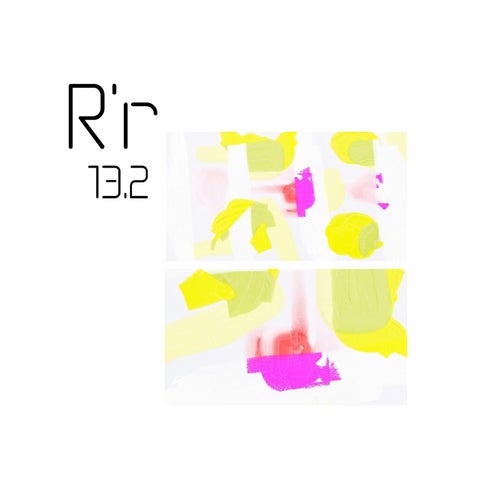 contents . Scorpion Prize 29 . aftermoon . bomb nor embody . the noun is on . into the next

◇◇◇ I want to thank editors Scott Metz and Paul Pfleuger, Jr. for asking me to judge the Scorpion Prize for the latest issue of Roadrunner. It was a pleasure, a challenge, and an adventure for me as I surveyed the land- and seascapes of these 38 poems. The voices of the haiku community have continued to evolve since the inauguration of the Scorpion Prize in 2005, and I commend each of the authors in issue 13.1 for expanding the borders and stretching the boundaries of my haiku and senryu sensibilities. These are poems that almost feel as if they were born from a stream of consciousness, yet one senses that the words and images have been put together with intent, to mean something, as the author painted the air around the canvas rather than the canvas itself. Each one of these 38 poems engages and inspires the reader/writer in me. I haven&#39;t set out to explain the poetry, but rather to suggest what took hold of me and wouldn&#39;t let go after multiple readings and ponderings, and yes, even discussion on a recent Saturday morning with neighbors who happened to stop in for coffee. Each poem in this issue speaks for itself, with word choices that entice and juxtapositions that intrigue the haiku mind. This is poetry that requires time to ferment on the subconscious level, for it is not what we know by the intellect alone, but what also reveals itself to the heart. Over time, the most difficult part of this exercise was that of choice because I found myself engaged by each poem and wanting to explore the threshold of awareness it awakened in me. But because time and space are limited, I’d like to mention a few of these poems and finish with the Scorpion Prize. A number of the haiku challenged me more than others. They weren’t readily accessible at first but as I thought, felt, and talked them out, nuances of meaning and insight surfaced:

This haiku, with its stark imagery, speaks to me about the hunger for knowledge. What we donâ&amp;#x20AC;&amp;#x2122;t know or understand, what we canâ&amp;#x20AC;&amp;#x2122;t decipher, keeps us frozen in the season of ignorance and misunderstanding. We must sharpen the desire to feed our minds as well as our bodies if we are to adapt and survive. Other haiku reminded me that the world is at our fingertips. These poets do not live marginally, but immerse themselves in the open spaces, the solace, beauty, and bliss that only nature can offer us:

all night I&#39;ve tried on houses butterflies taste with their feet

And still others captured me with their lighthearted look at what it means to face ourselves in the mirror. In the following senryu I love the play on words and the long “e” sounds, which echo the ego: the “me me me—it’s all about me!” attitude, which permeates the human condition:

the fantasy that is me central singularity

George Swede There were haiku that drew me into the mysteries of the underworld:

one eye on the green octopus at the bottom of night

and those that looked squarely at where we’ve been and how we’ve conducted ourselves as a species. Like nature, human beings have always had enormous potential and promise for growth on an evolutionary scale, but we come with thorns, our mistakes and failures, some of which have drawn blood on a grand scale: so greenly history puts forth thorns

And finally, that theme brings us to the award for the Scorpion Prize:

a blue coffin one nail escapes the solar system

The blue coffin, is it not our blue planet spinning through space? This compelling image overwhelms and saddens me. We function under the misguided assumption that the earth is here to take care of us, but is it not the other way around? And what kind of progress are we making? The hole in the ozone, melting icecaps, overpopulation, the drain on and destruction of natural resources, the extinction of species. But still, this is not a poem of dire consequences. There is hope: one nail escapes and the coffin is not sealed! Poetry can bring us to greater awareness, give us hope, and move us to action. We know this through the history of literature. And we witness it here, in the example of this remarkable haiku.

Francine Banwarth is the editor of Frogpond, the journal of the Haiku Society of America. She has served as second vice president to the HSA, on the board of Modern Haiku, and is a member of the Mineral Point, Wisconsin,Â haiku group. Her haiku, senryu, rengay, and haibun have been widely published.

incomplete beings you and me complete the city Kala Ramesh

lavender through the wall, softly waves or lovers Mark Harris

Beth a house I wanted to live in Jack Galmitz

time in the dark the longer Jim Kacian

into a shell the sun as if sex Mark Harris

after rain the seems of the moment Jim Kacian

past drunk the assonance of lost chances Paul Pfleuger, Jr.

beside himself besides beside me nemesis Jim Kacian

lest we conjugate with a bomb the west windÂ Mark Harris

no right turns a bomb on summer sun Mark Harris

mirror of a nightmare held to stars Darrell Lindsey

Spanish moss ghosts walking away from you. Mike Andrelczyk

the red legacy of a tool misused Eve Luckring

the noun is on

sharing clouds of equations beyond us Helen Buckingham

sun under the waves the bodies we wake to Mark Harris

the a born in England Jack Galmitz

night the side of earth the noun is on Gary Hotham

years of kanji every spill is Patrick Sweeney

lost wages for what salt has to say Cherie Hunter Day

as if a lottery ticket and then Eve Luckring

do my invest laugh

eat up of sin

own airy elm us

of light paused by

Sunday evening the straight-backed discipline of the illiterate Patrick Sweeney

embedded within the dashboard the father waits Lee Gurga

Chinese remainder of the dandelion beyond Patrick Sweeney Â

shedding night wingless into the next Eve Luckring

R&#39;r 13.2 by R&#39;r is licensed under a Creative Commons Attribution-NonCommercial-NoDerivs 3.0 Unported License.

poetry of inquiry and precision