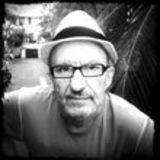 ROLAND is a photographer since the early 70s and is currently living in SE Asia. He start covering Asia with the war in Cambodia in 1973 and went on to cover wars and turmoil on the planet until the 1990s with the Gamma and Gamma-Liaison photo agency. From 1979 to late 80s contribute regularly with Time magazine. From the late 1980s he move to Los Angeles and work mostly on movies after exclusives images of the blockbuster Platoon. Went on to work on many films with Oliver Stone and other great directors including Ridley Scott (Thelma&Louise), Brian de Palma, Michael Cimino, Roland Joffe… Move to Asia in the 90s and get involve in publishing with a company establihed in Bangkok. Currently working as a photographer, a publishing consultant and also organizing photo workshops. His books are available at AMAZON.COM