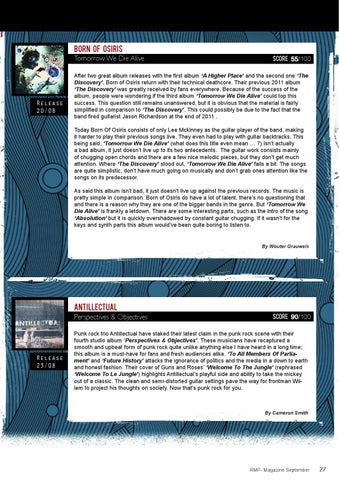 After two great album releases with the first album ‘A Higher Place’ and the second one ‘The Discovery’, Born of Osiris return with their technical deathcore. Their previous 2011 album ‘The Discovery’ was greatly received by fans everywhere. Because of the success of the album, people were wondering if the third album ‘Tomorrow We Die Alive’ could top this success. This question still remains unanswered, but it is obvious that the material is fairly simplified in comparison to ‘The Discovery’. This could possibly be due to the fact that the band fired guitarist Jason Richardson at the end of 2011 . Today Born Of Osiris consists of only Lee Mckinney as the guitar player of the band, making it harder to play their previous songs live. They even had to play with guitar backtracks. This being said, ‘Tomorrow We Die Alive’ (what does this title even mean … ?) isn’t actually a bad album, it just doesn’t live up to its two antecedents. The guitar work consists mainly of chugging open chords and there are a few nice melodic pieces, but they don’t get much attention. Where ‘The Discovery’ stood out, ‘Tomorrow We Die Alive’ fails a bit. The songs are quite simplistic, don’t have much going on musically and don’t grab ones attention like the songs on its predecessor. As said this album isn’t bad, it just doesn’t live up against the previous records. The music is pretty simple in comparison. Born of Osiris do have a lot of talent, there’s no questioning that and there is a reason why they are one of the bigger bands in the genre. But ‘Tomorrow We Die Alive’ is frankly a letdown. There are some interesting parts, such as the intro of the song ‘Absolution’ but it is quickly overshadowed by constant guitar chugging. If it wasn’t for the keys and synth parts this album would’ve been quite boring to listen to.

Punk rock trio Antillectual have staked their latest claim in the punk rock scene with their fourth studio album ‘Perspectives & Objectives’. These musicians have recaptured a smooth and upbeat form of punk rock quite unlike anything else I have heard in a long time; this album is a must-have for fans and fresh audiences alike. ‘To All Members Of Parliament’ and ‘Future History’ attacks the ignorance of politics and the media in a down to earth and honest fashion. Their cover of Guns and Roses’ ‘Welcome To The Jungle’ (rephrased ‘Welcome To Le Jungle’) highlights Antillectual’s playful side and ability to take the mickey out of a classic. The clean and semi-distorted guitar settings pave the way for frontman Willem to project his thoughts on society. Now that’s punk rock for you. 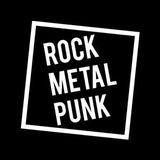