Richard Ford, author, Guest at the Göteborg book fair 2013 “So much at Göteborg Book Fair is dedicated to the readers! You find librarians and teachers, and hords of readers here just for the sake of the book, to look and to buy! To me that is fantastic. I feel that other fairs are often there for the industry. But after all, literature belongs to the readers. The industry is just an intermediary, nothing more. The books are there for their readers.”

A celebration for book-lovers

öteborg Book Fair is an important event for many people in the book business, but it is so much more than this, it is also: A ­manifestation of arts and culture. A ­literary festival. A celebration of the written word and freedom of expression. And, not least, a natural part of the year’s events for ordinary readers. “You are going to the fair, aren’t you?” “I’ll see you in Göteborg then?” Every September, these are two of the most common questions that book-lovers ask each other. Publishers, authors, agents, librarians, teachers, literature enthusiasts and consumers of arts and culture travel to Göteborg from Sweden, Scandinavia and the rest of the world. And for the people of Göteborg, the fair is a sure sign of autumn. The Göteborg Book Fair affects many more people than just the exhibitors, guests and visitors – the air vibrates with conversations about books and culture far outside its walls. Media coverage, with around 1,400 accredited journalists, ­massive attention from the press and live reporting, features and news items on the radio and television, reaches further afield than the city, even abroad. When the first Göteborg Book Fair was held in 1985, there were 5,000 visitors. Recently, that figure has been around 100,000 – a magical trend for a fair that makes Göteborg the capital city of books for four days each year.

specific country or linguistic area, a region or a topical cultural issue – every year, the Göteborg Book Fair has a specific theme that pervades the entire fair. The theme for 2014 will be Brazil and literature from Brazil. These annual themes permeate the fair, entailing a great deal of positive attention not only for literature but also for the culture of the relevant countries and linguistic areas. The 2010 theme, African literature, received extra attention. There were 68 participating authors from 28 countries, as well as 15 African publishers, and the Göteborg Book Fair’s broadest ­theme so far generated measurably increased interest and a ­large number of translations into Swedish and other Nordic languages. “Our aim is that interest in a particular cultural area will result in more translations – in both directions. Each theme causes many ripples on the water”, says Maria Källsson, Book Fair Director and Head of Programme for the Göteborg Book Fair. Naturally, the Nordic region has been well represented over the years. This has been done by focusing on individual countries, as well as by using common Nordic themes, as in 2012. The Baltic countries of Estonia, Latvia and Lithuania have all been the subjects of individual focus, as have British, Spanish, Polish, Dutch, German and Romanian literature. Subjects such as freedom of speech, children’s literature, multiculturalism and indigenous peoples have also all received special attention. The 2013 focus on Romanian literature had a large impact in the media. The Book Fair’s main partner in the work towards next year’s theme is the Brazilian embassy. “Brazil is exploring new ways of becoming a part of the world – through our ideas, traditions and culture”, says Leda Lúcia Martins Camargo, the Brazilian ambassador to Sweden.

Ragnhild Hansson, project manager, Food &amp; Garden “Food &amp; Garden at Göteborg Book Fair is an important meeting-point for food and garden culture. Gastronomy and horticulture are basic ingredients to any society/human being. The top Food &amp; Garden creators of our time show themselves and meet their audience. Talks and new books are initiated. Knowledge, creativity, sensuality – seasoned with a pinch of play and madness!”

Business among the crowd

he International Rights Centre, IRC, is one of Europe’s most important meeting places for trading in Nordic literary rights. At IRC, publishers and literary agents book meetings to buy and sell rights, get an idea of the supply of titles and meet international colleagues with a specific interest in Nordic literature. At the fair you will find the industry’s largest representation of publishing companies, agents and authors from the Nordic region. This unique opportunity to survey the market is what makes Göteborg Book Fair the foremost venue for trading in Nordic literary rights. Established in the late 1990s, the ever growing IRC has become a significant and highly appreciated part of the Book Fair. – The International Rights Centre in Göteborg has a great atmosphere and is a good space for meetings – one has privacy, yet it’s also very communal. The Göteborg Book Fair is also a great celebration of international authors and it’s inspiring to see how well attended the fair is by the public, says Andy Hine, Foreign Rights Director at UK-based Little, Brown Book Group. Johanna Kinch, literary agent at Bonnier Group Agency, agrees: – The Göteborg Book Fair is one of the nicest fairs. It’s vibrant and accessible and you get to meet not only a lot of Scandinavian publishers, but also many German, Dutch and French publishers.

Joakim Hansson, CEO, Nordin Agency “Göteborg provides a magic mix of meetings with foreign ­publishers and our Scandinavian authors. We are looking ­forward to the ­opportunities 2014 when IRC will be expanding to trading with both book and film rights.”

Sections: All sections offer a stage for open seminars and discussions. Digital Square 442 sq.m. The major novelty of the 2013 Book Fair –a brand new section dedicated to the paperless book. An arena of its own for the actors on the digital book market. Forskartorget (Research Square) 180 sq.m. In collaboration with universities, colleges, foundations, authorities, organisations, publishing companies and the Book Fair, Research Square presents the popular scientific programme at the fair. International Rights Centre, IRC, 700 sq.m. A meeting-point for agents and publishers from all over Europe where they can survey the Nordic market and spread Nordic authors abroad. Trading has also become more international. In 2014 IRC will also be offering trading of film rights. The International Square, 1 225 sq.m. A network made up by a large number of organisations, publishers and authorities, that works with development issues and has a global focus. Major topics are human rights and freedom of speech. Food &amp; Garden, 1 020 sq.m. Well-known authors in the fields of food and gardens – chefs, experts in the fields of food and gardens – are presented by trade at Kockteatern (the Chef’s Theatre) and Trädgårdsscenen (the Garden Stage). The Cloud, 459 sq.m. The Cloud takes off in the graphic industry and turns to actors looking to find new collaborations in order to grow and develop. Initiated talks, lectures and workshops act as fuel in this creative process. Plats för barn! (Room for Children!) 224 sq.m. The non-profit organisation Läsrörelsen’s major initiative in 2013 in cooperation with the Book Fair. An ambiguous name which is also a physical location at the fair as well as a vital part of this year’s seminar programme, that gives a widened perspective on children and the society. Behold Man, 291 sq.m. Through Behold Man, the Church of Sweden strives to stimulate meetings between the church and cultural life in general, and to emphasize questions of life, views of man and faith.

eally, it’s obvious: a good event programme attracts the general public. And if the public come, even more exhibitors will want to take part. This means that the programme can be even better … and so on. Ever since Nobel Laureate Isaac Bashevis Singer attracted one thousand people to first Göteborg Book Fair in 1985, the seminar programme has been one of the fair’s greatest strengths. Around 400 seminars were held in 2013, and Anneli Jonasson, Programme Coordinator and International Relations Manager, annually faces the pleasing challenge of choosing from all the proposals that arrive: “We receive hundreds of ideas from publishers, associations and public authorities. There are lots of people who want to be part of this!” Anneli Jonasson and her colleagues then put a lot of energy into finding thematic links: “We see trends and flows at an early stage. Subjects that are always popular are education, children’s literature, history and biographies.” Besides the seminars, there are many programmes and events on stages, in theme sections and at the exhibitors’ stands. The items on the programme for Thursday and Friday ­mornings are mostly for those in the trade, while on Friday afternoon, Saturday and Sunday the fair is open to the general public. Some seminars attract a small number of people with a ­specialist interest – others set audience records. This happened in 2002, when linguistic scholar and debater Noam Chomsky talked about the world after September 11. The Book Fair had to ­specially book the neighbouring arena, Scandinavium, to have enough capacity for the 3,700 people who wanted to listen.

Anders Ekberg, project manager, The Cloud “The Cloud is a meeting-point for anyone working professionally with ­communication. We want to initiate and lead the discussion about the role of printed communication in the future. Surveys show that roughly ten per cent of the fair visitors are professionally linked to us. These are photographers, communicators, authors, book editors etc.”

Mona Holmfors, Head of project, Research Square “Research Square is an established knowledge arena among researchers, trade people and the general public at the Book Fair. It’s a place where current research is presented in a more popular scientific fashion at public mini lectures. It is four days of exchanging knowledge, opinions and ideas. From the stage researchers and organisers offer the latest findings in current social issues in 80 individual programmes. Each year there is also a number of exhibitions at the square.”

The fair at the heart of everything

öteborg Book Fair is at the centre of every­ thing, to say the least. It is difficult to think of a more strategically located site for this annual celebration of reading and writing. The fully-integrated hotel, fair and conference facilities, with The Swedish Exhibition &amp; Congress Centre and Gothia Towers, are part of Göteborg’s event area, with arenas such as Scandinavium and Ullevi, the Liseberg amusement park, the Museum of World Culture, Filmstaden Bergakungen cineplex and the ­Universeum Science Discovery Center. But the area around the fair also has plenty of restaurants, cafés, bars and hotels, as well as small parks and other oases. It is not only Göteborg’s main railway station that is within walking/tram distance, but also a great many of the city’s most important arenas for art and culture: the Gothenburg Museum of Art, Göteborg City Theatre and the Concert Hall at Göta­ platsen, the Stora Teatern theatre at Avenyn and the Göteborg Opera by the Göta älv River. Whatever visitors to the fair need, finding it is always more or less the same: “It’s just around the corner.”

Writers and other guests at Göteborg Book Fair 2013 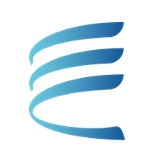