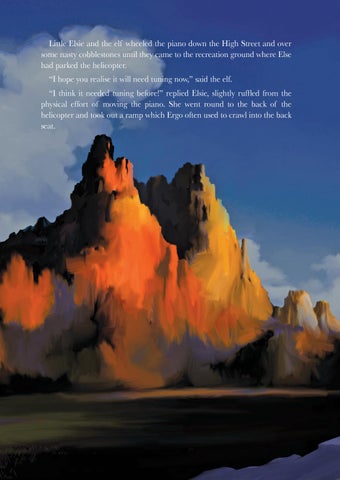 Little Elsie and the elf wheeled the piano down the High Street and over some nasty cobblestones until they came to the recreation ground where Else had parked the helicopter. “I hope you realise it will need tuning now,” said the elf. “I think it needed tuning before!” replied Elsie, slightly ruffled from the physical effort of moving the piano. She went round to the back of the helicopter and took out a ramp which Ergo often used to crawl into the back seat.