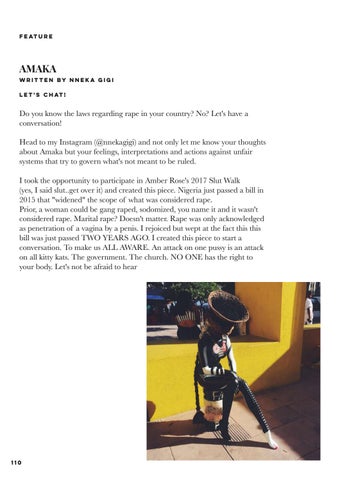 Do you know the laws regarding rape in your country? No? Let's have a conversation!Â Head to my Instagram (@nnekagigi) and not only let me know your thoughts about Amaka but your feelings, interpretations and actions against unfair systems that try to govern what's not meant to be ruled. I took the opportunity to participate in Amber Rose's 2017 Slut Walk (yes, I said slut..get over it) and created this piece. Nigeria just passed a bill in 2015 that "widened" the scope of what was considered rape. Prior, a woman could be gang raped, sodomized, you name it and it wasn't considered rape. Marital rape? Doesn't matter. Rape was only acknowledged as penetration of a vagina by a penis. I rejoiced but wept at the fact this this bill was just passed TWO YEARS AGO. I created this piece to start a conversation. To make us ALL AWARE. An attack on one pussy is an attack on all kitty kats. The government. The church. NO ONE has the right to your body. Let's not be afraid to hearÂ 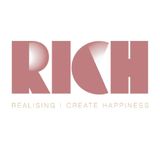