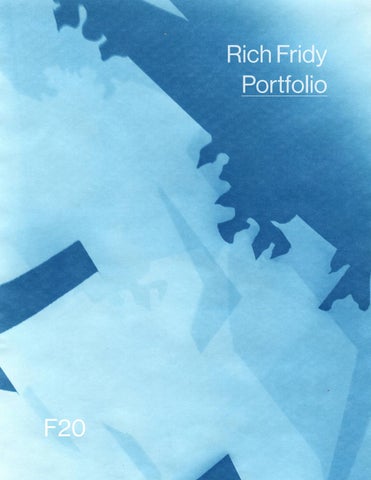 This proposal for a bus stop on Georgia Techâ&#x20AC;&#x2122;s campus aims to express the archetypal qualities of the stud wall in frame construction, but with a fresh take on materiality and tectonics. Sited atop an existing busy sidewalk, the main portion of the structure encompasses and provides shade to pass-through pedestrian traffic. A break in the roof that reaches towards the street corner suggests the location of the bus queue.

The louvred walls are elevated off the ground and floated away from the fiberglass roof, contradicting the typical assuptions that might be made of the structural function of stud framing members.

Prefabricated wood framing units fasten into aluminum structure that connect to the fiberglass roof and the concrete slab below.

From the interior of the structure, the reveals between the frame walls and the fiberglass roof highlight the gravity of the structure and invite a closer inspection of the functionality of material connections. The multiple orientations of the louvers on each wall and the colored-glass lightwells in the roof produce complex light conditions from all vantage points.

Kandinsky’s 1947 book Point and Line to Plane aimed to systematize the spiritual qualities that were explored in the work of the non-objective painters— the “Science of Art” in Kandinsky’s words. In his chapter on “point”, he emphasized the intrigue of the formless and immaterial. He references the period— the linguistic “point”—as being simultaneously physical and void, declarative and silent. In photography, and other objective media, the vanishing point occupies this same conceptual space, at once the subject and the unknown. In architecture, it can be seen where shadows cause formal qualities to become indecipherable. This project follows a design process that creates new forms out of this formlessness, represented in the shadows and vanishing points of photographs taken in Midtown Atlanta (opposite). Through abstraction, isolation, combination, and iteration, the project aims to brings new purpose and physical reality to the spiritual intrigue of Kandinsky’s “point.”

Simplified line drawings isolate and emphasize the voids at the center of three photographs. When combined, the amalgamation of these voids produces new, more complex formal readings.

The amalgamation drawing is then translated to a physical model, where the heights of each shape correspond to the darkness of lineweights in the drawing. When backlit, the model produces inverse readings and creates new instances of light and shadow, clarity and formlessness, repeating the abstraction process again.

A selection of sketches from weekly sketchbook exercises emphasise tectonic qualities of buildings and landscape structures throughout Midtown Atlanta and on Georgia Techâ&#x20AC;&#x2122;s campus.

Referencing the collaged compositional elements of Picassoâ&#x20AC;&#x2122;s 1912 painting Bottle of Suze, this project proposes a landscape of masses and paths that encircle and lead to a central field, taking the form of the table in the painting. In removing the Suze bottle, the periphery of the painting becomes the subject. The subtle breaks, shifts, and gaps in the collaged paper of the painting can be read as monolithic shifts and voids in the landscape.

Masses within the landscape slope upwards from the outside edges of the composition, providing paths to occupiable roofs that view the activities or performances taking place at the center of the landscape.

The primary entry axis bisects the landscape and tunnels through the masses, producing complex circulation and enclosure conditions.

Voids, carves, shifts, and splits produce patterned lighting conditions throughout the landscape that emphasize or produce figure-ground relationships between the masses.

For this project, a portion of one of Libeskindâ&#x20AC;&#x2122;s Micromegas drawings was cropped, analyzed, and recreated in Rhino. Rendered in bright colors, the drawings reference the concepts put forth in Voltaireâ&#x20AC;&#x2122;s science fiction novel of the same name by decontextualizing architectural form and convention to promote readings from new perspectives.

â&#x20AC;&#x153;An architectural drawing is as much a prospective unfolding of future possibilities as it is a recovery of a particular history whose intentions it testifies and whose limits it always challenges. In any case, a drawing is more than the shadow of an object, more than a pile of lines, more than a resignation to the inertia of convention.â&#x20AC;? Daniel Libeskind, The Space of Encounter

Built on a sloped site that connects two sidewalks, Split Paths proposes a terraced park that facilitates both direct circulation from one sidewalk to another and space to have a picnic, read a book, or reflect. The design centers around five poured-inplace concrete walls, which are punctured by circular openings that prescribe circulation. The singular opening at the top of the park splits into two, producing split circulation paths that lead in opposite directions down the lower sidewalk.

The procession of openings in the walls draw inspiration from the phases of cellular mitosis, the most basic building block of life and nature. (opposite) The spaces between these split paths alternate between concrete slabs and grassy slopes, producing an array of distinct spaces within the landscape.

Operating within a rectilinear kit of parts and a ‘90-degree-angles-only’ rule, this proposal for a semi-private “missing tooth” urban site is built around the return of a portion of the space to public use. The kit of parts becomes a series of walls, beams, and shading devices united by a shift of the southern half of the park to the west, creating an expanded public street corner. The enclosed portions of the park are organized into two rooms, which can be programmed for events. Narrow reveals between wall connections allow pedestrians walking on the sidewalk outside to see the activities happening on the inside.

This project, a musicianâ&#x20AC;&#x2122;s retreat in the desert, aims to explore how architecture can impact the creation and performance of a piece of music. Programmed both as a house and a stage, the proposal blurs the lines between private and performance space, and draws similarities to the exposed scenographic interpretations of a houses one might find on a theatrical set.

The house is designed to host a Musicianin-Residence program that provides a place of solitude for the production of new music. The building provides numerous spaces to reflect and experience the expansive landscape. In addition to a small studio apartment space, the building contains a light-filled research and composition space, a concrete walled recording studio, and a flexible living space that is converted to a stage from which the musician performs their final piece at the end of the residency program.

The musician’s house draws inspiration from John Hejduk’s Wall House, and the implied choreography and scenography of its concept. Visitors to the house travel upwards to a raised processional that leads to its monolithic wall. The wall expresses its own archetypal use as a primary feature in all architectural space— a self-referential architecture parlante. In the musician’s house, the monolithic wall unifies and expresses a series of operations that reference earlier projects in the Core semester. The Corner Park is reoriented in the vertical direction, and its upward shift is expressed in section, lifting the west side of the mass upward from the landscape. This operation is repeated in plan with a rotational shift, creating a triangular gap for vertical circulation and producing a seemingly-impossible cantilever from the southwest joint where the two masses connect.

Visitors to the performance portion of the residency program approach the site from the wall-side of the house, which shields the interior and the landscape from view. Perforated metal screens extend outward into the landscape, and produce dappled light on the interior spaces. 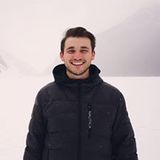