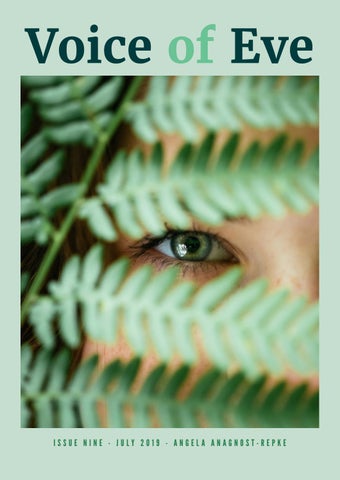 Don’t call her exquisite When her leaves are the sun, Waving to the blue sky. Don’t gawk at her majestic crown When the grass scratches her trunk. You’ll only rake up her leaves And throw them away After they fall. And once the sky turns gray, Her branches will reach, naked, Poking holes through the thick air. She will breathe. No, you won’t stop, Or take a picture When icy winds whip her, Leave her shaken, And rattle her roots. You won’t look then. You will forget her, Wet trunk of tears. But don’t call her inspiring When she gifts you rejuvenation, Sap tiptoeing up her trunk, Veins giving nutrients Through her green leaves, And floating angel wings Falling on your porch. She does not need you. With her roots coiling beneath her,

Clawing, Stretching through the dirt, She will not move.

Angela-Anagnost Repke is a writer dedicated to raising two empathetic children. She hopes that her graduate degrees in English and counseling help her do just that. Angela is known for her dreadful technology skills and her mean Grecian chicken. She has been published in Good Morning America, ABC News, Scary Mommy, The Good Men Project, and more. Angela has personal and literary essays in Literary Mama, The HerStories Project, the anthology, “Red State Blues” by Belt Publishing, among others. She is currently at-work on the cross-generational memoir, Mothers Lie. 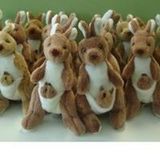