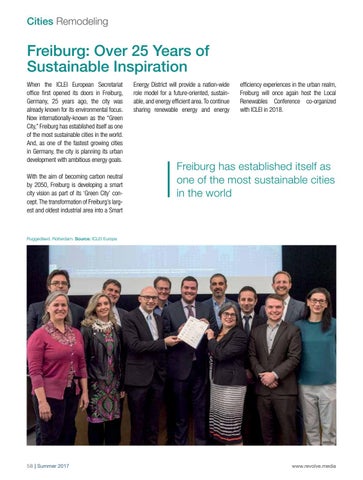 Freiburg: Over 25 Years of Sustainable Inspiration When the ICLEI European Secretariat office first opened its doors in Freiburg, Germany, 25 years ago, the city was already known for its environmental focus. Now internationally-known as the “Green City,” Freiburg has established itself as one of the most sustainable cities in the world. And, as one of the fastest growing cities in Germany, the city is planning its urban development with ambitious energy goals. With the aim of becoming carbon neutral by 2050, Freiburg is developing a smart city vision as part of its ‘Green City’ concept. The transformation of Freiburg’s largest and oldest industrial area into a Smart

Energy District will provide a nation-wide role model for a future-oriented, sustainable, and energy efficient area. To continue sharing renewable energy and energy

efficiency experiences in the urban realm, Freiburg will once again host the Local Renewables Conference co-organized with ICLEI in 2018. 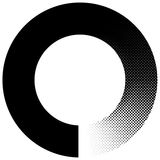 Cities need to be more sustainable. Cars can act as storage. Hydrogen is a real solution. The energy transformation is underway.

Cities need to be more sustainable. Cars can act as storage. Hydrogen is a real solution. The energy transformation is underway.