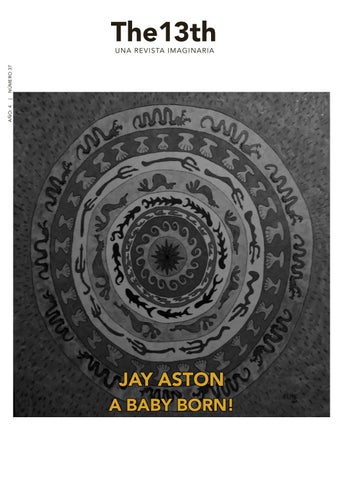 Exactly two decades ago, Gene Loves Jezebel (or at least 80% of the original line-up, as we will see further on this interview, there’s no chance Michael Aston will ever be accepted again on the band) edited their so far new material. In the middle the river ran and there were many interesting things: solo projects, tours, compilations and a greatest hits acoustic release. But what you can call “new material”, nothing from Jay, James Stevenson, Peter Rizzo and Chris Bell together. The wait was long and finally, with the participation of the fans through the Pledgemusic.com plattform, “Dance Underwater” has just been released. About the record and life in general, singer and leader Jay Aston kindly agreed to chat with The 13th.

How do you feel now, with the record on the Street? (although it’s not edited yet, some lucky ones already have it via Pledgemusic) Was it an exhausting process? Feel very happy about it. I’d call it an intensive experience, not exhausting. Exhilarating. We were all so into it. A very creative time. Wonderfully collaborative. Much laughter & of course…dancing! Where did the songs came from? We know that, for example "How Do You Say Goodbye (to Someone You Love)" already existed under a different name in the Ugly Buggs record. Is there another ones on this record that have a previous recorded story or were played live in the past? “IZITME” was a song that the band picked out from there many I have on my library. I originally wanted to do another song, but it didn’t fit on the very “up” vibe of the album. I’m not very good at judging my own songs. James always loved the song “Ain’t it Enough” I wrote a long time ago & weirdly enough, I was working on for my solo album. It’s very different vibe wise to my original. A touch of humor, where the original is quite foreboding. He even recalled part of the melody I would never have recalled in a million years. I have so many songs. Pete Rizzo & I wrote a lot together. Something that developed through “Ugly Buggs.” He’s an incredi-

bly gifted artist. “Charmed Life” came about through a backing track he created for a performance in Italy {we only ever did two gigs!}. We never played it live, but I loved it & luckily, so did everyone else. Peter Walsh & the whole band contributed so much to this record. James picked out many of the songs. How was the experience of editing a record under the Pledgemusic platform, which allows the fans to collaborate on the project? Well we felt we had some great music to share, but it all depended on whether anyone was interested in hearing a new Gene Loves Jezebel album. Our great fans answered that question emphatically. We loved interacting with them. A beautiful experience. How did you feel writing again for Gene Loves Jezebel? I feel we’ve never been more of a “band” than we are now. Everybody was so into the music. The vibe at Barrie Barlow’s {from Jethro Tull} studio was truly great. A special time. In the past, Peter Walsh produced two beautiful records of GLJ (“House Of Dolls” & “Heavenly Bodies”), which captured the energy of the band with a great and powerful final sound. How did you contacted him this time? Are you happy with the result? We love the album. Peter did “Desire” too! He’s brilliant & he put so much into this album. He was the only guy that we wanted to work with. He has worked & continues to work with so many truly wonderful people. Lovely voice too! You are an active social network user. Do you consider it a useful tool for artists in general and musicians in particular? Very useful for me. I like putting things out there. Especially what I call my “Pure” music. I’ll record something very quickly & share it. It is what it is. Captured in the moment. Same with film & photos. I’m very passionate about Human rights, Animal Rights & a great planet! It’s very satisfying to be able to share & openly debate ideas.

What do you think about today’s music industry, where we can see that most of the charts lists and radio programs are full of pre-manufactured products, more interested on the container than the content. I pay no attention. I live in my own bubble. The beauty of the modern world. You were in Buenos Aires twice. First in 1988 (your brother Michael was in the band) and then in 2000. Which are your memories of those past visits? Exhausting! I met so many lovely people. The gigs were always fantastic. As a Spurs fan, Argentinians are so important to me! Ossie Ardiles, Ricky Villa & our great manager Mauricio Pochettino are all Argentinian. I always support Argentina in the World Cup! I hope we come back soon. Loved walking around Buenos Aries & hanging out with fans. By the way…can we dream with see both brothers together again on stage or is it a closed case? You said it and we do: “Dream a Big Dream” ;) No interest. No point. Is the Ugly Buggs project (with Peter Rizzo) finished or can we expect new records and shows? Ugly Buggs is great fun & very creative. If people want us, we’ll come I’m sure. There’s definitely some interest in releasing our first album, but everything is focussed on the new Jezebel album ri-

ght now. Some forthcoming shows in Europe with The Mission are coming. What do you think about Wayne Hussey and his music? Wayne’s an original. No one sounds like him & think that’s the highest compliment one can pay any artist. He connects incredibly well with the fans. Also, he’s great fun! Which bands do you listen nowadays? I’m always looking for original voices. I love melody & words. Bob Dylan. Neil Young & Joni Mitchell are high on my list. Love Liz Fraser, Lee hazlewood, Radiohead’s guitarist Jonny Greenwood. Nick Drake & a billion other people I bump into on Spotify & YouTube. Which are the plans of Gene Loves Jezabel for this year? Is Argentina or South America on the horizon? We certainly hope so. We have an Agent, A record label & what we all believe to be a very strong record. “Summertime” in South America would be truly sublime. Thank you very much Jay for taking the time to answer these questions! Thank you for caring! 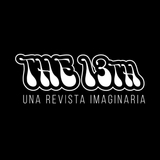 Interview With Jay Aston from Gene Loves Jezabel by Rodrigo Debernardis. This is part of the issue Number 37 of Magazine Revista The 13th

Interview With Jay Aston from Gene Loves Jezabel by Rodrigo Debernardis. This is part of the issue Number 37 of Magazine Revista The 13th