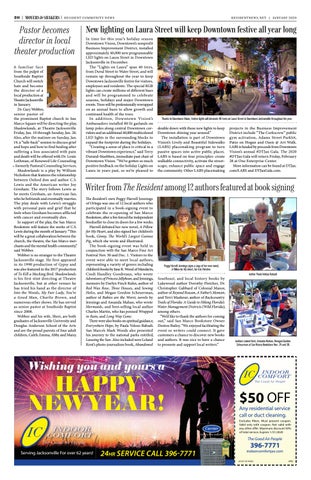 Pastor becomes director in local theater production A familiar face from the pulpit of Southside Baptist Church will switch hats and become the director of a local production at Theatre Jacksonville in January. Dr. Gary Webber Dr. Gary Webber, senior pastor of the prominent Baptist church in San Marco Square will be directing the play, Shadowlands, at Theatre Jacksonville Friday, Jan. 10 through Sunday, Jan. 26. Also, after the matinee on Sunday, Jan. 19, a “talk-back” session to discuss grief and hope and how to find healing after suffering a loss associated with pain and death will be offered with Dr. Louis Lothman, of Renewed Life Counseling – formerly Pastoral Counseling Services. Shadowlands is a play by William Nicholson that features the relationship between Oxford don and author C.S. Lewis and the American writer Joy Gresham. The story follows Lewis as he meets Gresham, an American fan, who he befriends and eventually marries. The play deals with Lewis’s struggle with personal pain and grief that he feels when Gresham becomes afflicted with cancer and eventually dies. In support of the play, the San Marco Bookstore will feature the works of C.S. Lewis during the month of January. “This will be a great collaboration between the church, the theatre, the San Marco merchants and the mental health community,” said Webber. Webber is no stranger to the Theatre Jacksonville stage. He first appeared in its 1990 production of Gypsy and was also featured in the 2017 production of To Kill a Mocking Bird. Shadowlands is his first stint directing at Theatre Jacksonville, but at other venues he has tried his hand as the director of Into the Woods, My Fair Lady, You’re a Good Man, Charlie Brown, and numerous other shows. He has served as senior pastor at Southside Baptist since 2008. Webber and his wife, Sheri, are both graduates of Jacksonville University and Douglas Anderson School of the Arts and are the proud parents of four adult children, Caleb, Emma, Abby and Maisy.

New lighting on Laura Street will keep Downtown festive all year long In time for this year’s holiday season Downtown Vision, Downtown’s nonprofit Business Improvement District, installed approximately 40,000 new programmable LED lights on Laura Street in Downtown Jacksonville in December. The “Lights on Laura” span 40 trees, from Duval Street to Water Street, and will remain up throughout the year to keep Downtown Jacksonville festive for visitors, employees and residents. The special RGB lights can create millions of different hues and will be programmed to celebrate seasons, holidays and major Downtown events. Trees will be professionally rewrapped on an annual basis to allow growth and continued health of the trees. In addition, Downtown Vision’s Ambassadors installed 80 lit garlands on lamp poles along central Downtown corridors and an additional 40,000 multicolored LED lights in the surrounding blocks to expand the footprint during the holidays. “Creating a sense of place is critical to a vibrant Downtown experience,” said Terry Durand-Stuebben, immediate past chair of Downtown Vision. “We’ve gotten so much positive feedback on the holiday Lights on Laura in years past, so we’re pleased to

Thanks to Downtown Vision, festive lights will decorate 40 trees on Laura Street in Downtown Jacksonville throughout the year.

double down with these new lights to keep Downtown shining year around.” The installation is part of Downtown Vision’s Lively and Beautiful Sidewalks (LABS) placemaking program to turn passive spaces into active public places. LABS is based on four principles: create walkable connectivity, activate the streetscape, enhance public space and engage the community. Other LABS placemaking

projects in the Business Improvement District include “The Corkscrew” public gym activation, Adams Street Parklet, Patio on Hogan and Oasis @ Art Walk. LABS is funded by proceeds from Downtown Vision’s annual #DTJax Gala. The 2020 #DTJax Gala will return Friday, February 28 at One Enterprise Center. More information can be found at DTJax. com/LABS and DTJaxGala.com.

Writer from The Resident among 12 authors featured at book signing The Resident’s own Peggy Harrell Jennings of Ortega was one of 12 local authors who participated in a book-signing event to celebrate the re-opening of San Marco Bookstore, after a fire forced the independent bookseller to close its doors for a few weeks. Harrell debuted her new novel, A Pillow for My Heart, and also signed her children’s book, Ginny, The World’s Largest Guinea Pig, which she wrote and illustrated. The book-signing event was held in conjunction with the San Marco Fine Art Festival Nov. 30 and Dec. 1. Visitors to the event were able to meet local authors, representing a variety of genres including Peggy Harrell Jennings signs a copy of her new novel, children’s books by Jane R. Wood of Mandarin, A Pillow for My Heart, for Kris Fletcher Cindi Handley Goodreaux, who wrote Adventures of Princess Jellybean, and Jennings, Southeast, and local history books by memoirs by Darlyn Finch Kuhn, author of Lakewood author Dorothy Fletcher, Dr. Red Wax Rose, Three Houses, and Sewing Christopher Gabbard of Colonial Manor, Holes, and Megan Gordon Scheuerman, author of Beyond Reason, A Father’s Memoir, author of Babies are the Worst, novels by and Terri Mashour, author of Backcountry Jennings and Amanda Mahan, who wrote Trails of Florida: A Guide to Hiking Florida’s Mermaids, and best-selling local author Water Management Districts (Wild Florida), Charles Martin, who has penned Wrapped among others. in Rain, and Long Way Gone. “We’d like to thank the authors for coming There were also books on spiritual guidance, out,” said San Marco Bookstore Owner Everywhere Hope, by Paula Veloso Babadi. Desiree Bailey. “We enjoyed facilitating the San Marco’s Mark Woods also presented event so writers could connect. It gave his journey to the national parks entitled, customers a chance to discover new books Lassoing the Sun. Also included were Leland and authors. It was nice to have a chance Kent’s photo-journalism book, Abandoned to promote and support local writers.”

Wishing you and yours a

$50 OFF Any residential service call or duct cleaning.

Excludes filters. Must present coupon. Valid only with coupon. Not valid with any other offer. Maximum discount 50% of total service. Expires 1/31/2020

Serving Jacksonville For over 62 years! 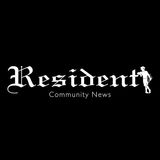