SALUTING ALL WHO SERVED With Respect &amp; Deep Gratitude Thank you to the brave men and women of our military for your service past and present!

Kevin D. Stath US Air Force &amp; US Air Force Reserves, Retired. Served in many countries overseas and in the US

James E. Ash Served in WWII 1942-45 as a tail gunner for the Army Air Corp. Shot down over Germany on his 13th mission. He earned four medals including a Purple Heart.

Warren Roberts U.S. Navy August 1943 to May 1946. Stationed in Okinawa, Japan when the A-bomb was dropped.

Robert D. Rust joined the Navy in 1943 and was a sub chaser with a patrol bombing squadron of the Pacific Fleet Air Wing No. 7, based in Panama and flying Pacific missions during WWII. He remained with his unit and served with sea rescue after the war. He passed away on July 13, 2019.

John D. Groppe U.S. Army 1st Lieutenant Served at Fort Benning, Georgia from August 1954 to May 1956 as a rifle platoon leader and company executive office in the 3rd Infantry Division.

Special Thanks to our Veterans!

MEMORY GARDENS OF RENSSELAER Since 1961

Remembering Our Veterans We honor the members of the armed forces who served and made the ultimate sacrifice.

“Nothing Better Between the Road and the Load”

Johnie Pinkerton Served with the Union Army during the American Civil War.

Max Sanders was a Corporal in the Army, and served from 1956 to 1958. He was stationed at Dugway Proving Grounds in Dugway, Utah. Max was a life-long resident of Jasper County.

Marilyn Jeannette (Eib) Johnson of Rensselaer, Pvt. 1st Class, US Marine Corp of the Women’s Reserve, served in WWII, Sept. 1943 to Nov. 1944. Marilyn passed away Sept. 24, 1992, and is inurned at Arlington National Cemetery.

Remember our Veterans Pay tribute to the gallant men and women who have served. Without their courage, freedom would only be a dream. &amp; DA

Einar Anderson Private-first class in the U.S. Army with the 411th Medical Collecting Discharge Company. He was stationed in Italy, Philippines, Rhineland, and Central Europe. He served from Oct. 21, 1942 to Dec. 9, 1945.

Charlotte Barker Anderson WAC in the U.S. Army. She was a Medical Technician 409, and was stationed in Atlanta, Georgia. She served from Jan. 29, 1945, to April 1, 1946. Charlotte was a life-long resident in DeMotte.

Thank you for your service

VETERAN - A person who served in the active military, naval, or air service and who was discharged or released under conditions other than dishonorable.

We wish to thank all who have and are now serving our country.

Thanking those who have done so much for so many

“Construction Solutions for the Future”

Lt. David Phillips induction into the OCS Infantry Hall of Fame at Ft. Benning, Ga. Phillips served in the US Army from 1968 until 1974.

SP4 Trish Wyrobek and CPL Jerry Wyrobek after their return from Germany, 1989. They lived 20 minutes from each other in Chicago, Illinois, but met on the strasse in Schwetzingen, West Germany. They have been married for 31 years- 8/26/17

Lester A. and Edna M. (McCann) Williams, Wheatfield. Les, who attained the rank of SP4, served in the Army as a Military Policeman in the 561st MP Company. He attended sniper school, Ranger school, was a member of the Army SWAT team, and had other extensive training in security. He served six years in the military, three active and three reserve. Edna, a Yeoman, was an E-4 during her two years active and four years reserve. She was stationed at the Pentagon in Washington, DC and was assigned to the staff of the Chief of Naval Operations.

Sales, Service and Installation DeMotte, IN

• Information about new memory care addition and other facilities • Tours 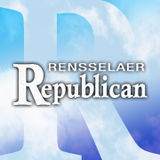