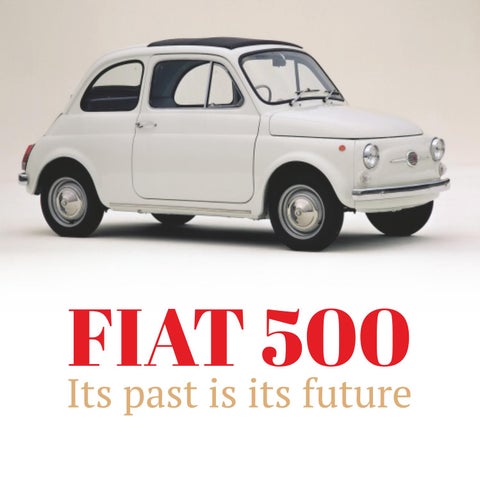 Its past is its future

Tiny symbol Fiat 500 is an italian symbol of people’s car. This Fiat model is also known as the “Cinquecento” and is universally linked with Italy - just like the iconic scooter, the Vespa. Designed by Dante Giacosa and launched in July 1957 this tiny car that evolved for use in the narrow city streets. The rounded shape and rear engine of the Fiat 500 soon went on to inspire other car manufacturers to emulate its design.

Timeless Production may have ceased but the Italian roads were still ﬁlled with huge numbers of these durable little cars that seem to go on forever. As the years passed cars like the Panda took over the small car market, but these classic cars that once were sold cheaply now were changing hands for astronomical amounts, in the early 2000’s it wasn’t unheard of for an abandoned, un-roadworthy classic Fiat 500 from the 1960’s, to fetch up to €3,000.

Young, wild and free The Cinquecento was marketed as a cheap, functional and economical town car for post-war Italy. Production of the iconic cinquecento ran for only eighteen years, from 1957 to 1975, but it had already secured its place in peopleâ&#x20AC;&#x2122;s hearts, both because of the low maintenance costs and fuel economy. Fiat produced a striking white with red stripes, sport version. This appealed to the younger buyer cementing the carâ&#x20AC;&#x2122;s popularity with a wider age demographic than originally perceived.

Future from past In 2007, Fiat released a modern reinterpretation of the original 500, with some notable changes. The rear-mounted engine was scrapped for an engine in the front, in line with most modern cars. The 2007 Fiat 500 was based heavily on the Fiat Panda, keeping many of the Pandaâ&#x20AC;&#x2122;s excellent features, such as the centre dash and gearshift lever. The new 500 was available with over 500,000 personalisation combination options, such as exterior and interior colours, and trims. This signalled one of the biggest changes in the Fiat 500. 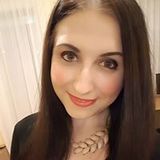 The past and the future of Fiat 500 - demo brochure

The past and the future of Fiat 500 - demo brochure