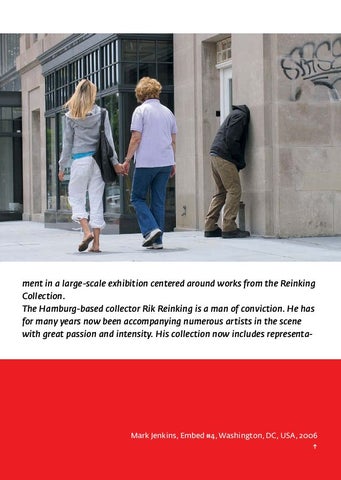 Works from the Reinking Collection

Urban Art is everywhere. Unsolicited, it leaves its traces and signs in urban space. It conquers the public sphere with stickers, posters, extensive murals, and stencil graffiti. It’s galleries are the world’s streets. What began as graffiti in the large cities on America’s east coast forty years ago has since experienced a decisive development. Even if the majority of actions continue to be produced anonymously and illegally, it is no longer exclusively a phenomenon associated with youth culture. Many of the protagonists have emancipated themselves from the pictorial language of graffiti writing and experimented with new forms of expression. With their subtle and humorous, occasionally offensive interventions in the urban landscape they attempt to force open familiar visual habits.

tive works by some of the most influential protagonists. The exhibition will be supplemented by new works, which have been produced specifically for Bremen. In addition, artistic interventions are planned in the Hanseatic city’s public space. Thus the exhibition will not only afford insight into a still young, unusual collection, it is at the same time a venue for the most recent developments of non-conformist art form that is in a constant state of flux. A comprehensive catalogue will be published including numerous illustrations and texts that are worth reading. A collaboration between Reinking Projects and Kunstraum Kreuzberg/ Bethanien. In cooperation with the 32nd German Protestant Kirchentag, May 20–24, 2009, in Bremen. Special thanks go out to the Friends of the Weserburg.

There is a variety of Urban Art. Temporary actions, unusual objects and sculptures, lettering, and characters are woven into the visual flow of the city as stumbling blocks. The possibility that many of the passers-by take no notice of these interventions is consciously taken into account. Thus they comprise a subversive counterweight to the constant presence of advertising, whose blinking images and seductive buying options dominate everyday life. It is not only in this respect that Urban Art is the expression of a critical examination of the social, cultural, and economic dimensions

of the city, which in the age of globalization is rapidly and sustainably changing. Urban Art has recently experienced a downright hype. Numerous galleries and museums around the world have organized exhibitions, and works by the most well-known representatives of the genre have gained premium prices at auctions. What some accuse of being commer-

cialization, the loss of authenticity, and the betrayal of original interests is viewed by many artists as a new chance. By transferring their themes and methods in the protected space of the museum, they develop very new and surprising approaches. But what kind of art is this that leaves its ancestral terrain? The Weserburg will be devoting itself to this develop-

ment in a large-scale exhibition centered around works from the Reinking Collection. The Hamburg-based collector Rik Reinking is a man of conviction. He has for many years now been accompanying numerous artists in the scene with great passion and intensity. His collection now includes representa-

Exhibitionflyer: "Urban Art - Works from the Reinking Collection" at Weserburg | Museum für moderne Kunst, Bremen / Germany from 16. May to 30. August 2009. 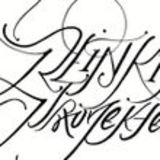