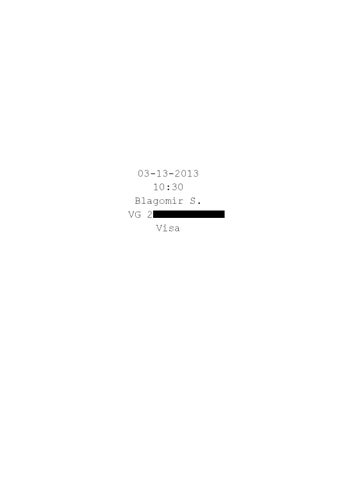 Blagomir S., born 1966â&amp;#x20AC;Ś Mr. S. grew up under the Soviet regime. Mr. S. studied at a school of Fine Arts in Sarajevo. On the 6th of February, 2012, Mr. S. filed an application for a residence permit in order to pursue his occupation.

The plaintiff (Blagomier S.) is not present. He is represented by his lawyer.

There is no precedent for this case. I have researched, and qualification for this academy is not recognised in Germany.

For this profession it is not possible to have an EU Blue Card. He is a designer, and not an artist.

What is an artist? An artist must be well-known for his art, and must do something fort the public. For example, like Christo and Jean-Claude.

The company is well-known in Frankurt, and absolutely contributes to the image of the city.

Judge: There must be a public interest in his occupation. The interests of the company are not enough. Lawyer: The company King Kamehameha have a contract with S. They want to employ him as an advertising designer.

The contractual wage of 7.25â&amp;#x201A;Ź per hour demonstrates that the work of Mr. S. cannot have exceptional significance. It sounds as if the one idea is that S. speaks Croatian and is cheaper to hire than a German. The company will continue to exist, whether or not S. works there.

Being able to speak the mother tongue is not a part of the required professional expertise.

Judge (dictates): The case will be withdrawn. Full stop. New paragraph. The claimant does not have a compatible higher education degree, and other reasons have not been presented. The claimant will carry the costs. The value of the claim is 5,000â&amp;#x201A;Ź. End of the session at 11:15. 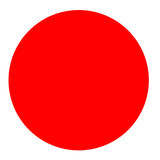