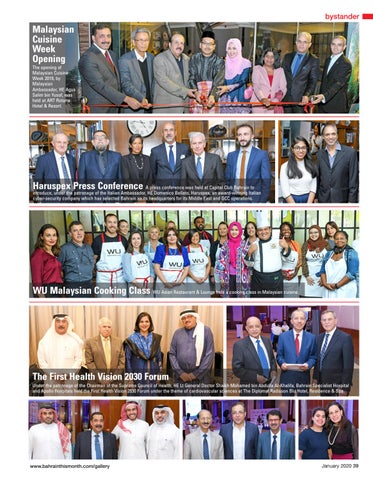 A press conference was held at Capital Club Bahrain to introduce, under the patronage of the Italian Ambassador, HE Domenico Bellato, Haruspex, an award-winning Italian cyber-security company which has selected Bahrain as its headquarters for its Middle East and GCC operations.

Under the patronage of the Chairman of the Supreme Council of Health, HE Lt General Doctor Shaikh Mohamed bin Abdulla Al-Khalifa, Bahrain Specialist Hospital and Apollo Hospitals held the First Health Vision 2030 Forum under the theme of cardiovascular sciences at The Diplomat Radisson Blu Hotel, Residence & Spa.