Avid Bookshop and Normal Books weigh in on the rise of e-commerce booksellers.

20 schools 9 counties The 20 high schools that sent the most students to the University of Georgia in fall 2019 came from nine counties out of the 159 counties in Georgia. The incoming class was largely concentrated in four metro Atlanta counties: Forsyth, Fulton, Cobb and Gwinnett.

A look into the 20 high schools sending the most students to UGA Sherry Liang Enterprise Reporter In fall 2019, 21% of the University of Georgia’s freshman class came from 20 out of the 469 high schools in Georgia that sent students to UGA, according to the university’s 2019 Fact Book. With 13 of these schools within 10 miles from one another, the incoming class was highly concentrated from Forsyth, Fulton, Cobb and Gwinnett counties. In contrast, Athens’ Clarke Central and Cedar Shoals High Schools have sustained a sharp decline in students attending UGA. Students from this centralized area of school districts post higher test scores and demonstrate a lower need for financial assistance compared with other Georgia high schools. Half of these schools are majority minority or close to it. Lambert High School, which sent the most freshmen in fall 2019, has sent more than 100 students every year since 2016, with schools such as South Forsyth High School close behind. For some of these students, attending UGA was a chance to transition out of high school. For others, such as Anusha Jain from Chattahoochee High School, entering college with the same peers was an obstacle to branching out. “I never really escaped Alpharetta, but I did branch out a little here,” Jain said.

‘Culture shock’ Now in her third year as a communication sciences and disorders major, Lucy Rivera said the transition to UGA was a “culture shock” for her. “It was a little uncomfortable to be in a classroom being the only Latina,” Rivera said. “We’re not really represented in actual higher education.” Rivera attended Peachtree Ridge High School, one of the majority minority schools. Peachtree Ridge has one of the highest percentages in racial diversity among the 20 high schools. The Hispanic population is the highest of the 20 schools at about 20.83%, and only 18.81% of the student body is white. In contrast, UGA’s undergraduate Hispanic population is just 6.6%. As a first-generation college student, Rivera said a lot of her college peers do not have to deal with the same financial challenge of funding their own college expenses — tuition, groceries and rent.  S E E B I G S C H O O L S PAG E A 8

Criminal justice reform program to roll out in March Jake Drukman Staff Writer The Athens-Clarke County Mayor and Commission unanimously accepted a resolution supporting a program to decrease recidivism, the tendency of criminals to re-offend, at a voting meeting Tuesday. Under the proposed program, officers in the ACC Police Department, University of Georgia Police Department and Clarke County School District Police Department can offer people suspected of certain misdemeanors the opportunity to participate in the program instead of being arrested. The pre-arrest diversion program will roll out in March, according to District 5 Commissioner Tim Denson. The program seeks to provide treatment and employment opportunities for eligible participants to reduce their chances of committing another crime.

Program requirements When a participant successfully completes the program, the Solicitor General’s Office will not pursue charges, and the case will be exceptionally cleared. Criminal charges will not be documented in court records or be entered in the participant’s arrest history. If a participant fails to complete their assigned requirements or is removed from the program, the Solicitor General’s Office will prosecute that person’s case. The resolution lists underage consumption of alcohol, marijuana possession, criminal trespass and theft by shoplifting as misdemeanors eligible for the program. A person considered for the program must be at least 17 years old. They are ineligible for the program if they have an active arrest warrant or a prior conviction for most felonies and cannot be on probation or parole. Police would still have discretion to charge individuals and pursue prosecution if there is “reasonable concern” they would not be a viable candidate for the program. The prosecuting attorney will evaluate the program requirements on a case-by-case basis. These could include community service, restitution, substance abuse evaluation and treatment, obtaining a high school diploma, finding and keeping a full-time job and other programs approved by a pre-arrest diversion policy advisory committee. The committee — including community stakeholders and former program participants — will assist with the program’s development and will evaluate the program’s operation.

PRE-ARREST DIVERSION PROGRAM ¼ Eligible participants cannot have an active arrest warrant or be on probation or parole. ¼ Criminal charges would not show up on in a participant’s court records or arrest history. ¼ The prosecuting attorney will evaluate program requirements on a case-by-case basis.

Commissioner Jerry NeSmith and Commissioner Tim Denson (not pictured) worked with local police and prosecutors to develop the program to reduce recidivism in Athens.  J A S O N B O R N / S T A F F As part of its criminal justice reform efforts, ACC employs a DUI Treatment Court, which seeks to help people substance abuse recover, according to the ACC website. ACC also has a Treatment and Accountability Court, which provides a probation alternative for mentally ill or mentally disabled nonviolent offenders, according to the ACC website. Athens’s Parental Accountability Court helps parents who are unable to pay child support make regular payments and avoid incarceration.

Lawmakers weigh in District 3 Commissioner Melissa Link said she supported the program but wanted the Mayor and Commission to go further and move toward decriminalizing marijuana. District 2 Commissioner Mariah Parker spoke in favor of moving forward with the program but had reservations about giving police discretion to not offer the program, which could then be “weaponized against certain communities” due to race. Mayor Kelly Girtz said Denson and District 6 Commissioner Jerry NeSmith worked in conjunction with ACCPD Chief Cleveland Spruill and Solicitor General C.R. Chisholm to develop the program. At the meeting, the Commission also approved a budget amendment allocating $200,000 for an emergency grant to Advantage Behavioral Health Systems, an Athens organization that aims to help community members with mental illness, developmental disabilities and addiction, according to its website. The emergency grant will be used to renovate a building run by ABHS after one of its housing units fell into disrepair in early 2019. The unit houses the Women’s Services Drug and Alcohol Treatment Program, which provides substance abuse treatment and transitional housing for families. Some women in the program could become homeless, and ABHS is in jeopardy of losing its state licensing to operate the Women’s Services Program, according to the amendment. ABHS will repay the grant over a three year term. 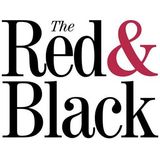