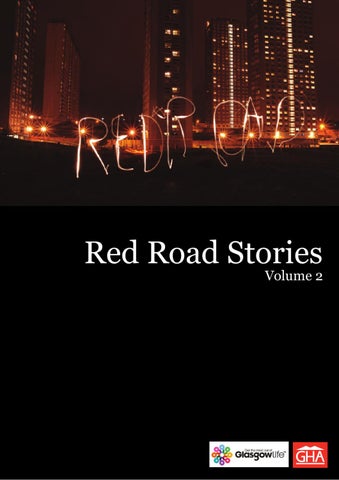 The following stories, comments and opinions were collected during the Multi-story exhibition held at the Gallery of modern Art 20 February to 27 June 2010. The exhibition featured projects and work created by local people alongside artists Iseult Timmermans and Lindsay Perth over the preceding 2 years. â&amp;#x20AC;&amp;#x2DC;My family moved from a 2 room-and-kitchen in College St to 10 Red Road Court in 1966. We came from a tenement with an outside toilet, no hot water and a rat infested midden which stank to high heaven in summer. My Dad wanted the 30th floor for the view, but we had to settle for the 29th. That became a curse, although the view never disappointed. As more people (all families) moved in, the lifts, which were already too small to cope with the high number of residents, often broke down. When you walk down 29 flights of stairs your legs shake when you get to the bottom, your legs are like jelly. At the start we thought we were in heaven, a fitted kitchen! Bath and hot water! Veranda! No more 4 to a bedroom. My aunt and uncle as well as others from our old area moved in and there was a great community atmosphere, lots of social liaisons. But ultimately the area began to decline, it was too over populated. My Mother remained there until the fire in 1977. Will always remember the afternoon and excitement of moving in when I was 12 years old.â&amp;#x20AC;&amp;#x2122; Anonymous

‘We moved into 10 Red Road Court in 1966. I was 2 years old. We moved from old tenements in Springburn with no bathroom, heating or toilet. My mother thought it was heaven although she was worried how she would pay the rent of £10.00 per month. We stayed in Red Road Court until September 1977 when we moved out following a fire which took the life of a young boy. People were moving to “back and front door houses” but my parents only wanted another flat as they felt safe and loved the community spirit. We then moved to 21 Birnie Court and lived on the 12th floor. The flat was eventually given up in August 2004 following the death of my father. We have many happy memories from our childhood and I am still friends with the girl that moved next door in 1966. Although the flats went down hill in the latter years they were a great place to live when we were young. Everybody knew everybody and you were never short of friends. I will be sorry to see them demolished as they hold so many memories – my granny, aunties, uncles, cousins – also lived in the various blocks however I know that they are no longer the place we once lived in and people deserve better nowadays. The Red Road Flats will be always be dear to my heart.’ Anonymous

I think the Red Road Flats will be missed, as will the opportunity to really make the best of mixing the local with the transient multi-cultural community. Anonymous

I will truly miss looking out from my living room window and seeing the Red Road Flats across the city. I have always felt them to be truly awesome. Pauline

I actually in live in Austria, but the Red Road Flats are really my first impression of Glasgow. When I was travelling in Scotland as a student, I was looking for a cheap place to stay so ended up at the YMCA for a few nights. I guess this was a peculiar way to see Glasgow, but also a friendly authentic one in a way. Somehow it feels strange that these building are now gone, although I didn’t spend more than two nights there. Anonymous

I only wish I had a story to share. Anonymous

I too will miss the Red Road Flats. An old memory that will be lost in the name of Regeneration. A gem in its heyday in the crown of deprivation. Lots of memories of hangin’ out in Red Road Flats in my youth. Anonymous

I was a student on the BA (Hons) Planning Course at the Glasgow School of Art, 1982-1986. One of our projects (urban design and local planning) involved a visit to the Red Road Flats. The area was already securing ‘a reputation’ – another failed utopia. My aunt lived at 16 Queen Elizabeth Square in the Gorbals, like many residents at the Red Road, she had moved from a traditional tenement. In the 1960s these places were ‘modern’ but as our wee Glaswegian folk

song goes ‘Ye cannae throw pieces oot a 20 storey flat’. Red Road, like Basil Spencer’s QE, were beautiful utopias, that did not translate to the realities of life in Glasgow. I have never forgotten my trip to Red Road and expect those whom lived there have memories both good and bad. ‘Home’ is a strange concept. ‘Community’ even stranger. This is an excellent exhibition. David

I have vivid memories of being one of the fist residents in the YMCA David Naismith Court Building, 33 Peterhill Drive in 1983. The YMCA took over the whole block (the yellow block) and it was let out to students predominately from Glasgow College of Technology (now Glasgow Caledonian University) and Strathclyde University and as nurse or student nurse, accommodation. The idea behind the YMCA taking over the block was to try and regenerate the area. There was 24 hour manned security at the entrance (unlike the other blocks). The top floor (30th floor) housed the YMCA officer and the managers (x2) flats. The next two floors (28+29) were communal areas housing such facilities as a laundry, TV rooms, dining room and café &amp; vending areas. Due to the fact that many of the students were pre-dominantly postgraduate and foreign students, there was an interesting mix of characters. I remember attending one of my first Burns Suppers in the YMCA and all those attending particularly the foreign students, enjoyed themselves immensely. The café opened in the evenings and proved very popular and helped generate a real community spirit. Anonymous

I did have good memories of 33 Petershill Drive and also thanks to this Red Road Flats project.

It was 1st of April 2010, I was seeing YMCA member of staff. They are very welcoming and helpful also friendly to all of us. I felt so warmly welcome from my heart, coz of I was having a hard time during those days. Fortunately Red Road Building and member of staff changed my lonely mind and give me hope and smiles. I am sure that a lot of people the some like me will feel the same. Thanks to YMCA and Red Road Building including Scottish Refuge Council for giving us warming welcomes and smiles through our hard life. Love people of Glasgow and City. Min

I have one very good memory of Red Road. I have never lived there but when I visited my friend there I liked the idea of people from all over the world living under one roof. Anonymous

I work for the money advice project at the N.E.A.C. and from my window I can see the whole of the Red Road complex. Each time look at it, the lighting is different, the colours take in a subtly different hue, the character of the place is different. I donâ&amp;#x20AC;&amp;#x2122;t know what it is like to live there, but Red Road always reminds me of Eyres Rock (Uthru) near Alice Springs, Australia in its eerie mystical quality. I was moved by the work of the Red Road girls photography group, they have added something now and different to my vocabulary for what it means to be Glaswegian. Anonymous

I would like to agree with the above comment. I live on the other side of the city. From my house I can see the flats with the Campsie Hills behind them. The changing colours of the flats under different light conditions is amazing. They will be missed from the Glasgow skyline.

Great exhibition – though I did have to have an argument regarding another statement left in the other comments book (back cover on the grey cardboard bit), where someone was basically saying that if folk had taken better care of their environment then the place wouldn’t have declined and this exhibition would have been very different. This got my goat – ok I’ve never lived in a high rise nor am I from a privileged area (East End of Glasgow) but I get the sense of community that many felt &amp; the start and even through to the end. I work in housing and I also have a post grad qualification in housing and the ‘decline’ of an area is not always wholly the ‘fault’ of the residents. Bureaucracy plays a big part. Glasgow City Council could not afford to maintain high rises to any great standard due to lack of funds so if your roof and windows leak and your heating is broken then you would feel a bit pissed off and uninterested in the outside as you are trying to keep warm and dry inside!! Basic human needs come first – NOT ho pretty something looks on outside!! I ‘ll stop my rant now and basically re-iterate that this has been best part of my visit and I’’m always fascinated by fact that when such huge buildings get demolished – there’s only a wee small patch of grass left. All those years of life- births, deaths, marriages, arguments, love etc all happened on that one patch of grass! Lots of love, Claire

Thank you. This is a very meaningful project. I did not live here but I’m in similar high-rise flats in Singapore. People are the same the world over. I especially like the video showing Indian &amp; Scottish dancers with the music transposed. Great work and I’ll tell everyone about it! Wena Poon, USA &amp; Singapore

I lived (as a student) in flat 22/6 of a Red Road block. I remember especially the fractured beauty of the cold light of a very cold winter and the sound of wind. They had a terrible beauty that I think was inhumane

– it makes me sad that refugees were taken here – not a welcoming thing for us to have done. One of the students in our flat was from Nigeria – he compounded his loneliness by locking himself in his room – he became a danger to himself &amp; to us and was sectioned. I often wonder if there are happy stories about Red Road. I was an architecture student – my professor at our first lecture showed us slides of many buildings including Red Road, he said he would disown us if we ever did anything like that – I never have. David… Architect 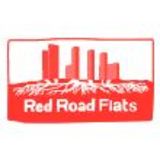