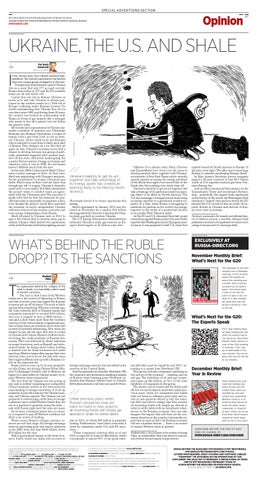 n the 20-plus years since Ukraine declared independence, the country’s governance has lurched from one corrupt group of oligarchs to the next. Transparency International ranked Ukraine 144 on a scale that sets 177 as most corrupt. Russia fares better at 127 and the EU member states are all well below 100. I point this out not to defame Ukraine as much as to ask why Ukraine is always portrayed in the western media as a “little bit of Europe” suffering under Russian tyranny. It’s worth remembering that Ukraine has run its own show since 1992, and during those 20 years, the country has treated its relationship with Russia in terms of gas imports like a teenager who wants to live off a parent, but not follow the parent’s rules. My friends and acquaintances in Ukraine represent a rainbow of opinions: pro-Ukrainian Russians, pro-Russian Ukrainians, a couple of expats, even a guy from Lvov (a city in western Ukraine, which tends to be pro-Europe) who is married to a girl from Crimea (now part of Russia). They disagree on a lot. But they all agree on this: Ukraine’s economy never had a chance to develop, because one group of politically embedded oligarchs after another profited off the state, effectively bankrupting the country. Red revolution, Orange revolution and whatever color it was in 1992, the old bosses haven’t differed much from the new. In the mid-1990s, I interviewed Shell’s Ukrainian country manager in Kiev. At that time, Shell was negotiating with Ukraine’s first postSoviet government to reopen Ukrainian gas fields. Shell’s man in Kiev told me there was enough gas left to supply Ukraine’s domestic needs and to even export. But Shell abandoned the project when it couldn’t reach an agreement with the Ukrainian side. The executive I spoke with told me that the demands for payoffs had made it impossible to negotiate a deal, even though the project would have enriched the economy of newly independent Ukraine with new sources of tax revenue, new jobs, and even energy independence from Russia. Shell returned to Ukraine only in 2013 to sign a $10 billion deal to develop shale gas in eastern Ukraine. Shell drilled two exploration wells in theYuzivska field before fighting around

Ukraine’s inability to get its act together and take advantage of its energy assets has created an opening likely to be filled by North America. Slovyansk forced it to freeze operations this spring. Shell’s agreement in January 2013 was followed in November by a similar $10 billion deal negotiated by Chevron to develop the Olesska shale gas field in western Ukraine. The U.S. Energy Information Administration estimates Ukraine’s shale gas reserves as Europe’s third largest, at 42 trillion cubic feet.

Offshore it’s a similar story. Shell, Chevron and ExxonMobil have tried over the years to develop projects there, together with Ukrainian interests. A New York Times article recently quoted experts as saying the energy potential of the Black Sea might even exceed that of the North Sea. But nothing ever really took off. Ukraine’s inability to get its act together and take advantage of its assets has created an opening likely to be filled by North America. The U.S. has seemingly overnight moved from being an energy importer to a potentially massive exporter, at a time when Russia is struggling to maintain its position as the world’s top energy exporter in the midst of a production decline in its prolific West Siberian fields. As the EU and U.S. discussed their first round of sanctions against Russia earlier this year, Platt’s reported that Washington had let European leaders know it was prepared to shift U.S. diesel fuel

exports bound for South America to Europe “if the price were right.”The offer was to encourage Europe to consider sanctioning Russian diesel. In May, Spain’s Iberdrola power company signed a 20-year contract to buy $5.6 billion worth of U.S. liquefied natural gas from Cheniere Energy Inc. And as talks commenced this summer on the Transatlantic Trade and Investment Partnership – potentially the largest trade agreement in the history of the world, the Washington Post obtained a“leaked”document in which the EU pressed the U.S. to end its ban on crude oil exports. Events in Ukraine and distrust of Russia were cited as reasons. Pat Davis Szymczak is the founder and editorial director of Oil&Gas Eurasia, a monthly, bilingual trade publication devoted to the application of western technology to Russian and CIS oil and gas fields.

WHAT’S BEHIND THE RUBLE DROP? IT’S THE SANCTIONS

November Monthly Brief: What’s Next for the G20 The members of the G20 recently met in Brisbane, Australia. In this monthly report, RD experts examine this meeting and consider what could be achieved by the participants. The memo takes a look at the role the G20 can play in the creation of a new, multipolar world and how the group is acting as a foil to the G8.

What’s Next for the G20: The Experts Speak RD is now hosting regular web conferences! See what the experts had to say about our November Monthly Brief and the results of the G20 meeting in Australia. Then, sign up to participate in the next session. You can explore this new RD format at our website.

foreign exchange reserves, but not added to the reserves of the Central Bank. And the payments are sizeable: Sberbank CIB, the corporate and investment-banking business of Russia’s retail banking giant Sberbank, estimates that Russian debtors have to transfer $29 billion abroad in Q4 this year and $106 bil-

Unlike previous years, when Russian companies took out loans to invest in new projects, all incoming funds will simply go abroad in order to settle debts. lion in 2015, of which $58 billion is presently lacking. Furthermore,“most short-term debt is owed by companies under U.S. and EU sanctions... “These companies’ external debt as of end 2015 is expected to stand at $84 billion, which corresponds to almost 60% of the gross exter-

nal debt that must be repaid by end 2015,” according to a report from Sberbank CIB. This group includes companies operating in two sectors of the economy — banking, and oil and gas. The liabilities of oil and gas companies make up $62 billion, or 74% of the total liabilities of companies in the group. The money can be found and the debts paid off, but it must be kept in mind that unlike previous years, when our companies and banks took out loans to refinance past loans and invest in new projects (which is why the external debt was forever rising), this time around, all incoming funds will simply go abroad in order to settle debts with no investment whatsoever in the Russian economy. One can only imagine the impact this will have on the economic situation in the country. I personally expect that as early as 2015 the Russian economy will see a marked decline — there is no source to replace Western loans at present. Vladimir Milov is the president of the Institute of Energy Policy, an independent think tank based in Moscow, and a former Russian Deputy Energy Minister.

TO ADVERTISE IN THIS SUPPLEMENT CONTACT SALES@RBTH.COM © COPYRIGHT 2014, FSFI ROSSIYSKAYA GAZETA. ALL RIGHTS RESERVED. ALEXANDER GORBENKO CHAIRMAN OF THE BOARD. PAVEL NEGOITSA GENERAL DIRECTOR VLADISLAV FRONIN CHIEF EDITOR ANY COPYING, REDISTRIBUTION OR RETRANSMISSION OF THE CONTENTS OF THIS PUBLICATION, OTHER THAN FOR PERSONAL USE, WITHOUT THE WRITTEN CONSENT OF ROSSIYSKAYA GAZETA IS PROHIBITED. TO OBTAIN PERMISSION TO REPRINT OR COPY AN ARTICLE OR PHOTO, PLEASE PHONE +7 (495) 775 3114 OR E-MAIL US@RBTH.COM WITH YOUR REQUEST.

he explanation behind the collapse of the ruble is simple. It is essentially a direct result of Western sanctions. The fact is that loans from Western banks are a key source of financing in Russia, one that in recent years has helped the Russian economy get up off its knees. The scale of lending has been stupefying: Whereas a decade ago, the total external debt of Russian banks and companies amounted to around $100 billion, this year it peaked in July at $660 billion — one-and-a-half times more than the currency reserves of the Central Bank. A significant portion of these loans are relatively short-term and in need of constant refinancing. New loans are needed to pay off old ones. But due to events in Ukraine and Crimea, Western creditors started closing the credit positions of Russian borrowers. That was followed by direct sanctions on major borrowers, such as Rosneft and stateowned banks. As things stand today, funding is limited even for those borrowers not under sanctions.Western banks often impose their own internal rules, just to be on the safe side, since they might suddenly end up with a Russian client on the sanctions list. Russia tried to cozy up to its new geopolitical ally, China, but during Chinese Prime Minister Li Keqiang’s October visit to Moscow, all hopes of a mass influx of Chinese money to replace Western loans evaporated. The fact that the Chinese are not giving us any cash is neither surprising nor unexpected. China’s financial system is not structured for mass lending to foreign borrowers; it is set up primarily to provide loans for the Chinese economy and Chinese exports. The Chinese are not prepared to extend large credit lines to foreign customers, since unlike Western banks they are not in a position to properly assess the risks — and with Russia right now the risks are many. So we have a situation where lots of currency is required to pay off Western creditors, but there is no source of lending. What’s more, Russia’s foreign currency reserves are not that large. All foreign exchange reserves (excluding gold and reserve positions in the IMF) total less than $400 billion, down $70 billion for the year. Half is government money in the form of reserve funds, which are taken into account in

Never before have postCold War relations between Russia and the United States been surrounded by such pessimism and uncertainty. Bilateral contacts in almost all areas and at all levels are either frozen, suspended or stagnant at best. Where do we go from here? What lessons should we come away with for the a new year?

SUBSCRIBE BEFORE THE END OF 2014 FREE OF CHARGE AT: WWW.RUSSIA-DIRECT.ORG/SUBSCRIBE

RUSSIA BEYOND THE HEADLINES FOR BUSINESS IS NOT RESPONSIBLE FOR UNSOLICITED MANUSCRIPTS AND PHOTOS. LETTERS FROM READERS, GUEST COLUMNS AND CARTOONS LABELED “VIEWPOINT” OR APPEARING ON THE OPINION PAGE OF THIS SUPPLEMENT ARE SELECTED TO REPRESENT A BROAD RANGE OF VIEWS AND DO NOT NECESSARILY REPRESENT THOSE OF RUSSIA BEYOND THE HEADLINES OR ROSSIYSKAYA GAZETA. PLEASE SEND LETTERS TO US@RBTH.COM. 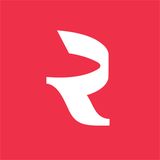 RBTH for The Wall Street Journal

In this issue: The changing face of Moscow - from Cold War capital to modern European city

RBTH for The Wall Street Journal

In this issue: The changing face of Moscow - from Cold War capital to modern European city