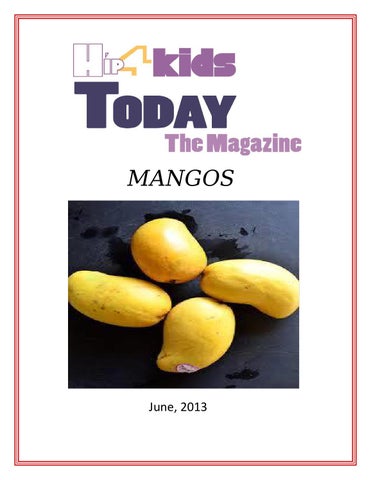 “Shoot for the moon. Even if you miss, you'll land among the stars.” …Les Brown

Chef Christopher Daly Speaksâ&#x20AC;Ś Rest assured, in a professional kitchen everything, and I do mean everything, is done for a reason. I love classical cooking and the exactness that it demands; the history, art, and romance it is based upon.

On the other hand, leisure and comfort cooking for me is done with an open fire. Food becomes very special (even spiritual to me) when cooked that way. Everything on purpose, every move considered, every outcome carefully tended to in order to remain consistent everything for a reason. On the note of reason, I am again bringing up questions about the practices of Monsanto and the members of our government and the way the provisions to benefit their efforts very conveniently slipped into legislation. With a blind eye towards the inherent disasters that will spring from the GMO efforts, they are ramming GMO down the throats of American consumers. Did you know America is the ONLY industrialized nation not requiring GMO labeling? Every western nation but the U.S. has brought the labeling law into practice. The recent no vote passage of laws regarding GMO efforts by Monsanto include numerous provisions protecting them, but the real eye opener is the clause that says in so many words: Any Consumer that becomes sick (or even dies) bears the responsibility alone.

This simply means that Monsanto is liable for nothing, and that’s a pretty convenient clause. They are probably bracing for food to become the “next tobacco”. I have cooked professionally for a very long time, and I have personally taught thousands upon thousands of students, children and parents and along the way. I have always exercised the exactness required by my craft. My reason was and is to deliver healthy fresh food to a myriad of audiences from the vegan to the meat eater, and to remain consistent and relevant. Everything related to my cooking has been filled with considered reason so that at the very least (as the great Chef Charlie Trotter would say) you hit the highest possible mark every time out. What do you think Monsanto’s reason would be for their newest effort? I simply urge you (the consumer) to find a way to link with Senator Jeff Merkley of Oregon, and explore the depths to which Monsanto has sunk in its wholesale betrayal and abuse, and find your reason to repeal this.

McDonald’s is having trouble selling salads.

I give them credit for trying, but over and over again, the fast food aficionados donâ&#x20AC;&#x2122;t come for the salads. There is a world of difference in a salad and a Quarter-pounder with cheese and bacon. Just take a stroll through any fast-food restaurant and you just wonâ&#x20AC;&#x2122;t see a rush on salads. Itâ&#x20AC;&#x2122;s interesting from a public relations viewpoint, but you just have to give the customers what they want, and the folks are just not ready for the lettuce and tomatoes.

Approximately 98% of the McDonald’s customers are not interested in the healthier items, so understandably, we’ll be seeing even less salads in the future. They already have eliminated their fruit and walnut salads from their menu this year. This is not an indictment of their some 14,100 U.S. locations. I’m sure McDonald’s would love to sell more salad items. It’s just a moment of fast-food reality, and I’m guessing the rest of the fast-food spots are experiencing that similar moment of some Fast-Food reality.

R.J. Reynolds Tobacco is advertising Camel cigarettes in magazines, and the various groups such as the Campaign for Tobacco-Free Kids, Legacy, the American Cancer Society Cancer Action Network, the American Heart Association and the American Lung Association -- say the company's latest effort appeals to minors because the ads include magazines with a high number of young readers. Their complaint is to the point… "R.J. Reynolds cannot be allowed to get away with yet another marketing campaign that entices America's kids into a deadly addiction." In the interest of keeping this simple (especially following the Monsanto problem by Chef Daly) I can only say the following…I would have a problem working for a company that produced a product that was so harmful to one’s health. The art pictured above is from a former marketing concept that was said to target children.

The MANGO is hardly something new (this fruit has been growing in Southeast Asia for over 4000 years). It deserves to be more popular in America than it actually is because of its rather dramatic health benefits (not to mention its great taste). The mango can be confusing simply because there are over 1000 different varieties of this fruit throughout the world. We get most of our mangos from Mexico, Haiti, and South America. Tropical and sub-tropical climates are the best for growing mangos because they need hot and dry periods to grow and mature for the best results. Our mangos also grow in Florida and California.

The crop from Florida starts in May and continues through September. The most popular variety is the oval shaped Tommy Atkins, (with orange to orange-red skin). They are oval in shape, and average about a pound in size with a bright yellow, fine-textured flesh. Tommy Atkins mangos are sweet and juicy, but a little more fibrous than other varieties (See photo below).

Of course, the health benefits are of great importance, and the mango is loaded in this regard â&#x20AC;Ś next:

Research has shown that their dietary fiber has a protective effect against degenerative diseases, especially with regards to the heart, and may help prevent certain types of cancer, as well as lowering blood cholesterol levels. An average sized mango can contain up to 40% of your daily fiber requirement. They are rich in anti-oxidants, potassium and fiber, and an excellent source of Vitamins A and C, as well as a good source of Potassium and beta carotene. Mangos are high in fiber, but low in calories (approx. 110 per average sized mango), low in fat (only 1 gram) and low in sodium.

“Weight loss is like hiking. It's hard to get started & it's bumpy along the way, but once you reach the top you will never regret the journey.”

The following is part of our ongoing commitment to help further your education (courtesy of the web) ARBITRATOR: Cook that leaves Arby's to work at McDonalds. AVOIDABLE: What a bullfighter tries to do. BERNADETTE: The act of torching a mortgage. COUNTERFEITERS: Workers who put together kitchen cabinets. EYEDROPPER: A clumsy ophthalmologist. HEROES: What a guy in a boat does. LEFTBANK: What the robber did when his bag was full of money. PHARMACIST: A helper on the farm POLARIZE: What penguins see with. RELIEF: What trees do in the spring. RUBBERNECK: What you do to relax your wife. SELFISH: What the owner of a seafood store does. SUDAFED: Brought litigation against a government official