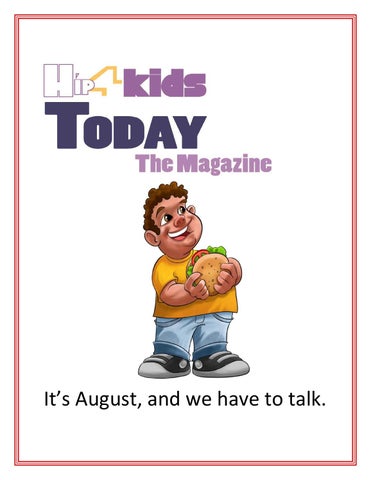 Quotation – August “Fast food is popular because it's convenient, it's cheap, and it tastes good. But the real cost of eating fast food never appears on the menu.” …Eric Schlosser

Chef Christopher Daly… It’s Just Not Getting any better! – A Must Read… I was able to get back home to the Hudson Valley a week ago and the memories flashed across my eyes like the chain lightning that whips across the foothills of the Catskills on a hazy summer night. My sister reminded me of a fond memory of walking better than a mile to buy a Coca Cola in an ice cold glass bottle for a nickel from the machine down by the gas station.

It was a great summer treat and walking the country mile was well worth it for a couple of kids. Fast forward to present day New York. If I want a soda I can walk downstairs and cross the street and there is a 7/11 where I can fill a 64ounce cup with ease if I really want to. That being said I would never drink that much soda in a sitting, but everybody is entitled to a choice and many parents and their kids do opt for super sizes in lieu of a “small treat.” Today in NYC, the soda companies won a big victory against Mayor Bloomberg with an appeals court ruling that his attempt to ban large portions “appeared to be a mechanism that looked beyond health concerns in that it tried to change consumer norms. The Mayor is brilliant to say the least and I am disappointed that his message to turn people’s health around was so badly received.

Still, I am surprised that he did not foresee the fight he was taking on, given the enormous amounts the soda companies pay for marketing alone, let alone protecting their market share. Hip4Kids has never had a lot of money for marketing. Actually, Hip4Kids has never even had a lot of money period, but we have delivered pretty big for 13 years. We have found through years of community service and after school programming that education and offering ideas for alternatives is the best path to reach kids and parents. Hip4Kids teaches the cookâ&#x20AC;&#x2122;s perspective and that healthy options are good both economically and environmentally. We will continue to educate in the hopes that our message resonates with even a fraction of the projected 15 million people who will be diagnosed with diabetes in order that they may live into their thirties, forties, fifties and beyond and collect some fond memories. However, at present this

goal seems beyond reach as the time is fast approaching when the majority of American kids will be obese and many will die from complications related to that obesity such as diabetes and other preventable illnesses. The obesity and diabetes crisis continues ripping across the country like a flash of lightning and the memories these diseases leave behind are of the kind we can surely do without.

My thoughts on the NYC Soda Ban by Bob Bickell

A good friend of mine always says the same thing, and I tend to believe him. “You can’t stop people from doing what they want to do.” Prohibition was a disaster simply because the folks were not going to give-up their alcohol.

Cigarette smoking is the leading cause of "preventable death" in the United States, and the people who continue to smoke have to be aware of the danger to their health. The smokers basically don’t care – again, you can’t stop people from doing what they want to do. I watch family after family continually enter their favorite fast-food outlet and I don’t see it as an economic thing (fast-food being more affordable). Of course, it’s true, but the finest neighborhoods in the Country still enjoy their Big Macs and fries. Drugs are in the same category. You can’t stop it because people are going to continue doing what they want to do. The government cannot and should not dictate the number of ounces in your soda. It’s a matter of choice (and like it or not, the people are going to continue making bad choices).

The obesity crisis is not going to go away anytime soon because Americans are in love with big portions of questionable food. Chef Daly paints a grim picture for the health of our children, and he is correct because the parents keep doing what they want to do and the kids follow in their footsteps. The good news is that I have known the Chef for many years, and he is not about to surrender to the people who want to do what they want to do. We have too much to lose. Hip4Kids is here to stay, and I can promise you that Chef Daly will fight to the end. He knows that the solution is all about education, and after 13 years he still does what he does. If there is going to be a happy ending, and trust me when I tell you - we are going to need a lot more Chris Dalyâ&#x20AC;&#x2122;s!

There will be no more kids meals at Taco-Bell! Next:

Taco Bell chief executive Greg Creed said kids’ meals are not part of the Irvine, California based chain’s long-term brand strategy and have an insignificant impact on sales. “As we continue our journey of being a better, more relevant Taco Bell, kids’ meals and toys simply no longer make sense for us to put resources behind,” Creed said. “What does make sense is concentrating on expanding choices that meet and exceed the diverse needs of consumers of all ages without losing focus on what makes us great today.”

And wouldn’t it be great if McDonald’s does the same thing?

And Now the Bad News…

There will be Kid’s Meals at KFC!

"We've found that our fans are looking for meals that appeal to moms and kids in terms of options and taste," chief marketing officer Jason Marker said in a statement. "By pairing our freshly prepared chicken choices with delicious, convenient fruit and KFC's famous sides, we've created a meal with balanced and kid-friendly options." Marker called the Li'l Bucket the "thinking mom's kids' meal," because it aims to balance food options acceptable to parents with interactive features that their children would still find fun. He noted that GoGo squeeZ provides not only the applesauce packet but also several kid-friendly puzzle games, which are attached to the bottom of the bucket lid. "We thought we'd give them some food for thought on the bucket in addition to the tasty meal inside," he said.

We need to fight childhood obesity in anything and everything that works. Who would have thought that the author (Joseph Vivens) of this most interesting book was inspired by the great Popeye the Sailor Man?

The sheer power of Popeye influenced Mr. Viven’s eating habits, and yes, there is a study that suggests the kids who watched Popeye on a regular basis actually doubled their vegetable intake. It is important to say that the author is married to a Pediatrician who obviously shares his concern for the health of our children, so the concept known as “Chunky and his Friends” represents yet another link in the positive approach to address this most frightening problem. Visit www.chunkyandfriends.com and enjoy!

It’s still the Healthiest Gourmet Cookie in America! Chef Daly’s secret ingredient is known as Chia, and if you start with his cookie, you can easily forget the ice-cream, potato chips or whatever. Chia was discovered by the early Aztec and Mayan cultures, and the Chia seeds are packed with fiber, protein, omega-3 fatty acids, and antioxidants. The seeds have a gelling action that keeps you feeling full for hours. Because hunger is an enemy of real weight loss, Chia helps eliminate the hunger. For more information, and how to order – www.hip4kids.org

As you can see, the shredded paper that I have saved from the office, works as wonderful mulch. Next:

This is the second year that I have used shredded paper for my mulch, how green is that? You can also see the tomato is nicely growing in the cage. In the foreground is a mystery plant that is in the process of blooming. In the spring I get little volunteer plants that come from seeds that have germinated from last yearâ&#x20AC;&#x2122;s garden. I believe this may be a cantaloupe, but only time will tell! And mystery plants can be fun.

I love my outdoor shower. This year I made my shower curtain out of scraps and you can see the mint growing all around it. It just smells heavenly with the spearmint scent, and mint is very easy to grow. Stay well!

“I can't change the direction of the wind, but I can adjust my sails to always reach my destination.” Joel Harper says “Exercise is Hip4Kids!

You think English is easy? 1) The bandage was wound around the wound. 2) The farm was used to produce produce. 3) The dump was so full that it had to refuse more refuse. 4) We must polish the Polish furniture. 5) He could lead if he would get the lead out. 6) The soldier decided to desert his dessert in the desert.. 7) Since there is no time like the present, he thought it was time to present the present. 8) A bass was painted on the head of the bass drum. 9) When shot at, the dove dove into the bushes. 10) I did not object to the object.

11) The insurance was invalid for the invalid. 12) There was a row among the oarsmen about how to row. 13) They were too close to the door to close it. 14) The buck does funny things when the does are present. 15) A seamstress and a sewer fell down into a sewer line. 16) To help with planting, the farmer taught his sow to sow. 17) The wind was too strong to wind the sail. 18) Upon seeing the tear in the painting I shed a tear.. 19) I had to subject the subject to a series of tests. 20) How can I intimate this to my most intimate friend?

Some great advice from Chunky and Friendsâ&#x20AC;Ś