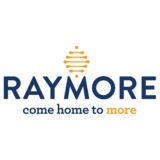 from The Review: Winter 2019
by raymore8

In summer 2018, plans were almost set for the new sprayground and playground at T.B. Hanna Station, and new amenities were slated to be added to the park as part of the 2016 General Obligation bond projects. The design was complete, but as City officials were preparing for the project’s construction to go out to bid, one phone call changed everything.

Natalie Blakemore, the City’s contact at St. Louis-based not-for-profit Unlimited Play and partner for the inclusive Hawk’s Nest playground at Hawk Ridge Park, knew that Variety Children’s Charity of Greater Kansas City (Variety KC) was wanting to make a sizable donation in the Kansas City area. Variety KC is a not-for-profit organization dedicated to providing adaptive equipment and opportunities for activities and inclusion for children with developmental disabilities.

City Council approved the MOU and the projects will be going out to bid for construction this January. Construction is expected to begin in late spring or early summer and last anywhere from two to three months.

The sprayground will be train themed, as T.B. Hanna Station is located at the site of the former Raymore train depot, which was built in 1871 along the line of the long gone Pleasant Hill and Lawrence Railroad.

The Variety KC Sprayground and Playground at T.B. Hanna Station will make Raymore the first city in the state of Missouri with two inclusive playgrounds–the second being the Hawk’s Nest at Hawk Ridge Park for which the City is currently fundraising. The sprayground will be the first in the state and one of the first few in the entire country specifically designed for people of all abilities.

Plans for the park also include an ice skating rink during the winter months. For more on the progress of the project at T.B. Hanna Station, visitraymore.com/parks.

This story is from:
The Review: Winter 2019
by raymore8