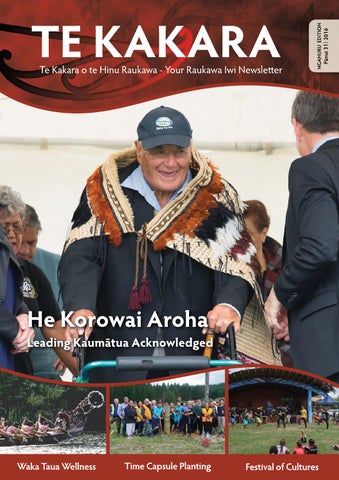 Participants of the Waka Taua Wellness Programme out on the Waikato River.

The origins of the Waka Taua programme are directly linked to Ngä Waka Taua o Türangawaewae, Te Rangatahi, Tümanako and Taheretikitiki. While attending regatta training at Türangawaewae Marae a whänau member immediately noticed the impact the awa, tüpuna waka and a specific kaupapa was having on the people involved - especially the täne Mäori. She noted their positive körero, the whanaungatanga, participation and focus and from this point the concept of utilising waka as a vehicle for positive change and well-being began to emerge.

Much research and körero was gleaned prior to the building of the waka and many kaumätua and whänau were involved at different stages during the development and growth of the programme, some within Raukawa and others from afar. Wally Papa was Chairperson of the RTB and he and the Trustees were very supportive of the kaupapa. The initial PMG which was responsible for the management of the kaupapa comprised of Koro Hori Deane as Kaumätua and Chairman of the Kauneihera Kaumätua, Basil Pakaru as Raukawa Health Manager, Tina Winikerei was the Raukawa Service Delivery Manager, Mana and Haami Winikerei and other kaumätua.

Raukawa Trust Board (RTB) and Land Transport Safety Authority (LTSA) The following year the Waka Taua kaupapa was revealed to the RTB at a time when the organisation was positioning itself as an innovative provider with programmes designed for the people, by the people. On a national health level Mäori and drink driving was at the fore and so a waka seemed an appropriate vessel to carry this kaupapa. This programme would initially be funded by LTSA and the Waikato Rural Drink Drive Project, however, the capacity to extend this programme to its potential was imminent and always a focal point for the staff involved. Since then the majority of our funding has come from the Health Funding Authority (HFA) and currently the Waikato District Health Board (WDHB), briefly we also received funding from the Department of Justice and Corrections for mahi carried out in several prisons around the country.

The People Further acknowledgements must go to Ora Muru for his tiaki and senior members of the Rangatahi Waka who prior to the waka being built participated in hui and discussed the kaupapa, type of waka, concerns, tikanga and safety. To Paraire Huata for his clinical oversight and to Shane Graham for his relentless supervision during the building of the waka and its eventual launch in the South Island. Spooks (Taupiri Matehuirua) and Jake Puke for their enduring karakia, Koro Haki Thompson was involved in the initial körero with Koro Hori Deane around the naming of the waka, Uncle Hoko (Te Oko Horoi Winikerei) and Uncle Potae (Albert Heke) attended many Waka Taua noho and wänanga, Harry and Te Aroha Haika and Te Aroha’s dad (Te Paki o Hewa Martin) who took us to Tüwharetoa for our maiden voyage Sonny Winikerei for his support and awhi, Andrew Paul and the many of the RTB staff and whänau that supported the programme over the years, especially Faith, Tina and Lorita Winikerei. Initial HFA portfolio holders were Tania Hodges, John Royal, Donna Lewin and eventually Karina Elkington from WDHB who has been totally supportive of the ongoing funding of this programme.

Te Timatatanga – (New Beginnings and Journeys) John Dobbe from Tasman Bay Motueka was commissioned to build the waka - Te Timatatanga. It is purpose built for easy accessibility and towing. It is approximately 45 feet long and 6 feet wide; we can seat a crew of 22 including the Kaea (Captain) and Kaihautu (Steerer). The Hull of the waka is constructed from laminated kahikatea and is finely coated in fiberglass for easy maintenance and durability. The Rauawa is mahogany and the whakairo are unused tötara from Papa o Te Aroha Marae. This was John’s second waka and he would eventually go on to build a small fleet for Te Wänanga o Aotearoa of similar construction. Kereti Rautangata from Te Wänanga o Aotearoa, Te Awamutu, is responsible for all the carvings; Mana Winikerei presented the kaupapa to Kereti and his team and their interpretation is depicted on the waka. The whakairo represent particular aspects of oranga, tapu and noa. The three figures in the taurapa of the täne embracing his wahine and their pëpi are often likened to baby Raukawa and his parents. The tauihu represents new beginnings and readiness for the future.

Launch at Ongaroto Marae The official launch of Te Timatatanga in 1998 began with an unusual midnight pöwhiri at Ongaroto Marae due to a road accident which caused delays for several hours whilst the waka was en-route to Tokoroa. The following morning the waka was launched on the Waikato River starting at the Ongaroto Quarry and ending just south of the Tram Road Bridge and was followed by a häkari at the marae. 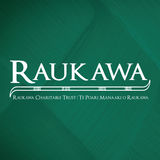