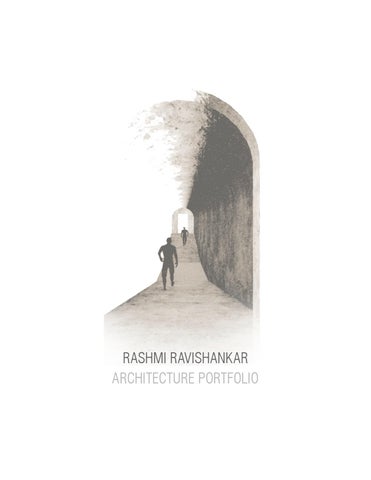 A Vacation Home in the Green

A competition project in Manipal, India.

Adaptive Resue of the Cranston Street Armory Built in 1907, the Cranston Street Armory has played a major role in the civic and social life of Rhode Island. It was constructed to serve the armed forces and militias of the state. It was later used as a space for large gatherings, exhibitions,performances, voting and as film studios. It closed to the public in 1996 and the state has recently launched renovation efforts. Keeping these factors in mind and to generate revenue, an analysis was done on the coffee culture in and around Providence, RI. After discussing with some of the roasters in the city, a proposal was made for a greenhouse within the armory to grow, sell and experience the coffee making process. The functions included some gathering/performing spaces, which could be used during coffee festivals, classrooms for coffee training and seminars, a library and a fine dining restaurant.

Green patches rented out by roasters

Material of the steps - Wood (Absortive material) Material of the fixture - Metal (Corten steel or Copper) - Non perforated to reflect sound back to the seating directly. 9

Experiencing emotions through Architecture The Ramayana Delineatrium portrays the story of the epic Ramayana, which is regarded as one of the two great epics of Indian literature, architecturally through spatial transmissions. A shift in the process of narration of the epic, usually through shows, movies and play, has been undertaken to create a built space depicting the Seven Kandas of Ramayana. During the course of the epic, Rama, the hero had traversed through various regions of India. A study of the route map and the spaces whose geographical relevance relates to the Ramayana led to the selection of the site in Bhadrachalam, India. The design of the delineatrium is such that the viewer engages with the atmosphere and subconsciously becomes a part of it. To achieve this objective, this space experiments with light and shadow, volume of the space, texture and colour of the materials used, transitions of the mood, technical installations and so on.

- Buffer zones provided in the museum

The volume of space and the play of light and shadow is used to depict the story in this space. A well lit space depicting happiness, eventually narrows down to a dark path depicting sorrow.

The concept of a woman connected to nature is used to depict the story. A garden which shows the presence of Sita, eventually leads to a space with a dry garden; the loss of nature representing Sita’s abduction.

SITAâ&#x20AC;&#x2122;S BIRTH It is believed that the protagonistâ&#x20AC;&#x2122;s wife Sita, was the daughter of the earth. The visitors are led to an underground walkway that has been designed to create a similar experience.

THE UNEXPECTED EXILE The decision of exile brought about a drastic change in the emotions of people. A celebratory feel represented with warm-lights eventually turns into a dimly lit space, representing sorrow.

An on-going hospitality project that is located in Malnad, India, a region rich in heritage and culture. The architecture of the resort is simple, following the vernacular style, with interior spaces over-looking a landscaped court on one side and the magnificent golf-course on the other. The existing bare shell of the resort is exposed to a design language influenced by the â&#x20AC;&#x2DC;Malnadâ&#x20AC;&#x2122; elements such as the stepped courtyard, rangoli and fluted wood patterns, wicker mats and slated stone. Copper, in the form of utensils and certain accessories is one of the most important materials used in Malnad. Copper has been incorporated into the design in a sophisticated manner and brings about a sense of place. Project Responsibilities: Project Head Project Scope: Interior Architecture and Design

Toys locally made in the Malnad region of India.

REGENERATED BRICK REALITY RISD Nature lab and pavilion at Tillinghast Place “We borrow from nature the space upon which we build” – Tadao Ando. Tillinghast Place is located along the coast of Barrington, Rhode Island. The contours serve as natural viewpoints and the diverse flora of the place makes it a challenging site for architecture. The natural pathways to the beach formed by the tall fauna create an element of surprise. An attempt to enhance this experience, at the same time, respecting the natural environment, would bring about a sense of place. A thorough research about the place and its natural materials led to a choice of straw and clay as the construction materials. Loose straw mixed with clay and placed within timber frames can be an excellent form of sustainable construction. It provides insulation as well as a fair amount of thermal mass. Since it is easy to learn for starters and construct, it can be a workshop for RISD students to learn hands on construction techniques.

PERERENAN RESIDENCE A vacation home in the green

Located in the middle of the charming area of Pererenan, Bali, it resides close enough to the attractions of Pererenan Beach and Echo Beach. The Residence creates a modern holistic experience that nurtures long term family lifestyles. The features include the play of levels and movement, geometries like nature inspired fibonacci patterns and accentuated materials that are rich in texture. The floating forms, naturally available materials like bamboo, stone and wood, and open floor plan design makes the building sustainable. Project Scope: Residential Project Responsibilities: Design of elements like the perforated screen, doors, windows, swimming pool and detailed drawings for the same.

FACULTY OF ARCHITECTURE A COMPETITION PROJECT IN MANIPAL

A prestigious competition project that was held by the board members of Manipal Institute of Technology in Manipal, India to design an Architecture block. The competition brief also included other design courses such as Interior Design, Fashion Design and Textile Design. Manipal, situated along the coast of India, falls in the tropical zone and has extreme weather conditions during the monsoons. Locally available naturalmaterials like red laterite blocks, gnesis and granite are used to reduce the energy usage during extreme weather conditions. Project Responsibilities: - Zoning of all the spaces based on their functions; spaces that require 24x7 access were restricted to the ground floor and basement. The studio locations were strategically planned to encourage interaction among the students from different courses. - Design of the Facade. - Presentation work that included plans and sections.

Fenestrations provided only on NorthSouth facades and the sides facing the spine have dead walls to reduce the thermal gain.

The studios are alternated with courtyards, creating an interesting environment. Furthermore, the fenestrations facing these courtyards help in keeping the insides cool.

The louvers on the East-West facade channels the wind into the corridor surrounding the studios, which further reduces the temperature indoors. 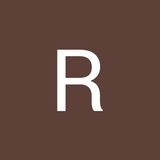