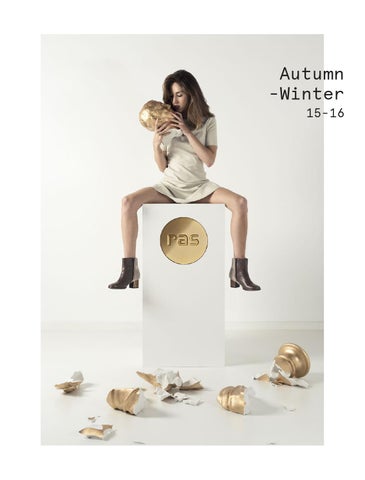 Pathos is also a tribute paid to postmodernism in general, a movement based on the identity of the Pathos as expression and the rejection of any pragmatic principle and trend. And in particular, to the vision of different artists such as Erwin Wurm, Daniel Arsham, Tiril Hasselknippe, Alex Kilisevich, Tulio Pinto, Krista van der Niet, Orlando Pelayo or Hendrik Kerstens.

There is an obvious similarity with any RAS model. The distinct designs act in its most stimulating variable on the spectator as generators of questions, queries, sensations and corroborated psychological effects. This brochure contains pieces in which the irreverence of each design and the scene itself coexist. Scenes with generative value and a holistic effect of sensations.

“Ancient Greek psychology recognized two forces at the root of human emotional expression “ethos”, a man’s character as formed by inheritance, habit, and self-discipline, and “pathos”, his spontaneous reaction to experiences in the external world.” Taken from the book “Art and Experience in Classical Greece” by J.J. Pollit.

In art criticism, the term «Pathos» (πάθος) is used to refer to the intimate emotion that exists in a work of art that awakens similar emotions in the person who is looking at it: we are moved, something surpasses us, penetrates us, and we are inspired by an uncontrollable passion.

*Inspired by the series ÂŤOne Minute SculpturesÂť by Erwin Wurm.

Insurgent. Since they were children, they had refused to support anything. They never got on their knees.

Smile.* They found her in her apartment, after days of searching for her. She only had a smile on her face and her shoes on. *Inspired by ÂŤHiding FigureÂť by Daniel Arsham

Heading Home.* Staged performance of the futility of the Biennial Housing Plan promoted by the Government of Konrad Malovich during the independence of Utmenia. *Inspired by the series ÂŤOne Minute SculpturesÂť by Erwin Wurm.

Fed up of having to choose just one pair of shoes every day, Natalie decided to become four-footed. *Inspired by the piece ÂŤPose 1Âť by Krista Van der Niet

Last One Standing.* Installation-protest inspired by the state tortures sponsored by the regime of Marcel Obey in 1973. *Inspired by the work of Tiril Hasselknippe.

Logcy. Aesthetic thoughts on The Natural understood as being a fundamental source of Femininity.

Exception. She had never had dessert. Which is why she was so surprised when her stomach rumbled so much as she approached that bowl.

The Delivery Main exponent of the Mail Art Movement.

Tweet (2). She became so obsessed with that model that she decided to make it her pet. It never tried birdseed. But, in time, it learnt to tweet.

Prosze Usiasc!* First in the series based on retinal stress. *Inspired by the series «One Minute Sculptures» by Erwin Wurm.