The Hideout Theatre seems a surprising name for one of Austin’s longest running; a place where improvisational magic touches those on stage, resulting in a fluid and innovative performance. The troupes belong in the spotlight, not hidden in the shadows. The Hideout Theatre, located at Sixth Street and Congress Avenue, nearly became another relic of our beloved city. A year ago the founder, Sean Hill, no longer wished to renew the lease of the space. “We grew up in the Hideout in terms of improv and learned a pretty unique style there. It was always viewed as our home and we couldn’t imagine it going away,” says Roy Janik, current co-owner. “We started immediately, about a year and a half ago, to figure out how we could save the Hideout. At first, we didn’t really know if it would mean we would become owners, a more collective idea or a non-profit. We figured out that the best way was to have a small dedicated team to make decisions quickly.” They bought the rights to the name and signed a five-year lease. Classes are taught as they have been for the past decade. A person begins in Level One to understand the basics. The more advanced Level Two and Three students may put on a production with other students in front of

an audience of friends and family. Students prove themselves in Level Four with a performance on stage. “All of the instructors are seasoned improvisers, so they have great instincts for what each student most needs to work on,” says student Kim Roche. “Especially in the early levels when it’s most important; they’re good at drawing people out of themselves.” In addition to the instruction offered, the theatre serves a purpose beyond a student’s craft: the audience. “I think the intimacy of the small theatre really pulls the audience in,” says Donald Johnstone, also a student of the theatre. “It also allows for great interaction by the performers with the audience. With the small theatre also comes a very welcoming group of people that run it. The owners, managers and instructors have all been great, patient and very accommodating.” The Hideout’s focus is on improvised theatre which certainly includes a lot of comedy,” says

Janik. “I would say more than 80 percent of those shows will always be funny in nature. It’s in the nature of improv that the audience will laugh.” Unlike other groups, the Hideout explores other genres. Most recently, the company performed an improvised Shakespeare performance. “The difference in the Hideout style is that we are interested in presenting improvised theater,” says Janik, “as well as comedy: the full range is available on the stage.” For more information about a class or to simply enjoy a show at the Hideout Theatre, please visit hideouttheatre.com or call 512-H-I-D-E-O-U-T. – Top row: Michael McGill, Roy Janik, Andy Crouch, Kareem Badr Bottom row: Jessica Arjet, Kaci Beeler 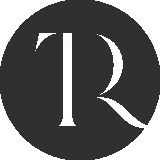