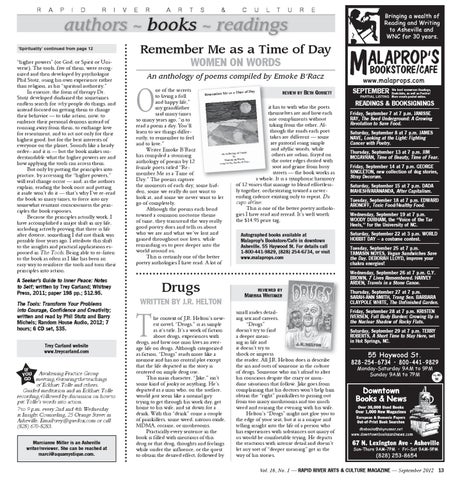 “higher powers” (or God, or Spirit or Universe). The tools, five of them, were recognized and then developed by psychologist Phil Stutz, using his own experience rather than religion, as his “spiritual authority.” In essence, the form of therapy Dr. Stutz developed disdained the sometimes endless search for why people do things, and instead focused on getting them to change their behavior — to take action, now, to embrace their personal demons instead of running away from them, to exchange love for resentment, and to act not only for their highest good, but for the best interests of everyone on the planet. Sounds like a heady order– and it is — but the book makes understandable what the higher powers are and how applying the tools can access them. But only by putting the principles into practice, by accessing the “higher powers,” will real change occur — and, as the authors explain, reading the book once and putting it aside won’t do it — that’s why I’ve re-read the book so many times, to force into my somewhat resistant consciousness the principles the book espouses. Because the principles actually work, I have accomplished a major shift in my life, including actively proving that there is life after divorce, something I did not think was possible four years ago. I attribute this shift to the insights and practical applications espoused in The Tools. Being able to re-listen to the book as often as I like has been an easy way to reinforce the tools and turn their principles into action.

ne of the secrets to living a full and happy life,” my grandfather said many times so many years ago, “is to read a poem a day. You’ll learn to see things differently, to remember to feel and to love.” Writer Emoke B’Racz has compiled a stunning anthology of poems by 12 female poets titled “Remember Me as a Time of Day.” The poems capture the moments of each day; some hidden, some we really do not want to look at, and some we never want to let go of completely. Although the poems each bend toward a common nocturne theme of time, they transcend the way really good poetry does and tells us about who we are and what we’ve lost and gained throughout our lives, while reminding us to peer deeper into the world around us. This is certainly one of the better poetry anthologies I have read. A lot of

IF YOU Awakening Practice Group GO meeting, featuring the teachings

of Eckhart Tolle and others. Guided meditation and an Eckhart Tolle recording, followed by discussion on how to put Tolle’s words into action. 7 to 9 p.m. every 2nd and 4th Wednesday at Insight Counseling, 25 Orange Street in Asheville. Email trey@quedox.com or call (828) 670-8283. Marcianne Miller is an Asheville writer/reviewer. She can be reached at marci@aquamystique.com.

he context of J.R. Helton’s newest novel, “Drugs,” is as simple as it’s title. It’s a work of fiction about drugs, experiences with drugs, and how one man lives an average life on drugs. Although categorized as fiction, “Drugs” reads more like a memoir and has no central plot except that the life depicted in the story is centered on ample drug use. This main character, “Jake,” isn’t some kind of junky or anything. He’s depicted as a man who, on the surface, would just seem like a normal guy trying to get through his work day, get home to his wife, and sit down for a drink. With this “drink” come a couple of painkillers, some weed, nitrous oxide, MDMA, cocaine, or mushrooms. Practically every sentence in the book is filled with mentions of this drug or that drug, thoughts and feelings while under the influence, or the quest to obtain the desired effect, followed by

it has to with who the poets themselves are and how each one compliments without taking from the other. Although the roads each poet takes are different — some are pastoral using simple and idyllic words, while others are urban, frayed on the outer edges dusted with soot and grime from busy streets — the book works as a whole. It is a symphonic harmony of 12 voices that manage to blend effortlessly together, orchestrating toward a neverending cadence existing only to repeat. Da capo al fine. This is one of the better poetry anthologies I have read and reread. It’s well worth the $14.95 price tag. Autographed books available at Malaprop’s Bookstore/Café in downtown Asheville. 55 Haywood St. For details call 1-800-441-9829, (828) 254-6734, or visit www.malaprops.com

We host numerous Readings, Bookclubs, as well as Poetrio!

MARISSA WHITAKER small asides detailing sex and careers. “Drugs” doesn’t try to find a deeper meaning in life and it doesn’t try to shock or impress the reader. All J.R. Helton does is describe the ins and outs of someone in the culture of drugs. Someone who isn’t afraid to alter his conscious despite the crazy or mundane situations that follow. Jake goes from complaining that his doctors won’t help him obtain the “right” painkillers to passing out from too many mushrooms and too much weed and ruining the evening with his wife. Helton’s “Drugs” might not glue you to the edge of your seat, but it is a unique and telling insight into the life of a person who has experiences with substances not many of us would be comfortable trying. He depicts the reactions with intense detail and doesn’t let any sort of “deeper meaning” get in the way of his stories. 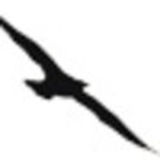