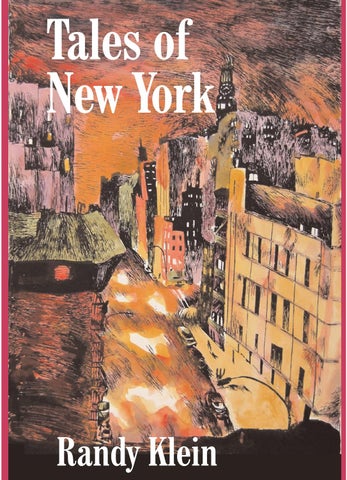 hen I was going to Art School, I needed to find a way to make money to support myself. “Why don’t you drive a taxi a few nights a week”, said my brother Bob. “I can make 4 or 5 hundred bucks driving only on weekends. But you have to be a bit of a hustler”. He said he’d take me around one night and show me the ropes. So one rainy Sunday night, about 10pm, we drove out to the airport.

t the terminal there were dozens of passengers and not a cab in sight. We parked, and Bob got out of the cab, asking “Anybody need a cab to midtown Manhattan?” “I do!” “I do!” “I do!” He went up to someone travelling alone. “Will you pay me exactly what is on the meter?” “Yes of course”. So Bob put the bags in the trunk and said, “Wait in the cab”. Then he went back and repeated this until there were three separate travellers in the back of the cab, all agreeing to pay exactly what was on the meter.

s we drove along the Brooklyn Queens Expressway towards Manhattan, the passengers started to talk to one another. Finally they nominated a spokesman. “Why should we all pay what’s on the meter? - we could split the fare three ways.”

ob said nothing. He just screeched the cab to the side of the highway, and began unloading the bags. “What are you doing?” they screamed. “Well if you don’t want to pay what we agreed, I’m leaving you right here.” That shut them up, all the way into Manhattan. Bob had made $62 for a $21 fare, even without a tip.

here were plenty of ways to cheat at cab driving. “Shaping up” was the phrase for making cabbies wait for a taxi at the garage. I used to wait nearly an hour to get a car until I learned to fold a $5 bill under my hack license when passing it to the dispatcher. That way I could get a cab immediately whatever time I turned up at the garage. Also, there was the trick of only booking half your fares on the meter, pocketing the rest. “The fare would normally cost about $4 - I’ll do it for a flat $3 with no tip if you don’t mind me not putting on the meter.” “Sure” they’d usually say. Everyone in New York appreciates a hustle.

When they introduced “hot seats” which triggered the meter automatically as soon as someone sat on the back seat, I had to pull out the wires. This required paying another fiver to the mechanic when you pulled in for the night.

eople in my cab acted as if they were in their own home. They shot up drugs, made deals, fucked each other - all with a casual and relaxed attitude. At the end of a long Saturday night, you really felt you had a sense of what kind of vibe was out on the street.

The cabs were ridiculous - falling apart from hitting New Yorkâ&#x20AC;&#x2122;s famous pot holes night after night. One night, the front suspension fell off my cab on the ramp to the highway. It scraped sparks until it came to a halt, and I waited four hours in my cab for a rescue van.

ou were supposed to keep your doors locked and never take anyone uptown, but I was reckless and naive. On a cold night up in Harlem, I was waiting for a red light when a young kid came up to my window and said “Please man - can’t you just drop me down on 112th St. - I got no money but you’re on your way downtown anyway...”

ince my hot seat wasnâ&#x20AC;&#x2122;t on, I said hop in, and then he shoved his pistol between the crude bullet-proof shield and my seat. He directed me to an abandoned building on some bombed-out Harlem street.

e acted like all the cops who had ever busted him must have done. He had me leaning on my cab, spreadeagled, while he threatened to shoot me. He took my money, but thankfully left me my cab. I had heard loads of stories about drivers whose cabs were stolen as well as their money.

he police immediately assumed I was only reporting the crime to cover up for robbing all my takings from the garage myself. Finally, they accepted my story. I took another fare on my way back to the garage so Iâ&#x20AC;&#x2122;d have a little change to see me home.

t this time I was living on 13th street. I was painting lots of pictures of buildings.

ne day I saw a man murdered in the courtyard behind my apartment.

ell, I didnâ&#x20AC;&#x2122;t actually see him being murdered, but I did see one of my neighbors dragging out the body with another man.

hey didn’t mean to kill him - they were just havin’ a little fun, sticking a broom up his ass when he fell and hit his head on the bathtub. At least that’s what the police told me. I was hesitant to make a statement because this guy was my next door neighbor. “If you come down and make a statement, we will protect your identity”, said the cop.

hen I got down to the station, the man I had seen was seated right across a police desk from me. I told the police there was one clearly identifying detail about the man dragging out the body. - he wasnâ&#x20AC;&#x2122;t wearing trousers, and he had on bright orange satin underwear. They took the suspect off somewhere to check, and when they brought him back, he was charged.

hat about protecting my identity?”, I asked on the way out. “Oh don’t worry, this guy is getting locked up for a long while” answered the cop. The next time I saw my neighbor was two days later. I heard that charges against him were dropped apparently the only other witness was his mother, and she refused to testify against him.

The victim had been a homeless alcoholic, known to everyone on my street, because he usually slept out in one doorway or another. He had no family or real friends, and the truth is nobody gave a shit.

kept getting fired from cab garages because of my hustling and generally being a wise-ass. One time I just took a cab to take my girl friend on a date. When I brought the cab back with nothing on the meter, the dispatcher said, “What happened, Klein?” “It was a slow night”, I answered.

ne night a hack inspector caught me at the old game Bob had taught me at the airport. I was leaving with 3 separate fares when he signalled me to pull over. I just drove on. During the week I got a summons and had my hack license suspended for a week.

was soon out on the streets again, hustling same as ever. This time a hack inspector pulled me over for “arming” a fare (he could tell because I had a passenger, but my light was still on). “Why are you pulling me over?”, I said. “You’re not a cop.” “I’m a hack inspector, and you are going to be summonsed for riding with your light on when you’ve got a fare.” “You asshole - you have no idea what it’s like out there - people pulling guns on you, puking up in the back seat, passing out or doing a runner - it’s hell!” “If you don’t keep quiet I’ll have to recommend that your license is revoked.” “Fuck you.”

o thatâ&#x20AC;&#x2122;s how my cabbing days ended without a license, I wasnâ&#x20AC;&#x2122;t even tempted to go back for the odd Saturday night shift. It seemed like a blessing. I was getting a very distorted view of things, and it was making me very suspicious and anti-social. I have often felt thankful to that hack inspector. He helped me preserve my faith in humanity.

Tales of New York How do you pay your way through art school in New York? Randy Klein drove a cab.

These are true stories of murder, mayhem and hustling for a buck in the Big Apple. 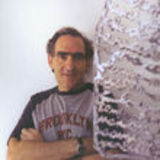 How do you support yourself going to art school in New York? Randy Klein drove a cab.

How do you support yourself going to art school in New York? Randy Klein drove a cab.