A MESSAGE OF THANKS

In the face of the COVID-19 pandemic, the generosity of the Yellow Jacket community ensured that the Academy’s vision continued uninterrupted: making leaders who will improve humanity.

Thanks to you - our alumni, parents, faculty, staff, and friends - R-MA was able to make the pivot to an online learning environment in just 72 hours: a feat made possible by technology and training funded by donors.

The Class of 2020 celebrated their graduation remotely and on time, earning 211 college acceptances (100% acceptance for the 13th year in a row) and $5.2 million in competitively awarded scholarships; and all 8 Falcon Scholars received appointments to the Air Force Academy, worth another $3.2 million in scholarships. With your help, we continue to prepare today’s students to face tomorrow’s challenges. R-MA will teach in-person, on campus for the 2020-21 school year, following those health and safety rules the Virginia Department of Health and the Centers for Disease Control and Prevention require. If the virus comes to our campus, we will quarantine our teammates, care for them until they’re well, or allow them to recover at home and return -- we are moving forward together! Thank you to all who’ve made this most unusual year a successful one for R-MA, and GO JACKETS! Sincerely,

Dr. Rev. Steven Summers, District Superintendent Winchester District of the United Methodist Church This report is published for alumni, parents, and friends of the Academy. Please send any suggestions or comments to advancement@rma.edu.

ONE TEAM. ONE FIGHT. In the face of unprecedented challenges and changes, the Yellow Jacket family united to make the 2019-2020 academic year a succesful one. By June 30, R-MA donors pushed the Annual Fund to new heights.

THE ANNUAL FUND Randolph-Macon Academy’s Annual Fund provides essential support that touches every facet of an R-MA education. The individuals listed below supported this year’s Annual Fund between July 1, 2019 and June 30, 2020. A key is listed at the bottom of each page.

GRADUATION 2020: A VIRTUAL EXPERIENCE Though separated by miles and even oceans, the Randolph-Macon Academy family united online to celebrate the graduation and successes of the Class of 2020. Thanks to the talents of R-MA instructor Brian Kelly and photographer Misti Walters, the Yellow Jackets celebrated the end of the school year with a series of YouTube Premiere events, which included Class Night, the Baccalaureate Service, the Middle School Promotion and Awards Ceremony, and the Commencement Ceremony. As seen below, the Class of 2020 also gathered virtually for college acceptance day on May 1, declaring their intended destinations for the fall of 2020.

ALUMNI GIVING BY CLASS Class participation is determined by those making gifts to the Annual Fund between July 1, 2019 and June 30, 2020. An asterisk indicates that the donor passed away during this time period. Overall, R-MA ended the year with a 6.4% alumni participation rate.

J-TERM HYRDOPONICS Thanks to the Alumni Association, the Parents’ Association, and corporate donors, R-MA students constructed a Hydroponics Lab in Crow Hall during J-Term.

ENDOWED SCHOLARSHIP DONORS The following list includes donors to R-MA’s Endowed Scholarship funds between July 1, 2019 and June 30, 2020. An asterisk indicates a member of the R-MA family who passed away during the same time period.

HONOR AND MEMORIAL DONORS The following list includes donors who made a gift to the Academy in honor or of in memory of an individual between July 1, 2019 and June 30, 2020. 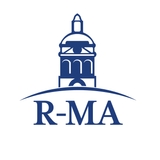 A look back at Randolph-Macon Academy's 2019-20 school year and those donors, volunteers, and friends who made our students' success possibl...

A look back at Randolph-Macon Academy's 2019-20 school year and those donors, volunteers, and friends who made our students' success possibl...