DEFAULT19 — Masterclass in residence: Investigation on the Extreme Land a project by RAMDOM 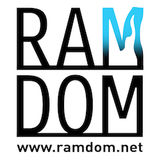 from Default19
by Ramdom

DEFAULT19 — Masterclass in residence: Investigation on the Extreme Land a project by RAMDOM

Default is an international biennial masterclass project born in 2011 in the midst of a global systemic crisis (political and economic-financial) with the intention of encouraging experimental educational formats with a research-oriented approach. The state of crisis and potential recession by which technically we mean a Default is only evoked and used as a tool to overturn the perspective and transform a condition of potential weakness in a strength capable of generating alternative spaces of thought.

Now in its fifth edition in 2019, Default has been thinking over the years on two specific themes: in the first two editions (2011 and 2013), developed in the city of Lecce, on the role that public art has and must have in urban regeneration policies, in the reuse of disused spaces, in re-appropriation and interaction with public space. We have worked around specific questions such as: in our era of austerity how can we interact with a broader government policy on redevelopment? Or how can we address the increasingly politicized challenges that underlie research into culture for the regeneration of urban centers and suburbs? The following editions (2015-2017-2019), with the relocation of the operational base of Ramdom near Gagliano del Capo near Lastation — the last train station the southernmost train station of South East to the south-east of Italy — have seen the conjunction with the broader reflection and heart of Ramdom’s research on the theme of the Extreme Land. All editions have seen the participation of international artists and researchers accompanied with an interdisciplinary approach, in all editions the participating artists and researchers have been accompanied in their research by international tutors that included astrophysicists, geologists, anthropologists, art historians, critics and curators. Seminars, lectures, direct experiences on the territory, workshops, group and individual work were alternated with moments of personal research. If the first four editions have not the last one the time of the final production through the realization of real exhibitions, thus testing the artists in a moment of maximum fragility when the idea is not yet formally completed, the 2019 edition has tried to operate as a platform aimed at freeing the moment of research from the moment of the actual production, ensuring among them a state of decompression. The final result was a publication.

THE LANGUAGE OF THE EXTREME

The last week of September, the week prior to the 2019 edition of Default, the New York Times Magazine released an issue devoted to reaching points unknown, The Voyages Issue, featuring photographic dispatches from the extremities of the earth.

Pondering over the opening question “What is it about human beings that makes us want to see the unseen?” the first paragraph of a text penned by Sam Anderson goes:

“Humans can hardly survive anywhere. It is both terrifying and comical, how vulnerable we are. We live comfortably, sort of, under exactly one condition: in the temperate patches of a very thin crust on a relatively small planet in a tiny corner of the known universe. Transport us anywhere else, and we will basically instantly die. Other planets will choke us; black holes will crush us. Even our own modest planet’s oceans will drown us, and its poles will freeze us, and its deserts will dry us into leathery husks.

And yet: We still want to go everywhere.”

for the past five years, when this residency-slash-workshop-slash-research group was moved from the (relatively small) urban dimension of Lecce to the villagey scale of Gagliano del capo.

Asking what there is to be learnt from being situated in a remote location like Gagliano del Capo, Default has become a platform for us and the participants to let our thoughts wonder. Can this extreme land teach us something about the contemporary global condition? Can we assign a psychological profile to someone who seeks the end or the extreme? A space to ask questions like Why am I here, again? as much as Where am I coming from?

Since the first Default set in Gagliano, back in 2015, it was clear that to work with the idea of extreme lands we had to define what the extreme was about, and we realised soon enough that everyone, both participants and lecturers, had a different definition for it. In every edition we have explored those declinations of the idea that laid at the core of the artists’ interests and practice, and over the past three iterations we have gradually seen a language of the extreme organically come together through the projects stemmed by their individual encounter with Gagliano and with the other participants.

Xiaowen Zhu highlights that extremeness is to be conside- red in relationship to a starting point; in conceiving the ex- treme as the distance measured between a departure and an arrival, she puts focus on the individual background of the traveller, and drafts a step-by-step guide to approach the remote.

Julie F. Hill investigates parallels between the geological formations of Gagliano and their unexpected similarities with the Mawrth Valley on Mars, hinting at the ways in whi- ch we can make use of our immediate reality to discover faraway lands.

Charnjeev Kang explores the idea of sublime, with a poem imbued with a sense of sublime; words that claim their spa- tiality on the page and hint at relationships between internal and external architectures.

Giulia Cacciuttolo’s love letter to the extreme land addres- ses notions of the notion of boundaries and with the unique potentialities that liminal spaces hold, where anything is possible and outcomes unforeseeable.

Tommaso Gorla embarks on an exploration of the Latin in- scriptions that populate the walls of southern Italian towns, while Joey Chin and Sarah Maple playfully portray the en- counter with the otherness, unveiling how the extreme land gazes back at the travellers who dare to approach and observe it.

What ultimately transpires from this unusual glossary, is that remote lands question our identity and self-perception, in a mirroring game that informs our inner and outer journeys.

Joey at the back of Bar 2000, Gagliano Del Capo, Italy

From your point of view, tell me what happened in Bar 2000 which related it to the theme of ‘Extreme Lands?

Joey Chin: This morning, I sat at the coffee shop across my block thinking of your question. The coffeeshop is nicknamed “50 000” (gor cjup czeng in Hokkien) due to rumours of its exorbitant monthly rent. Isn’t it ironic that both places, Bar 2000 and 50 000 are coffee haunts with numbers?

While mulling over your question at 50 000, I made my mother, who was having coffee with me, take this image.

My mother is calculated, hesitant, slow, when she takes a photo. My focus was a bit off by then, my smile caked, and my gaze glassed. Still, I looked wholesome.  When I juxtapose this with what you took at Bar 2000, I am sure I would never be able to recreate that in 50 000. My life with my family has been a series of pretending to be good: no, I’ve never smoked a cigarette, no I’ve never done this, I’d never done that.  But in Bar 2000, I was electric and sharpened to pose, to be myself and belligerent. I think it was also your energy, and what we were already planning.

Now back to you. Why did you pick the plot generator format?

Sarah Maple:  I like the plot generator because I enjoyed that feeling of being out of control. It asks you to fill in certain words to generate a story, so I chose words I felt were appropriate to the experience in Bar 2000. What I found fascinating about the Bar was that it had almost become like a lovely comforting space for us in an unknown environment. Additionally we were in this unsettling situation being on an artist residency in the first place, where we had only just met each other... you are still trying to make sense of the people and place around you. The night we refer to in Bar 2000, a group of men were talking, laughing and objectifying us. It was in a way that none of us had experienced for such a long time and felt so strange for all of us. We were actually none the wiser until Guilia started to get visibly agitated. She wouldn’t tell us what was being said, but you could tell from her face how extreme it was. I actually felt intimidated, objectified and genuinely afraid, in a way I haven’t felt for years….that gaze you feel on you when you’re an adolescent girl and you realise will be with you for life. As an artist who explores human behaviour, this ultimately became the focus of ‘Extreme’ for me. The football table suddenly felt like an intimidating object. The idea of us playing it felt almost offensive. It was a man’s domain after all. How dare we even try! I must admit I was nervous when we approached the table.

How did you feel before, during and after the performance?

Joey Chin: I agree with you on feeling intimidated. It was either after the outburst of the two young men, or the group of men who were eyeing and talking about us, that our group conversation stalled. Perhaps it was an instinctive way of making ourselves less audible and visible, or trying to focus on the immediate surroundings in the event of fight or flight.

A man came to watch us, and another had already been sitting on the right for some time.

I don’t think they came to watch the game, considering we were not very competitive. If we were playing alone- me and you- it would have been a riot. But in that setting, I thought okay let’s have fun, but maybe not too much fun, eh?  Now, if you could finish up this sentence, which is a spin-off of the “two men walk into a bar” joke you brought up during our time there: Two Asian wo(men) walk into a Bar (2000)...

This story is from:
Default19
by Ramdom