Duty to Create Consideration of the Concerned 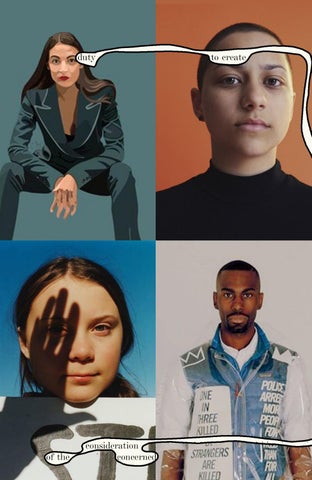 Bartending + waitressing (especially in NYC) means you talk to 1000s of people over the years. Forces you to get great at reading people + hones a razor-sharp BS detector. Just goes to show that what some consider to be â&amp;#x20AC;&amp;#x153;unskilled laborâ&amp;#x20AC;? can actually be anything but Alexandria Ocasio-Cortez

but who is it convenient for? dark rum, brown sugar, orange juice, egg whites

Most people in the United States think of feminism as a movement that aims to make women the social equals of men. This broad definition, popularized by the media and mainstream segments of the movement, raises problematic questions. Since men are not equals in white supremacist, capitalist, patriarchal class structure, which men do women want to be equal to? Bell Hooks

Duty to Create Consideration of the Concerned

This cocktail menu is an artifact from a Green New Deal-inspired cocktail hour that took place amongst six Americans in London. Each collage is an altered page from the Green New Deal. They were created through a computer-based method of collaging and editing that is inspired by artist Tom Phillips' Humument Globes. In this menu, the designer combined two versions of the work into one, leaning on her experiences of bartending along with those of Alexandria Ocasio-Cortez, the politician who headed the Green New Deal, to explore themes of race, gender, and class inequality in America. 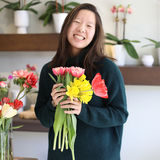