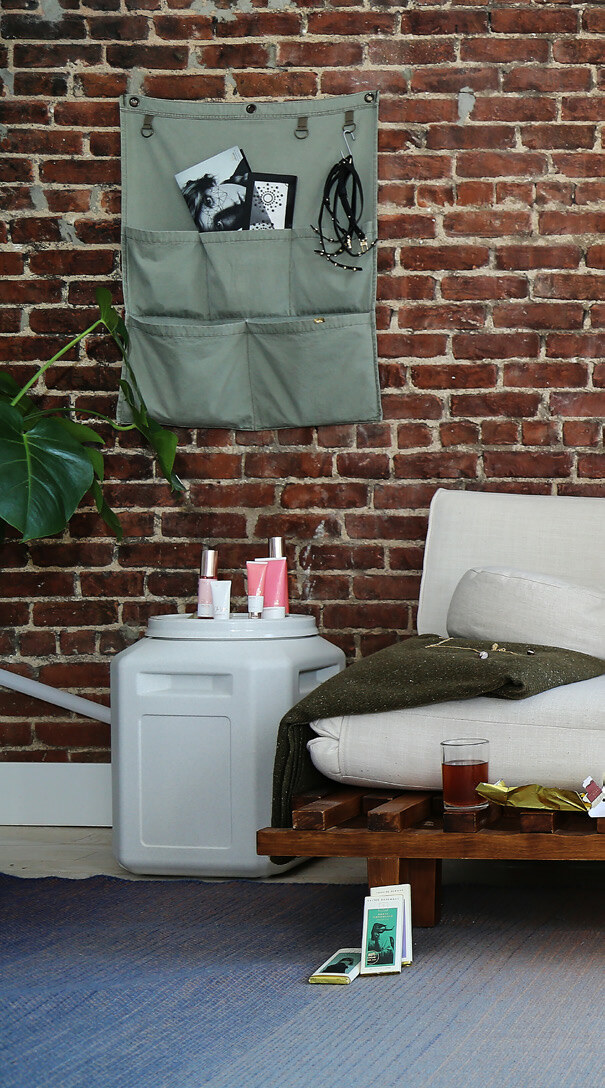 “I grew up in North Carolina and never had anyone in my life who I looked up to and thought you’re exactly what I want to be when I grow up. Then I come to New York and it’s like I don’t stand out at all. In a good way! Whenever I see someone express themselves fully here, whether they be gay, trans, or something else, I think that’s amazing.”

“ I’ve had close friends be like, what do you mean, you’re trans? I’m trans-male-passing, which means I don’t want to transition. I know that there will be questions about my identity. At the same time, I try to make people aware that it’s not just about physical appearance. I want people to realize that they shouldn’t assume that because I don’t look a certain way that I’m not trans. People are gonna say so many things and treat you like shit, but at the same time I would rather battle it head-on than confine myself because I’m too scared to go outside.”

“First, I came out to my parents that I was gay. I wouldn’t even say I came out, really. They saw me texting someone. ‘Who are you texting?’ they asked. I was 13, so they took my phone. And what a surprise, it was someone older than me, and a man. My mom and dad sat me down and basically said, you are black and you are gay, people are going to bully you, and you can’t just go around talking to older men, you have to be aware of little things like that.”

“Around the age of 15 I wanted to start painting my nails; I wanted to start wearing dresses. I liked having a feminine energy. And then over time, it was just like, ‘I’m not going to say what gender I am.’ I was happy to do literally whatever I wanted and to show the world, this is who I am.”

“Growing up, I used to come to New York all the time. My mom was born and raised here, so when I moved out here to Brooklyn, I thought I’d know where I was going. But I was definitely not prepared. I came out here on a bus with $200 and I was like, ‘I’m gonna make this work!’ And I made it work, but New York, what I’d like to say to you is, ‘Bitch, you caught me off guard!’”

“At first I lived with my family here in New York. I would dress like a male and rush out of the house, then change into women’s clothing, then change back before I got home. It became so annoying. I needed my own spot with friends. My house now is 100% trans and it’s been a party ever since.”

“It really hit me when I was on the train in New York. It was fashion week, and it was the first time I wore a dress in public. Everyone was saying, ‘You look so cute!’ And people were taking pictures and this and that. After feeling so insecure for so long, to finally come out in a dress and realize, wow, that really wasn’t so hard, it almost brought me to tears.”

“New York would identify as They if it was a person. Look around! There are so many different people, so many individual styles, and I love that so much! If there was another gender outside of They, New York would be that. It would be a lot.”

What neighborhood do you live in? Prospect Lefferts Gardens in Brooklyn.

Best thing about living there? How kind and respectful people are to each other.

Favorite street to stroll? Anywhere near Washington Square Park because I’m always running into people that I know.

Favorite bar? I’m not 21 yet so a bar isn’t an option. But, I will say you can catch me at Vivi Bubble Tea for the best drinks.

Hidden gem? A hidden gem would be oo35mm located in Chinatown! One of my favorite skin care spots hands down.

How to be(come) a New Yorker? To become a New Yorker you have to acknowledge the diversity, and let it be known that you’re open to learning from everyone. You have to be able to expand just as easily as you close yourself off, because at every corner of every avenue and boulevard, you’ll need to know what’s coming your way.

Visit Ebon at home in a 3-minute video: quotedmagazine.com/ebon

“ I really want to reiterate that I have not transitioned. I don’t have boobs, and my voice doesn’t fit my look. When people look at me, they don’t necessarily think I’m trans. I’m still learning, still experiencing. In a few years I might be a whole different bitch! Who knows. But I don’t want people to read this and think, I can’t relate, this isn’t me. You have to be aware of where you’re at in your own journey. I want people to know that there are different versions of trans. Trans is not just what you see on TV. It’s a hard journey, but I know things will fall into place. You just have to be yourself, and hopefully yourself is enough for you.”