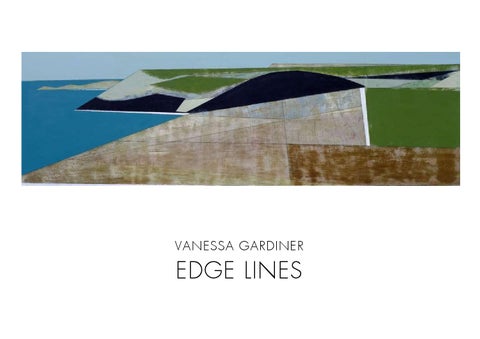 uercus Gallery is proud to present this solo exhibition of work by Dorset-based painter, Vanessa Gardiner.

EDGE LINES introduces new paintings and drawings of Cornwall, together with selected paintings from recent visits to Greece. Vanessa Gardiner has always been drawn towards the natural geometry of coastal regions, particularly the Cornish peninsulas around Boscastle and more recently the Attica coastline. These coastal areas offer an absorbing combination of elements; it is these intersecting cliff points, sky lines and ocean planes that form the raw visual ingredients for her work. For this exhibition, I have returned to the Atlantic coastline around Boscastle, North Cornwall - a dramatically contorted landscape I have known for many years. Here the natural crook of the harbour is almost enclosed by the precipitous forms of the dark-slate cliffs. It is from these high vantage points that I like to base my paintings and I start with a series of closely-observed drawings, which I use to compose the pictures back in the studio. In making these new works my focus was increasingly drawn down towards the harbour entrance or out over the headlands, beyond the promontory to where the vast sweep of this panoramic coastline looks out towards Pentargon and Beeny. The coastal path lines intriguingly follow the contours of the cliffs, which are in turn echoed by the white surf of the sea. In Greece I was struck by the unexpected similarities between the linearity of the Attica coastline and that of the Cornish landscape, although here the clear, sharp Greek light enhances the purity of the lines and contours of the pale grey hills. Here the sea is more an intense cobalt blue, which at times appears to seemingly float as a solid band of dense colour across and between the headlands. The Greek paintings are sparser and more abstract in quality, reflecting the bold elements of the Mediterranean shorelines, yet they also draw attention to the â&#x20AC;&#x2DC;base linesâ&#x20AC;&#x2122; common to both landscapes, a similarity which Vanessa has remarked upon having enhanced and refreshed her response to the landscape in general, particularly when returning to Cornwall. 3

Vanessa finds the process of drawing essential in getting to know a place well before beginning to paint. She states that only after drawing can she in some sense then feel justified in abstracting and reordering the landscapes into the carefully selected compositions she uses later in the paintings. Marks, textures and traces are built up upon the surface of the board, which itself can be incised, abraded and carved so that different weights of line and surface texture react with one another and direct the composition in unknown directions. By repeatedly sanding and scouring the plywood and responding intuitively to the traces and after-images which are left at each stage, I hope that something beyond the subject matter and the material will emerge, some ‘otherness’ as it were. I work across a number of pieces at any given time and might work on a series of six or seven paintings, rotating them in the studio as I go. I find that ideas from one picture will feed into others, and then back again. Naturally it can take some months to achieve resolution, with each painting acquiring, in some sense a kind of ‘family history’ but also standing up as a statement on its own. The act of exploring, and being directed by, her materials is certainly important beyond a concise representation of place but this process also creates a satisfying time-worn quality, which seems to evoke an essence of the naturally forged headlands and cross hatched path lines. This exhibition draws attention to Vanessa Gardiner’s distinctive visual language and the unique way in which she observes, distills and reorders the edge lines of a landscape in her paintings. Vanessa Gardiner studied art at the Central School of Art and has exhibited widely since 1991. She lives and works in Charmouth in west Dorset with her partner, the painter Alex Lowery.

There is a grandeur about such a coast with the architectural qualities of its monumental cliffs. It is often from these high viewpoints that I draw, looking down onto the natural harbour and sea.

It wasn't until April 2008 that I made my first visit to Greece. Initially it was only for five days to Athens, but it seemed both necessary and urgent to follow a newly discovered architectural direction in my work and to see the Parthenon with its embodiment of pure architecture, order and clarity.

Later that same year I accompanied this with a trip to the Peloponnese and began a series of drawings from the Argolid landscape knowing that there was much more to pursue and that it would be essential for me to return if I were to explore these ideas in depth.

The wild Atlantic coastline of North Cornwall has been a long -standing inspiration for my paintings and it is the particularly beautiful area round Boscastle, which continues to captivate me. Here the dramatic landscape is made up of highly structured, dark slate cliffs and tidal inlets. Along this stretch of coast, looking out towards Pentargon, there is a path line which follows the contours of the cliff edge which in its turn echoes the surf line of the sea. 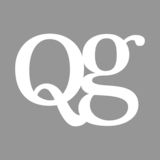