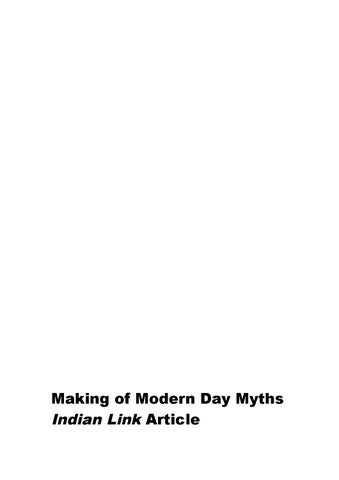 Making of mode A spotlight on alternative representations of the feminine, a world away from the stereotypical

hy do artists make up their own stories? To understand their world, to question and defy prejudice, and to celebrate the beauty and power of the ordinary. Mythopoetic: Women Artists from Australia and India, an exhibition currently being featured at the Griffith University Art Gallery and the Queensland College of Art Galleries, is about creating and rewriting myths for the modern day. 15 talented artists imagine “who they are and what they could become”. The exhibition is the brainchild of artist and curator, Marnie Dean, whose introduction to Indian artist Nalini Malani was ‘life-changing’. Malani used mythology and popular cultures to bring attention to the status of women. “As a woman I do not commonly find visual imagery in my own culture that I personally relate to, as women are objectified, we are robbed of our own sexuality and depicted as the desirable objects of predominantly masculine gazes,” says Dean. She feels that exhibitions like Mythopoetic are important because they shine the spotlight on alternative representations of the feminine. “The artists are compelled to create new myths because they help us to navigate our position in global cultures and provide a ‘real’ depiction of ourselves, she said. “They can educate young people with different concepts and positive role models”. The works of Indian artists like Pushpamala N and Sonia Khurana in Mythopoetic are vital in exposing stereotypes and raising awareness about prejudice, especially in light of the recent atrocities against women in India. The exhibition is a balm to that violence, and celebrates “the indomitable practices of women artists in India and Australia, who are leaders in the contemporary global art world. It highlights the commonalities in 28 MAY 2013

the work of women artists from both countries,” says Dean. Those common concerns are explored in this rich and colourful exhibition that is being held in the Webb Centre Gallery, the Project Gallery and the Griffith University Art Gallery, under the directorships of Naomi Evans and Cassandra Shultz, who are working together for the first time and in coordination with the Queensland Conservatorium of Music, as part of the wider Encounters India festival. The melding of cultural myths, literature and music to create a new vision of the feminine is the common thread that weaves through this exhibition. Aspects of the feminine vary from vulnerability in Pushpamala N’s video, to the burden and isolation of women in modern society by Laini Burton and Dhruvi Acharya. They look at the experience of travelling in India (Jill Kinnear and Ann-Maree Reaney), and the desire to reach a deeper understanding of the culture (Di Ball). The artworks focus on the impact

of globalisation on economies (Pat Hoffie and Fiona Hall) and transformation (Simone Eisler). The empowerment of women is expressed in form of reimagining myths and goddesses (Kate Beynon and Sangeeta Sandrasegar, Marni Dean, Shambhavi Singh) and in Sonia Kurhana’s personal decision to act authentically, regardless of public expectation. Sonia Kurhana’s video Flower Carrier III 2006 was inspired by a figure in the work of writer Milan Kundera, who chose to focus on the beauty of a flower she carries, rather than her marginalised life. It’s a powerful film that follows the artist as a rumpled figure wandering through the streets of Barcelona. The surprised and uncomfortable stares of the public are contrasted with loud and upbeat Indian music. Marnie Dean’s Morrigan- Kali, the ‘She-wolf ’ is a digital lightbox that glows with the spirituality of the feminine. Dean draws on her Druid/British/ Irish heritage and uses the ancient

Celtic goddess - the Morrigan, combining her with the Hindu Goddess Kali, to create a spiritual figure that will ‘redeem women collectively and raise their status all over the world’. Pushpamala N is a renowned artist who documents herself and a series of characters to explore her idea of the artist as an ‘ethnographer’. Pushpamala challenges the prejudices that attempts to classify women according to their caste and ethnicity in a video called Indrajaala/Seduction 2012. In it, she recreates the story of the female villain Surpanakha from the Indian epic, the Ramayana. Australian Mandy Ridley’s work Sometimes I feel my heart will burst (2012), was the result of a serendipitous moment experienced in Spain. “What I can only call a ‘body shock’ of recognition, at the eerily familiar topography and feel of the landscape; it was just as though I was trudging along the road towards my family farm in Gippsland!” says Ridley. The beautiful and multilayered ‘mural’ is the result of study undertaken

during Ridley’s Spanish residency when studying Islamic art. The joyful result is a landscape of botanic and symbolic pattern and colour that communicate place and identity. The final word must go to new media artist, Di Ball who explores a persona called binDi Ball. Ball views her travel experience through India with her “third eye… the seat of concealed wisdom”. The video BinDi Ball is deeply superficial is presented in a circular format. The artist applies the blue paint to her Kali persona. The paint disappears and re-appears, as layers of truth are revealed. It is central to the heart of this exhibition and by rewriting the poem Artist by Rabindranath Tagore, from a female point of view, Ball reclaims the value of womanhood and women artists regardless of age or culture. Mythopoetic is on up to May 18 at the Queensland College of Art, South Bank Campus, Brisbane, while Encounters India runs up to May 19.

Artist Don’t know who it is painting life on the canvas of memory... She’s an artist. Meaning, she’s not sitting there with a paintbrush to keep a replica of reality. She deletes so much, and then adds some according to her sensibilities. She makes big things small, and small things big at will. She doesn’t hesitate to put the future in the past or project the past into the future... In reality, her preoccupation is to paint a moving picture. 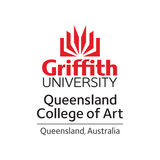 A spotlight on alternative representations of the feminine, a world away from the stereotypical.

A spotlight on alternative representations of the feminine, a world away from the stereotypical.