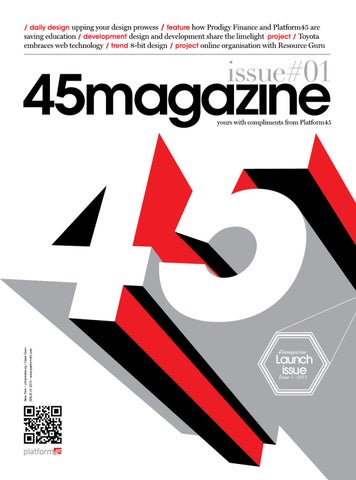 00% Copy to run here to be supplied

00% Copy to run here to be supplied

00% Clients South of the equator

:roboto -philia [roh-bot -oh fil-ee-uh] A name used to describe an attraction or love for humanoid or non-humanoid robots, for people acting like robots or those dressed in robot costumes. Also characterised by a desire to find the latest robot models, to have robot companions and by an unusual passion for bolts {Prototype } / ROBOT LOVE Sure, robots have a bad rap for taking over planets and killing humans – 2001: A Space Odyssey’s HAL was a bit scary, and The Terminator even more so. But there have also been quite a few robots that are cute and cuddly, despite their metallic exteriors. Take the dryly humorous Robby the Robot from 1956’s Forbidden Planet. Despite the film’s promotional poster featuring Robby carrying off a blonde in distress, Robby was actually friendly, if not a bit debonair, with clever lines such as “I seldom use the climate myself sir, it promotes rust.” Robby is available today from Hammacher Schlemmer as a full-sized replica for only US$50,000. For something more this century (Robby was supposedly from the 23rd), Hitachi’s new EMIEW 2 robot is Robby’s cutting-edge equivalent. EMIEW uses the internet to identify

objects and then find them through voice commands. Before you know it, he’ll be finding your keys and feeding your dog. Then there’s NEC’s PaPeRo, a childlike robot that has been created to live with human beings. It has speech and face recognition, reacts to touch and can even negotiate objects in its path. But the most innovative robotics have been developed to assist the business world. Already, prominent technology and internet companies are using robots in their warehouses, such as Kiva Systems’ Robotus Ubiquitous, which is a small, flat, orange robot that can shift boxes and work together in units to accomplish a task. The company was acquired by Amazon, who use the bots to work their warehouses. Then there is the Anybot, who is pioneering the field of telepresence. Displaying a live webcam feed of your face, the robot’s communications function like a Skype call, while its Segway-like body allows the caller to explore the environment on the other end of the line. The Anybot demonstrated its prowess on YouTube by ordering a scone at a coffee shop; it might just make business trips obsolete. Friendly, helpful robots are definitely no longer science fiction. Left: PaPeRo robots. Above: The Hammacher Schlemmer replica of Robby the Robot from Forbidden Planet. Right: The Anybot.

DESIGN-A-DAY We’ve all been given those inspirational quote-a-day calendars by grandma at Christmas that annoyingly remind us each morning that we really should be behaving ourselves. The concept of design-a-day is similar, but much more fun. It encourages designers to exercise their creative prowess with a daily design, providing a useful way to let the creative juices flow without having to worry about clients or deadlines. Here’s a few of our favourite daily design blogs:

is always of a cute but scary monster. www.dailymonster.com * C86 Designer Matt Lyon’s incredibly intricate graphic illustrations look like they took a whole day just to do. www.c8six.com * Design a Day: A group of US graphic design students undertook a design-a-day project in 2011 with some nice results. designadayblog.com

DESIGN Tech nerds rejoice, the retro trend has gone nerdy with the return of the 8-bit design trend. 8-bit was cutting edge back in the ‘80s: now it’s quaint and ironic. Whether it’s street artist Space Invader decorating the street with, well, space invaders, runway models wearing pixel masks for Anrealage’s 2011/2012 collection or master pixelator Eboy creating giant lego-like cities, 8-bit is everywhere. Eboy is actually a moniker for a group of pixel artists from the former Eastern Bloc who take their inspiration from 1980s childhoods, using Lego, Nintendo and other such pop culture icons. Platform45 embraced the trend with their Naked Password web app, which features our very own 8-bit girl, who removes more of her clothes the stronger your password is. She became a viral internet sensation, and due to popular demand, we got her a boyfriend: 8-bit guy.

{ In your bag } What’s a tech geek to do when she’s on the go? Fill her bag with cool gadgetry, of course.

little printer, big ideas Ever imagine we’d all be in flying cars in the future? So did Hungarian design student Tibor Juhasz, who entered this supersleek design, titled AUDI CALAMARO, into the Hungarian Audi Design Competition. No guarantee it flies though...

It’s cute, it’s portable and it’s a printer? Strange but true. Little Printer provides a way for you to create instant printouts, wherever you might be. bergcloud.com/littleprinter

Low on cash, but owe someone money? With the Square Card Reader, you can use your cell phone as a credit card machine. ATMs will be a thing of the past. squareup.com

What if you could wear your smartphone on your wrist? That’s the idea of the Pebble, a watch with a touchscreen that runs apps synced with your iPhone. www.getpebble.com

The launch issue of 45 Magazine 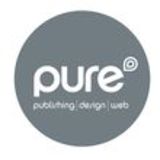