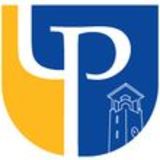 Polytechnic University of Puerto Rico (PUPR) is a private, non profit, co-educational higher education institution founded in September, 1966. The main campus is located in San Juan, Puerto Rico, at the Hato Rey ward, quite close to the Golden Mile area. The main academic disciplines are: Engineering (seven programs), Geomatic Sciences, Architecture, Computer Sciences and Business Administration (four majors). At the present time, it is the largest private Engineering School in Puerto Rico and the only one in the district of San Juan. It is also the largest private Hispanic Serving Engineering School in the United States and its territories. In 2001 and 2003, the University opened new campuses in the cities of Miami and Orlando, Florida, respectively.