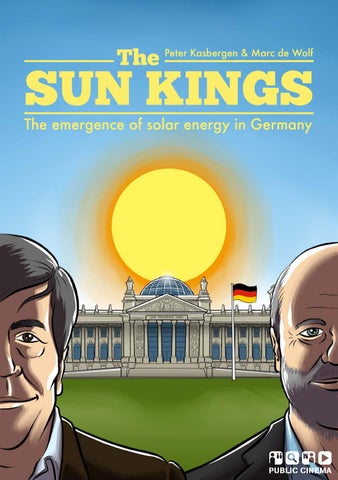 The emergence of solar energy in Germany

This short graphic novel is based on the chapter “The Sun Kings: Solar Energy in Germany”, written by Peter Kasbergen and Frans Nauta. The chapter appeared in the book “Agents of Change: Strategy and Tactics for Social Innovation” (Edited by Sanderijn Cels, Jorrit de Jong, and Frans Nauta; published by Brookings Institution Press, Washington: 2012). We have taken the greatest care to ensure that this graphic novel reflects the essence of the chapter. Unavoidably, we had to leave out some of the details. Those interested in the full story, we refer to the book “Agents of Change”. Research: Adaptation: Coloring: Special thanks to:

The emergence of solar energy in Germany

At the beginning of the year 2000, Hermann Scheer visited Gerhard Schroder, the German chancellor, in his office.

Between them lay the Renewable Energy Act. It had already passed through parliament, and only needed Schroder’s signature.

This law would provide significant incentives for renewable energy production, and change the German energy market. Schroder was under heavy pressure from fossil energy companies not to sign.

But Scheer was one of the principal designers of the Act, and had just won the Right Livelihood Award*. Refusing to sign right in front of this man was a move too bold for Schroder.

So he picked up his pen and signed.

This signified an unprecedented victory for renewable energy in Germany. How had Scheer pulled this off, despite immense resistance from both the energy lobby and the political establishment?

The disadvantages of fossil energy sources such as coal are well known: Their resources are finite and they contribute to global climate change.

Yet despite the energy crises of the 70â&#x20AC;&#x2122;s, the German government had done little to invest in renewable energy.

This was partly due to the dominent lobby of the fossil fuel companies. They had strong historical ties to the ministries of Economic Affairs and Education, Science and Research.

This is due to an effect know as

Market Failure Fossil energy companies did not (and still donâ&#x20AC;&#x2122;t) include the external costs of their production into their prices. An unregulated market gives them no incentive to do so.

External costs are nonmonetary costs such as environmental impact and pollution. Even though these costs are minimal for solar energy, they canâ&#x20AC;&#x2122;t compete in a

market where such costs are not taken into consideration.

But there was a ray of hope for German solar energy...

and it came in the form of two ambitious politicians: Hermann Scheer A member of parliament for the Social Democratic Party (SPD) and a researcher involved in renewable energy since the late 1970s. He was also a public entrepreneur who founded several non-profits such as Eurosolar, to advance renewable energy.

Hans-Josef Fell A member of parliament for the Green Party and the first to be awarded the European Solar Prize by Eurosolar in 1994. An expert in renewable energy, as well as an advocate for an act that enabled local governments to stimulate solar energy.

Scheer had been working on the development of solar energy for decades. However, up until recently he had to settle for small developments.

One of which was Fellâ&#x20AC;&#x2122;s aforementioned act, the 1.000 Roofs Project. It was an initiative to stimulate the installation of solar panels on residential homes in his town of Hammelberg.

1.000 Roofs worked as follows: Citizens with solar panels on their roof were guaranteed a set price for the electricity they fed back into the power grid. The grid owner would pay the regular energy market price for this electricity. To make sure the owner of the solar panels was fairly compensated, the additional costs were spread evenly over all energy users. Thus, the set price for solar energy was the market price plus the additional costs, making it financially feasible to install a solar panel.

1.000 Roofs was succesfully implemented, but at the federal level, there was no political support for solar energy. That is, until an electoral shift in 1998...

The federal elections in October 1998 resulted in a victory for the Spd, leading to the first ever coalition government between the Green party and the spd.

Scheer and Fell knew that now was the time to act!

Our heroes had three main issues to tackle: 1. Arranging the administrative details. 2. Gathering parliamentary support. 3. Finding a way to fund the subsidies for the program.

They decided that the subsidies would best be distributed indirectly: The government would subsidize local banks, who could then offer reduced interest loans to citizens and foundations to fund the installation of solar panels on their roofs.

Convincing his fellow MPs to support the program was easy for Fell: he was a member of the Green Party after all.

For Scheer this proved a bit more of a challenge. His socialist party traditionally had a lot of voters from industrial areas, who werenâ&#x20AC;&#x2122;t very keen on solar energy. But he managed to convince his partymembers with the prospect of job opportunities in the solar energy sector.

Then there was the issue of securing funding. Not an easy task, because the minister of economics was completely in the pocket of the fossil energy companies.

“Solar energy is a declaration of war to reason.”

“Wherever he could, the minister would slow down any initiative for stimulating solar energy production.”

However, Scheer and Fell found a way to work around the minister of Economics: The minister of Finance was a long time friend of Scheer, and supportive of their cause. Thus, Scheer was able to personally secure a budget for the programme.

And so, the 100.000 roofs act was eventually voted in by the Reichstag. It had been an exclusively parliamentary effort, which was highly uncommon in German politics.

However, this was just the beginning...

Some people had solar panels on their roof now, but the owners of the power grid would not accept their energy surplus to be fed back into the grid. They were not obliged to do this.

This uncooperative attitude from the energy companies was hardly surprising. They used all means at their disposal to obstruct the development of solar energy. At some point, they went all the way to the European Court of Justice to thwart Scheer and Fell’s efforts (the court, however, denied their claim)

But Scheer had created a diverse coalition for solar energy over the years, consisting of entrepreneurs, activists, labour unions, politicans, scientists et cetera. He convinced them all with different arguments, pointing out the diverse benefits of solar energy.

“Do you want to ask fossil energy cpmpanies to make the transition [...] to renawable energy? That’s like asking the mafia to help fight organized crime!” Jobs!

* One entrepreneur even switched from producing army vehicles to selling solar panels.

The Renewable Energy Act: By the time 100.000 roofs was implemented, many citizens demanded a renewable energy act from their local constituents. An act that for the long term would guarantee a fair compensation for the energy that solar panel owners fed back into the grid. So Scheer and Fell’s next move was to create just such an act, for the 20 years to come.

All energy consumers pay equal part of the difference between the feed-in tariff and the market price.

Feed-in tariffs decrease over time toward the market price.

Thanks to all the previous efforts by Fell and himself, Scheer found that it was relatively easy to gather parliamentary support this time around.

This was thanks to the succes of the 100.000 Roofs Act. Simply put: it worked. There was an incentive to buy solar panels, and it brought jobs and prosperity.

“I understand why people put a solar panel on their roof. It makes more money than putting the money in a savings account- and shows you care about the environment when you have a solar panel on your roof.”

Thus, the Renewable Energy Act was voted in and signed by Schroder.

And so the future for solar energy in Germany looked... Sunny!

The actions of Hermann Scheer and Hans-Josef Fell have proven to be crucial. With the Renewable Energy Act they created a market for solar energy. Ever since the Renewable Energy Act, Germany has been frontrunner in Europe in the field of renewable energy. A total of 41.340 megawatt of solar energy capacity has now been installed. This is twice as much as number two Italy, and 20 times as much as the Netherlands. Whether you are a politician, researcher, journalist, entrepreneur or activist, we hope this graphic novel inspires you to take action. To learn from what Scheer and Fell did, and to show the same courage. To strategically work with different parties to make the transition to renewable energy. Letâ&#x20AC;&#x2122;s all work towards a brighter future! 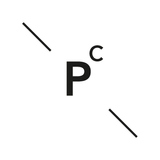 This short graphic novel is based on the chapter “The Sun Kings: Solar Energy in Germany”, written by Peter Kasbergen and Frans Nauta. The c...

This short graphic novel is based on the chapter “The Sun Kings: Solar Energy in Germany”, written by Peter Kasbergen and Frans Nauta. The c...