2013 Tomorrowland was determined to halt the expanding amount of waste and to reduce its growth.

was coined as a framework

amount of waste had grown

vision and a more in-depth exploration to understand and influence the negative effects of Tomorrowland.

by Tomorrowland itself, became the first bin in the world for festivals and served as a real eye-opener. It was a success, as the Flowerbin made sorting and disposing waste much more fun.

The vision of Love Tomo for an environmentally

“Book of Belief”. By now

in a much cleaner fashio

and various projects and

subsidised cases to navi the negative effects of Tomorrowland. 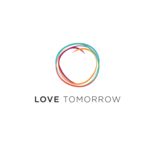