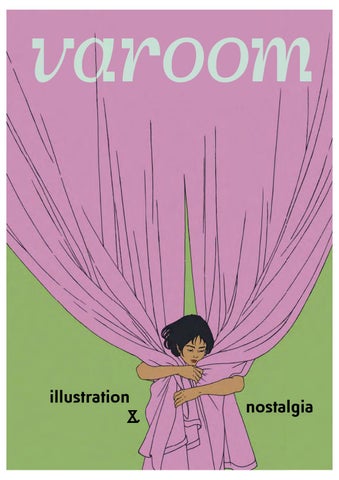 game that combines the studio’s passions for typography, crazy golf and pop culture from the 1980s and 90s. Shane Walter talked to creative director Matt Rice about how Sennep’s nostalgic fantasy world became a reality.

After some experimentation, the aesthetic we landed on was clean and colourful, enhanced with realistic textures and lighting and finished with crafted details. We went through several iterations for each letter until we found the right balance. The style of the project was a major driving force behind the game. We were excited by the idea of designing something that looked gorgeous as well as being great fun to play. Once we settled on the idea of making the alphabet a minigolf course we were inspired to create typographic dioramas that could stand alone as mini artworks in their own right.

Sennep is a fifteen-year-old independent design studio based in London. They have made a name for themselves with intelligent design and graphics across online, mobile, games and installation projects. They pride themselves on simple, smart and above all ‘human’ work that connects with people on an emotional level. With Sennep Games they have translated their skills to explore new opportunities in the mobile gaming sector and beyond. Driven by their internal team this has arguably produced their most memorable work. Alphaputt is their second major release since the award-winning and highly addictive multiplayer game, OLO. Alphaputt marries a love of typography with a game many of us have thrashed around playing at some point in our lives – crazy golf! With references from Alcatraz to zen gardens via graveyards and skate parks, Alphaputt is not only highly playable, it’s a showcase of beautifully crafted digital illustration – it’s a tournament-winning combination, driven by pure passion and shot through with heavy doses of nostalgia. Teeing off with A and finishing the course at Z I did the rounds with Sennep creative director Matt Rice for some straight shooting on the making of Alphaputts.

tale Hansel & Gretel have an edge. Taking in the original story’s horrific neglect, abuse and murder, Clive has adapted the story into a picture book, toy theatre and original stage production. Olivia Ahmad looks at Clive’s startling manifestations of the familiar story. “The boy was called Hansel, the girl was called Gretel – hence the title, Hansel & Gretel.” So the narrator opened Clive Hicks-Jenkins’ 2018 staging of his version of the European folk tale, first recorded by the Brothers Grimm in 1812. The performance had the subtitle a nightmare in eight scenes, which undermined any notion that Clive’s combination of animation and puppetry would be a saccharine adaptation of the story of the witch who tempts two lost children into her house made of gingerbread. “It’s a dark and brutal story,” he says, “the mother has been cruel and treacherous, and is dead by the time the children return home, with no explanation of what happened to her. Gretel has killed a witch in the most dreadful manner, which is not something you can just brush aside. There will be psychological scars. So the story is odd and downright nasty and has too often been glossed in endless re-tellings. It was just too good a chance for me to miss.”

“It’s the first painted campaign that I know of, and a big leap of faith from Gucci,” says the artist behind the thirty-two digital paintings used by the luxury Italian brand to advertise its Spring/Summer 2018 collection. From glossy double spreads in magazines – many of which reveal augmented reality effects when scanned with the Gucci app – to billboards, animated window displays, interactive sticker art, giant murals and 360-degree panoramas accessible via in-store VR devices, every image in the campaign was made by Monreal. It featured no photography. While fashion brands have increasingly capitalised on illustration’s popularity online, Gucci’s ‘Utopian Fantasy’ (#GucciHallucination) has made the most extensive use of it. “Gucci is about making fashion extremely cool,” says the tech blogger Dimitri Makris, who also notes that the brand enjoyed a 44.5% increase in revenues in the months following the campaign’s launch, dispelling long-held myths that illustration can’t be effective in fashion advertising.

Grain texture is evocative and seductive – onto it we project ideas of labour, material, skill and craft; the smell of oily ink and white spirit and the sound of gears, wheels and wool under pressure. These are the processes of making that we expect from grainy images.

Grain texture added digitally to an image convinces us of materiality and making. The surface textures, dots and smudges that are made on screen do not exist because of an actual physical act of drawing or printing; they are algorithmic ‘noise’. This is ghost processing, designed to coerce us into reading an image in a particular way.

Distant Memories I grew up in the UK but as a child I went to Hong Kong with my family most summers. I feel nostalgic for the films I saw – the slapstick humour of Kung Fu Hustle and Shaolin Soccer – and the weather report and adverts on TV. I remember waking up in a jet-lagged daze around 3am and walking into the living room. We were near the sea, by the mountains. There’s the sound of running water from a fish tank. Heat in the air, and the red glow and incense from the little home shrine. I miss that vivid place and the excitement of adjusting to a new time zone. Waking up in a new world, waiting for the day and its events to unfold. The shrine isn’t there any more. It’s bittersweet to think I won’t have that exact experience again.

Looking Through Someone Else’s Eyes (London), 2019

Half of my family are in Malaysia, another place that holds much nostalgia for me. There are thousands of things that make up the fabric of a city and it’s the minutiae that make me feel soft for a place. Like how in Malaysia there are no carpeted floors because it’s too hot – I think of my feet on cold tiles. Can someone be nostalgic for cold tiles? 5

Finding the Middle Joy Miessi tranforms personal experiences into visual memorabilia through mixed media work. Both an illustrator and painter, Joy’s work reveals a range of themes, from past moments and conversations to intimate thoughts. Aisha Ayoade talked to Joy about the concept of nostalgia and how the past is made present in their work.

ou had your first solo exhibiton Do You Know Your Middle? in 2018. What’s the story behind the name?

The title came from my mum. From when I was young until now, she begins the process of parting my hair by asking me “Do you know your middle?” At first, I took this literally and understood it to mean “am I aware of where the middle of my hair is, in case she misaligns my central parting.” It didn’t always require an answer, as she’d always start separating the hairs straight away. As I’ve grown older, and with the time I’ve had to reflect over the years whilst getting my hair braided, I’ve understood the question to be so much more than literal. To me, it’s come to mean knowing who I am with certainty and pride even if I’m far away from home – my middle.

How did you capture memory through the work you made for the series?

Behind almost every painting in this series is a photograph. I started the process of making work by spending time at home and going through the albums that we have. Many of them sparked memories and stories and some of them were unfamiliar. I chose a few and chatted with my mum about the people in the photos, her perspective, and it sent us down a road of memories. The painting process was simply reflecting back on each memory – using words, colours and shapes that I could recall and bringing them forward into line drawings and text. Bringing nostalgic feelings into the work I create is part of my character. Naturally, I find myself reminiscing or trying to remember past events and conversations in order to strengthen the memory. I forget stories and key elements all the time, so to be able to turn these recollections – many of which don’t have photographs documenting them – into artworks, adds permanence to the stories that I value.

How did your grandfather share his memories of his youth with you?

A few years before he died, he wrote down what he called a ‘Lebenslauf’ (or CV) for me. That was mainly in response to my interest in our family history. He wrote in some detail about his family, and then he ran through his own life, chronologically, with small anecdotes here and there, but it was brief – just five typed A4 pages. When beginning the research for the book, I interviewed Günter’s sister to see how her memories of those times correlated with what he had written down, and if she could fill in some blanks. She was open to talking, but she knew even less than my grandfather had documented about his experiences in Nazi educational facilities. She said everything was very ‘hush-hush’ and no one really knew where anyone was being sent or what they were doing. Were family photographs also a source?

Yes, I tried to use as many family photos as I could – all the scenes in the book that show Günter in the context of family are real. All the other people and most of the places are based on archive images, mostly from the Bundesarchiv (German Federal Archives). I found images related to everything that occurs in Sunday’s Child – everyday Germany and Germans of the 1930s, military training, the Hitler Youth, training institutions and the ruins of German cities during and after the war. A few illustrations rely on photos I’ve taken myself. Particularly important in the development of the book were two research trips to the Nuremberg stadium (the site of Nazi party rallies) and to a former Hitler Youth initiation site in a forest near to where my Dad lives. Everything in the illustrations has some basis in reality.

Varoom 39 the Nostalgia issue Nostalgia in illustration – does it hold us back, or can it help things progress? Distant Memories Joey Yu reflects on the flow between reportage and memory with drawings made across the world. Discovering Scarfolk Emily Jost talks to Richard Littler about his dystopian fictional town, perpetually stuck in the 1970s. New Nostalgia Billie Muraben asks whether nostalgic illustration hurts or helps. Finding the Middle Aisha Ayoade talks to Joy Miessi about preserving memory in mixed media for her most recent exhibition. Tracing History Paul Gravett and Serena Katt discuss her graphic novel Sunday’s Child about her grandfather’s youth in Nazi education facilities. Daydream Nation Zoë Taylor looks at Ignasi Monreal’s narrative-laced campaigns for Gucci and asks whether fashion illustration can break from its past. A to Z Shane Walter talks to Sennep Games’ Matt Rice about the making of their crazy golf and pop culture fantasy world, Alphaputt. Cover illustration by Manshen Lo Nostalgia in illustration – does it hold us back, or can it help things progress? Find out in the new issue of Varoom. From the fictional E...

Nostalgia in illustration – does it hold us back, or can it help things progress? Find out in the new issue of Varoom. From the fictional E...