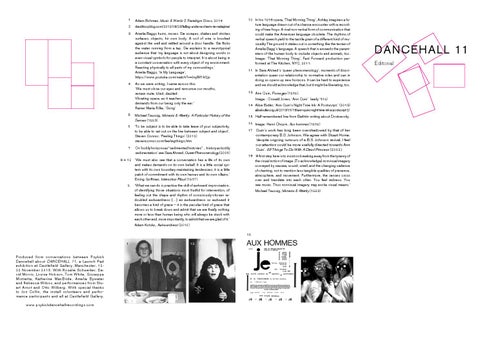 Amelia Baggs hums, moves. Sie scrapes, shakes and strokes surfaces, objects, hir own body. A coil of wire is brushed against the wall and rattled around a door handle. Sie flicks the water running from a tap. Sie explains to a neurotypical audience that ‘my language is not about designing words or even visual symbols for people to interpret. It is about being in a constant conversation with every object of my environment. Reacting physically to all parts of my surroundings.’ Amelia Baggs, ‘In My Language’, https://www.youtube.com/watch?v=JnylM1hI2jc

As we were writing, I came across this: ‘We must close our eyes and renounce our mouths, remain mute, blind, dazzled: Vibrating space, as it reaches us demands from our being only the ear.’ Rainer Maria Rilke, ‘Gong’

Michael Taussig, Mimesis & Alterity: A Particular History of the Senses (1993)

‘To be subject is to be able to take leave of your subjectivity, to be able to set out on the line between subject and object’. Steven Connor, ‘Feeling Things’ (2012) stevenconnor.com/feelingthings.htm

‘We must also see that a conversation has a life of its own and makes demands on its own behalf. It is a little social system with its own boundary-maintaining tendencies; it is a little patch of commitment with its own heroes and its own villains.’ Erving Goffman, Interaction Ritual (1967)

‘What we can do is practice the skill of awkward improvisation, of identifying those situations most fruitful for intervention, of feeling out the shape and rhythm of consciously-chosen redoubled awkwardness […] an awkwardness so awkward it becomes a kind of grace – it is the peculiar kind of grace that allows us to break down and admit that we are finally nothing more or less than human being who will always be stuck with each other and, more importantly, to admit that we are glad of it.’

10 In his 1968 opera, ‘That Morning Thing’, Ashley imagines a future language drawn out of a chance encounter with a recording of tree frogs. A rival non-verbal form of communication that could make the American language obsolete. The rhythms of verbal speech yield to the tactile grain of a different kind of musicality The ground it stakes out is something like the terrain of Amelia Bagg’s language. A speech that is exceeds the parameters of the human body to include objects and animals, too. Image: ‘That Morning Thing’, Fast Forward production performed at The Kitchen, NYC, 2011. 11 In Sara Ahmed’s ‘queer phenomenology’, moments of disorientation queer our relationship to normative roles and can in doing so opens up new horizons. It can be hard to experience and we should acknowledge that, but it might be liberating, too. 13 Ann Quin, Passages (1969). Image : Oswald Jones, ‘Ann Quin’ (early ‘60s) 14 Alice Butler, ‘Ann Quin's Night Time Ink: A Postscript.’ (2013) alicebutler.org.uk/2013/06/18/ann-quins-night-time-ink-a-postscript-2/ 15 Half-remembered line from Bakhtin writing about Dostoevsky. 16 Image: Henri Chopin, Aux hommes (1969) 17 Quin’s work has long been overshadowed by that of her contemporary B.S. Johnson. We agree with Stuart Home: ‘despite ongoing rumours of a B.S. Johnson revival, I feel our attention could be more usefully directed towards Ann Quin’. 69 Things To Do With A Dead Princess (2002). 18 ‘A first step here is to insist on breaking away from the tyranny of the visual notion of image. [To acknowledge] nonvisual imagery conveyed by nausea, sound, smell, and the changing cadence of chanting, not to mention less tangible qualities of presence, atmosphere, and movement. Furthermore, the senses cross over and translate into each other. You feel redness. You see music. Thus nonvisual imagery may evoke visual means.’ Michael Taussig, Mimesis & Alterity (1993) 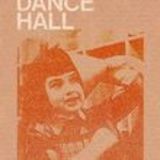 DANCEHALL is a publication, shaped by collaboration and an interest in the exploration of sound across different disciplines, such as live m...

DANCEHALL is a publication, shaped by collaboration and an interest in the exploration of sound across different disciplines, such as live m...