For that past mistakes do not occur anymore….

We are a nonprofit organization, formed by professionals and academics from various disciplines (architecture, sociology, urbanplanning), we seek to influence the course of reconstruction after the earthquake in Chile on February 27, 2010. We have participated ininstances of research, management of the reconstruction and promotion of local organization is indifferent affected areas of the country, both damaged by the earthquake and tsunami.

Chile is a country of natural disasters. After the last earthquake and tsunami of 27 February 2010, Chile had an impact with mass casualties and material destruction across the central south. Culturally in Chile, society reacts to the negative stimulus,there is little internalization of pre-and post-disaster prevention. This is demonstrated by the inefficient construction system, both in its conceptualization of the designand construction process control, lack of reaction protocols, regulators nefarious plans, placing cities in natural hazard areas, the social earthquake in Concepcion, the late arrival of military forces to organize the city and the lack of a stndard seismic construction of adobe, are some of the errors that arise after the earthquake.

Alto Rio Building became violently, from a a pioneer housing building in urban redevelopment area ,to the icon representing the disaster of 27/F, both regionally, nationally and internationally because of the extent of damage and unfortunate loss of life that occurred after its collapse

Building of 15 floors and 2 underground. 113departments. At the time of the earthquake was 70% sold. With the collapse of Building 8 people died and 64 families were left homeless. Most young couples composed. It has created a Disaster Relief Community Organization bringing together 106 people (35 families). Currently, many victims are relatives, rented other houses or have migrated to other cities. The experts' reports (IDIEMUniversidad de Chile) are categoric about the faults that caused the collapse of the building. Making it clear serious inconsistencies between design and construction.

What brings us to get her is to cause in Chilean society a process of remembrance and education against natural disasters in the place where the ruins of collapsed Alto R铆o Building in Concepci贸n (Region of Bio Bio). We intend to honor the memory of the direct victims of 27F, while imparting knowledge and useful knowledge for future generations to face major disasters

As international post-disaster reconstruction experiences have shown, recovery of cities should also point towards the rehabilitation of social and cultural fabric, giving special relevance to the recovery of social relation sand identity of a place.

SPREADING THE IDEA VIA MASS MEDIA

They pose a museum in the middle of ground zero

On September 3, 2011, the organization of victims of the collapsed Alto Rio building give their backing to the idea of establishing a Memorial Center of Documentation and Seismic Education. From this milestone, it generates a virtuous association to carry out the project

The project team held a meeting with the representatives of Japan International Cooperation Agency -Chile Office(JICA)to introduce the initiative and its linkeage with the Japanese model as a conceptual and management reference.

Under a city ordinance was given the order to demolish the ruins of all the buildings in the city of Concepcion that collapsed in the earthquake of 27F, including Alto RĂ­o Building. This milestone accelerate efforts to establish this place as the future site for the Memorial Center, protecting its symbolism as a place of memory 27F for the in habitants of the city. During the months of September and October of 2011 was initiated the demolition of the ruins of the Alto Rio building, which were carried out with public funds through the Ministry of Public Works. The method used to execute the demolition was through cutting machines became smaller debris in a time of 4 weeks.

Through an agreement with the demolition company and the Ministry of Public Works, the project team achieved preserve the structure of the building foundation sand underground parking garages to not be demolished and could serve as a basis for future Memorial Center After the demolition, these items would be covered with debris of the same building, waiting for future retrieval...

THE ALTO RĂ?O FOUNDATION It has been decided to establish an institutional framework that gives support and outreach to the idea of lifting the Alto Rio Memorial Centre from the ruins and from the memory of the collapse. The Alto RĂ­o Foundation is the repository of the city's desire to preserve the memory of what happened and prepare communities for such events do not occur anymore.

LOCAL PARTNER SHIPFOR A GLOBAL DESIRE ORGANIZATION EARTHQUAKE VICTMSALTO RIO BUILDING Alto Río Foundation is based on the association's founding three organizations representing local forces who understand and appreciate the need to realize the dreams of people around the Disaster Reduction and Human Renovation.

DISSEMINATE information to enhance the seismic culture of our country, through registration and documentation of the event and its consequences 27F in the territory, society and every day life of the affected population.

PRESERVE the memory of what happened the morning of 27 February 2010, where product of the structural collapse of the building, 8 people were killed and 64 families lost their homes completely.

the population to future seismic disasters, delivering information, training and knowledge to be better prepared personally and collectively, to improve their organizational capacity and response to large-scale crisis.

Alto RĂ­o Foundation is built as a space of regional representation, bringing together stakeholders and neighborhood institutions, professionals, business, academic, research and local government. This will generate a City Government Council leading the strategic orientation of the Foundation, that run through its Operational Directorates.

The program of the Alto Río Memorial Centre is structured as a compilation of activities, spaces and precincts suitable to meet the objectives of the Foundation: To preserve, disseminate, prepare. The final design of the Memorial Center will be the result of a participatory process open to international level 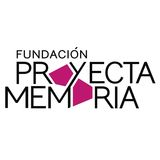