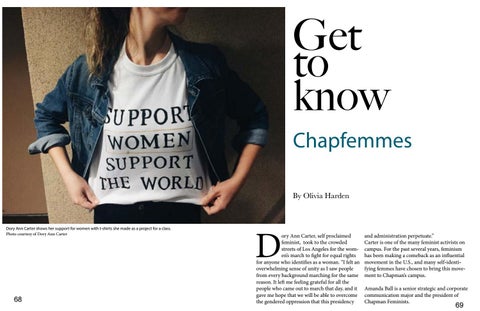 Get to know Chapfemmes By Olivia Harden

ory Ann Carter, self proclaimed feminist, took to the crowded streets of Los Angeles for the women’s march to fight for equal rights for anyone who identifies as a woman. “I felt an overwhelming sense of unity as I saw people from every background marching for the same reason. It left me feeling grateful for all the people who came out to march that day, and it gave me hope that we will be able to overcome the gendered oppression that this presidency

and administration perpetuate.” Carter is one of the many feminist activists on campus. For the past several years, feminism has been making a comeback as an influential movement in the U.S., and many self-identifying femmes have chosen to bring this movement to Chapman’s campus. Amanda Ball is a senior strategic and corporate communication major and the president of Chapman Feminists. 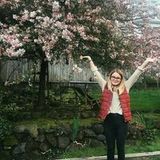