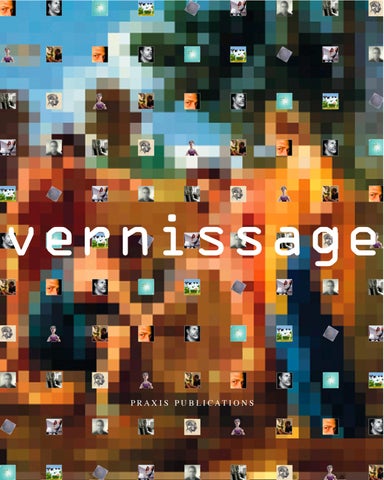 IN THE BEGINNING there was Germán Britch and he started a group called ! Amor odio Roma oído on Artreview.com, an online artists social network. His posts were bizarre and witty and he soon attracted like minded misfits from all over the world. Louise and Cora, Osvaldo and myself and many others.... It became the hottest page on Artreview.com – the sort of place you’d want to check into to see what was what. Quite quickly games began and oh what jolly fun was had by all - call and response, linguistic gymnastics, snakes swallowing words, exquisite corpse a go go! All fun frantic throwaway nonsense, quick witted and open to all – unfortunately open even to trolls. And one day one such came along and trashed the games and spoiled the fun and wouldn’t go away and Germán closed the site and we were glum. Very glum. Time dragged and dragged and Louise said “Mike, start a private group for the active people on Germán’s site and add some friends”. And not wanting to argue I did. And we called it PRAXIS as in practice ! as ! distinct ! from ! theory, in the application!or!use of!knowledge!or!skills. We wanted it to be an active group and I wanted it troll free, “a safe place to play”. Louise has defined it rather more formally as “an international group of creative people who meet on the internet and collaborate on innovative arts projects”. And we are and we do and together we have brought several collaborative projects to fruition. These can be viewed at: Public PRAXIS. The active participants may change from project to project and for a variety of philosophical, personal and/ or real world reasons, people may leave the group or go dormant but PRAXIS continues and remains a safe place to play. VERNISSAGE, the first edition of the PRAXIS magazine hopes to introduce you not only to the group but to its members and the practice of those members: to give you a taste of the richness and variety of their work and to let you follow the links and your imagination to explore their oeuvres more fully. Enjoy! ! MIKE HINC : Praxis Creator

VERNISSAGE is an introduction to Praxis based around a series of collaborative collages and is, to quote Osvaldo Cibils who inspired the idea,“a photo of a room and in this photo-room each inserts their own presence.” Five ‘photo-rooms’ are featured here.

ET IN ARCADIA WE GOcopy.jpg in pixels

Reply by W.T.Richards 9 hours ago As requested.

‘Leaving Brisbane’ from The Journeys of Esmarelda a postal c

ollaborative journal between Pennie Steel and members of Praxis.

My work currently takes inspiration from both historical and contemporary sources. The images I paint seek to pose questions regarding our notions of protection and the price of such provision in the modern world. As such, a recurring theme of the figure in the landscape seeks to evoke darker aspects of our humanity and the multifaceted roles within our precarious existence. Are the apparent figures here to help, or do they have some other macabre agenda? Do the crowds, located in the images attempt to applaud, beg or appeal for assistance in escaping their plight? Historical context and contemporary issues often combine to depict scenes of a dystopian ambiguity. Aspects of both self-preservation and paranoia are also visually apparent through the presence of masked figures. The reason why these figures hide their faces remains deliberately unclear; do they hide to protect themselves from disease? Are they performing acts of criminality? Or are the masks part of a more specific ritual that has its basis in tradition and superstition? The painting process connected to these images has no clear pathway or formula other than the unpredictable nature of how my work develops. In this way I feel that nothing can ever be overlooked with regards to source material and a diversity of influence. Indeed, the traditional practice of primary observation, photographic sources and the vast catalogue of art history are often forced into a visual dialogue with more current themes including references to modern popular culture such as comics and illustration. In this way my paintings have no specific story, or sense of narrative in a linear sense; rather my work seeks to fuse together hints of past events with potential future catastrophe. 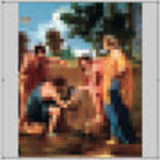