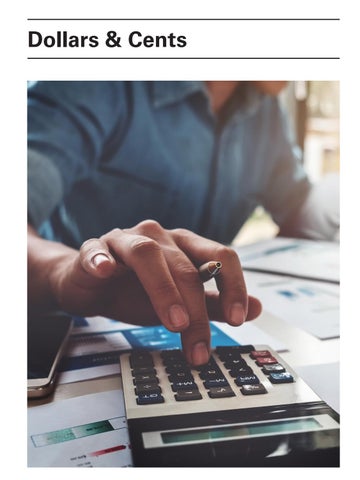 What is likely to happen in Canada regarding the economy, taxes and interest rates? What about the demand for owner-occupied housing and rental housing?

To predict the path of the economy, economists generally look at four main drivers of economic growth, namely government stimulus, exports, consumer spending and business investment. These four drivers still apply to a situation like the COVID-19 pandemic.

In 2021, the US economic stimulus is expected to top Canada’s government stimulus, which is itself high. Subject to the extent of protectionist measures, a strong American economy bodes well for Canadian exports, which are largely driven by the state of the American economy.

Is the level of Canadian government debt a concern? Will it drive tax increases? Probably not, because governments never pay down much of their debt. The chart below shows the Government of Canada’s use and payment of debt since Confederation. Governments simply roll over their debt until it becomes insignificant due to economic growth and inflation.

However, in response to the Liberal government’s inclination, Canada appears to be increasing social spending, so that total federal government spending will be about 18% of GDP on a go-forward basis, up from its recent 20-year trend line of 15% (and well down from the pandemic bump to 35%). The main increase in structural spending is forecast in childcare, and then later, possibly in pharmacare. Those increases will require some tax increases, such as an increased inclusion rate for capital gains on stocks, taking some carbon tax revenue into general revenue, and possibly an increase in the GST. (One per cent in the GST would generate $7B of revenue per year, or about half a percent of GDP.)

What about consumer spending? A huge proportion of the population was untouched financially by the pandemic. Almost all highincome and middle-income earners did not lose their jobs. They also saved money due to less commuting, less travel and less eating out. In some cases, households received CERB when they did not need it. As a result of that, households are sitting on excess cash; and so, consumer spending should be strong. Consumers just need to believe we are past the pandemic, and they will spend. Non-Personal Deposits ($Bn.)

What about business investment? Buying new equipment and new software? Opening new lines of business? Business investment should be strong too, since businesses also have excess cash, which makes it easy for them to invest. Businesses just need to believe we are past the pandemic, and they will invest.

What impact has COVID-19 had on house prices? The increase in house prices has been most pronounced in the areas around major urban centres, increasing with the distance from the city centre. See especially Ottawa and Toronto in the chart. (Those markets may retrench when employers’ expectations about a return to work are clear. Market rents in purpose-built rental housing have seen a similar geographic effect, with the suburban rental markets staying strong while urban centres retrenched.) What impact has COVID-19 had on the desire to work from home? Or at least, what is the desire to work from home now? That varies only slightly by age, but more largely by industry sector. Teachers, at all levels, want to see their students in person.

Percentage of Workforce By Amount of Work Done at Home (%)

Many employees expect to go back to their offices full time, and their employers certainly expect them to do so.

Expected to Continue After COVID-19

Another factor driving rental demand is immigration. Due to COVID-19, immigration fell off, but that reduction in the annual population increase (and in rental demand) was cushioned by Canadian citizens returning to Canada and by non-permanent residents already in Canada, who were allowed to over-stay their visas, and are now being fast-tracked for permanent residency and citizenship. There is also an enormous potential inflow of Canadian citizens who currently live in Hong Kong, a total of half a million people with the right to live in Canada, and the inclination to do so when changes imposed in Hong Kong by the Communist Chinese government of the mainland make a move to Canada the desirable thing to do.

Also relevant to the rental market is the supply of rental condos. Here is the cash flow position of newly closing condos which are offered for rent. Investment in condos for rental occupancy remains strong. About 30 to 35 per cent of investors are in negative cash flow comparing their carrying costs with market rents for condo units. However, investors with negative cash flow see that cost as the price to pay for an investment which will appreciate in price by more than their negative cash flow. They still believe price appreciation will be strong. Despite that investor interest, governments should encourage purpose-built rental development, as a better long-term solution to housing affordability; and in fact, as the only viable longterm solution to housing affordability.

Prepared by Benjamin Tal and CFAA with graphics from Benjamin Tal’s presentation for CFAA on April 22, 2021, and some updated information. ABOUT THE AUTHOR Benjamin Tal is the Deputy Chief Economist at CIBC World Markets. Well-known for his ground-breaking research on all major sectors of the real estate market, on credit markets, and on business economic conditions, Benjamin frequently sets key elements of the public policy agenda. He is also a big believer in the value of a strong residential rental sector. As well, Benjamin has been the keynote speaker at many CFAA conferences over the years. CFAA thanks Benjamin for his support. Content provided by CIBC World Markets