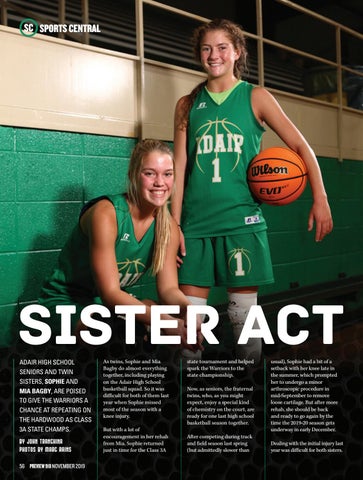 SISTER ACT ADAIR HIGH SCHOOL SENIORS AND TWIN SISTERS, SOPHIE AND MIA BAGBY, ARE POISED TO GIVE THE WARRIORS A CHANCE AT REPEATING ON THE HARDWOOD AS CLASS 3A STATE CHAMPS. by john tranchina photos by marc rains

As twins, Sophie and Mia Bagby do almost everything together, including playing on the Adair High School basketball squad. So it was difficult for both of them last year when Sophie missed most of the season with a knee injury. But with a lot of encouragement in her rehab from Mia, Sophie returned just in time for the Class 3A

state tournament and helped spark the Warriors to the state championship.

Now, as seniors, the fraternal twins, who, as you might expect, enjoy a special kind of chemistry on the court, are ready for one last high school basketball season together. After competing during track and field season last spring (but admittedly slower than

usual), Sophie had a bit of a setback with her knee late in the summer, which prompted her to undergo a minor arthroscopic procedure in mid-September to remove loose cartilage. But after more rehab, she should be back and ready to go again by the time the 2019-20 season gets underway in early December.

Dealing with the initial injury last year was difficult for both sisters. 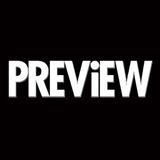