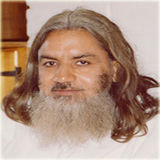 Prabhushri Swami Amar Jyoti was born on May 6, 1928 in a small town in northwestern India, not far from the banks of the Indus River. Swami Amar Jyoti lived in Calcutta and later on the outskirts of the city in a quiet ashram where He pursued classical music, sitar, religious studies and prayer. It was during this time that visions began awakening in Him. He began to meditate and do yoga and attended puja (traditional worship) at a nearby temple of a well-known saint. Immortal Light: The Blissful Life and Wisdom of Swami Amar Jyoti, a Biography. Check Out MY Books===>>>