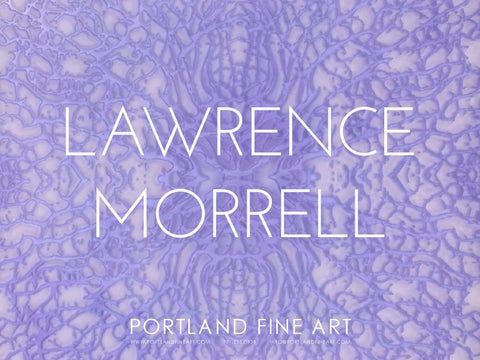 filled with thousands of illuminated fiber-optic strands that softly undulate with color.

structures in luminous and intricately textured glass. He is also preoccupied by the new science of Synthetic Biology. Similar to the way scientists may re-engineer

US Embassy in Qatar as a part of the Art in Embassies Program. Here is what art

imaging software to reorganize images from the natural world to use in his work. His

critics are saying about Morrell’s artwork:

carved glass sculptures are informed by these images, describing a refined surface of dense, organic textures in this very solid yet translucent material.

between green, pink and electric blue. The artist is at an interesting point in his

for Cartier, Saks 5th Ave. and a two story glass facade for the Milennium at Times

career, as his work is at a cross-roads of geeky, gee-whiz romanticism and the

Square Hotel. Collaborating with other artists, he created the New York Vietnam

Veterans War Memorial in carved, illuminated glass. He was interviewed on National

as exemplified by Robert Irwin (and James Turrell... In pieces like this, Morrell proves

Public Television on The McNeil Lehrer News Hour about the experience. In 1995 he

he has the chops to rise above the curb appeal of “Ooh” and “Ahh!” without

sculpture for The Portland Center for the Performing Arts. Inspired by the lush, botanical diversity of Oregon, he created a glowing, spiral glass staircase. The

Speer’s art reviews, and feature articles have appeared in Newsweek, Salon, ARTnews, Art Ltd., and The Los Angeles Times. Speer is the author of the 2005 biography of Outsider artist Matt Lamb, Matt Lamb: The Art of Success.