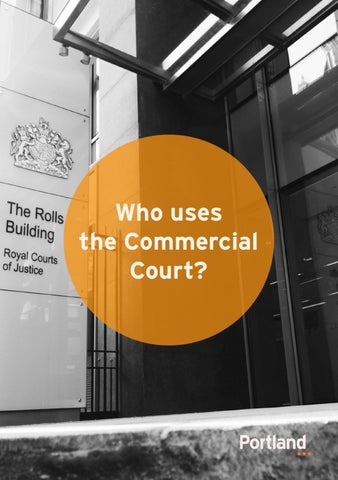 Who uses the Commercial Court?

The Portland Disputes practice study, Who Uses the Commercial Court?, found that foreign litigants dominate the Commercial Court while British litigantsâ&#x20AC;&#x2122; use is decreasing. Portland undertook this research to inform the debate about the influx of foreign cases to the British courts, which was sparked by the blockbuster Berezovsky v Abramovich trial. The study reviewed all 705 judgements from the England and Wales Commercial Court between March 2008 and March 2013 and, for the first time, recorded the nationality of the parties involved.

About Portland The Portland Disputes practice specialises in managing highstakes and sensitive issues for individuals, corporations and institutions involved in a legal dispute. The Portland team is drawn from the worlds of politics, media and business. Our professionals have led communications in military conflicts, political campaigns, high-profile legal battles and transactions.

ur ings Over the period of five years, 35% of all parties were British while the rest were foreign. The number of foreign litigants grew by 30 percentage points while British nationals decreased by 11 percentage points.

The number of European litigants

in the Commercial Court increased by

litigants comprised the next biggest

parties together constituted about

that has decreased since 2011.

Methodology Portland reviewed 705 judgements handed down by the Commercial Court of England and Wales between March 2008 and March 2013. The judgements are the source of the data, augmented by research to identify the nationalities of the parties. This is because judgements are consistently

recorded and reflect a legal action that has gone past the early stages. When reviewed over years, this provides a substantive measure of the nationalities in the court system and the legal teams acting for them. Students from the School of Law at the University of Westminster provided research support. 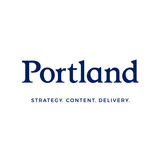 Who Uses the Commercial Court?

Who Uses the Commercial Court?