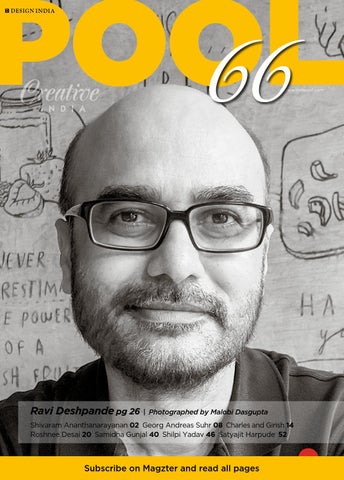 Sudhir Sharma with the most awesome designers of our time; NID 1983 batch reunion at Ahmedabad (Gujarat)

How to Be an Amazing Designer Good is good, but amazing is the best. It is a delight to work with an amazing designer. We all learn the same tools of design at design school; we also get very similar shots at success. However, only a few of us get very far, while others fall into the trap of complaints and cribbing. What they don&#39;t teach us yet at design school, or any school, is the attitude that we need to be amazing. And yes, the final fine difference is only the attitude. I am listing a few pointers here; there are more but you could start with these right away. Remember, these will not cover up your bad skills or half-knowledge; they will work only if you are already one of the best. Go ahead...become amazing! 1. Own it You have to treat the company or the place you work at as if you own it. Become a part of decision making, be selfless and look at growing the mission with zeal that matches that of your boss. Be concerned about waste of time and resources; be helpful in making it better.

2. Be brand ambassadors Look for opportunities for your company, your boss and your colleagues; help them grow with information and resources. Network actively on behalf of your company, see growth as a collective mission and don&#39;t dump it on your boss alone.

Designindia was founded in 2002. It was started as a platform for interaction for the design community in India and abroad. Over the years it has grown into a forum spread over many social and professional networking domains, linking design professionals into an active, interactive and thought leading community.

3. Change before change is needed Amazing designers are proactively looking to change procedures and processes even before they become clear to everyone. They anticipate change and give advance warning; they hand-hold through the changes. Changes in time are painless and greatly admired. 4. Be quick to tell as it is Amazing designers understand that hiding bad news helps no one. They gently break the bad news as soon as they discover it. It is important that damage is controlled, whether it is about delays, or changes in specs, or anything else - they tell the truth asap. 5. Explore and learn No one expects any one of us to know all. The world is changing fast - technology, information, specs, geography - many things change quickly. Amazing designers have this capacity to learn. They are always seeking new information and learning. They apply learning in real time. It is always preferable to have a designer who learns rather than a designer who knows. Yes, it&#39;s true, many of these are part of the &#39;Design Thinking&#39; process, but if you make this a part of your attitude, you become awesome.

Where did the paper trail begin? SA: My father was in the Indian Navy and I spent my early childhood between Mumbai and Chennai; after he retired in 1997 we settled in Vasco da Gama, Goa. My parents opted for the homeschooling system for my brother and me (I quit regular school in class 7, and my brother in class 9). This led to us traveling and exploring other interests such as music, sailing, pottery and many more creative avenues. Exposure to various art, craft and creative media at a young age has subconsciously been absorbed. My experiments with other mediums of art, music and interacting with people with a creative bent of mind also influenced me. While I did my degree in Indian classical music (I play the guitar and flute), a career in art and design was an obvious choice as I had been folding and designing with paper my whole life. I began my tryst with folding paper at a very early age and my aptitude for the fascinating Japanese art of paper folding, origami, was spotted by my mother. This led to my first solo origami exhibition at the Government Museum, Chennai at the age of nine. Following this I had solo exhibitions at various prestigious art galleries across the country including the Nehru Center, Mumbai; Lalit Kala Academies at Chennai and Delhi; Chitrakala Parishad, Bangalore; and Kala Academy, Goa. Tell us about ‘In the Fold - Heritage Structures of India’. SA: Over the years I have seen numerous books on Indian heritage buildings and structures that delve into their various architectural and historical aspects. However, all these books are in the two-dimensional printed formats with photographs and 2  POOL #66

Saving the silkworm Let me start with a little background. After spending almost a decade in the Indian and international fashion market, designer Chandra Prakash Jha decided to pay attention to his own native state of Jharkhand, where most of the people live in extreme poverty. Jharkhand is known for silkworm cultivation; their cocoons are world famous, but most of the people involved in cocoon cultivation hardly have any idea about its worth. They sell the entire cultivation to agents for a really low price. These agents sell it to other agents and it goes on from one agent to another. In the entire process everyone makes money except the poor tribal people who work hard on the cultivation. Prakash decided to stop this tradition, and to utilize the cultivation of cocoons to make silk in Jharkhand. He founded ‘cocccon – creativity can care’, and his main goal was to involve the local community in order to create an economic perspective. They started to work on a biological and non-cruel process to grow and cultivate silkworms without using any kind of pesticide, fungicide or genetic spray. Involvement of local women groups was vital; most of the piercing of cocoons, reeling, and twisting is done by local women. The women were trained initially and later directly 8  POOL #66

Science to storytelling I have always been a design and literary geek. Graphics and stories have always excited me. My childhood books would be filled with drawings from labels and cartoons, my own writings, graphic novels and comic strips. When the internet came, I was quick to adapt and at 13 was doing basic HTML coding to make my blogs pretty (often too shiny). However it is not until I studied science in Junior College in Mumbai, and won Best Script at an inter-collegiate RJ contest hosted by the radio station Go 92.5FM (now Radio One) that I realized that science wasn&#39;t my calling; creativity and storytelling was. That&#39;s why I decide to take up Bachelor’s in Mass Media at Wilson College, where I graduated in advertising. Here I further sharpened my storytelling skills and my design abilities. While studying, I freelanced with MTV as a content provider for their website. Since

I could write and design both, it was a dream job to have! On graduation, I joined MTV as a motion designer and taught myself everything on the job. Though it was rewarding, I had to work harder than people who had been to design schools. I often felt like an outsider, always questioning myself and my work. I taught myself everything, and read a lot. I think by the end of it, I can safely say I have probably read up and studied more on design than most people who went to design schools! Moving to motion In 2008, while at MTV, along with motion graphics, I started my own line of printed cushions called the Batootas. This was all before brands like Happily Unmarried and Chumbak became mainstream. The cushions got featured in many places and got sufficient popularity, but I was too young to know how to grow the business and soon wrapped up the entire thing. I then joined Saffron Brand Consultants, where I worked with the late Mr. Wally Olins and got to work with some wonderful international designers. This opened up my mind to a lot more possibilities. I worked

ASK WHY After almost three decades in the advertising business, Ravi Deshpande has understood the importance of asking why. Currently Chairman and Chief Creative Officer of Whyness, an integrated communications agency, he has been hailed as a legend in the Indian advertising industry. Here he allows POOL to ask the questions!

Where did your journey as an illustrator begin? SG: Being a rebellious child, I never wanted to go with the flow. I always loved drawing and craft and wanted to pursue my dream career in drawing. I opted for a Bachelor’s degree in Architecture, during which I developed an interest in designing. I hail from a small town and had no exposure to the design field before that. Getting into IDC IIT Bombay for M. Design was the major turning point in my life; I specialized in animation.

PURE AND SIMPLE Where her designs are concerned, Shilpi Yadav of Kharakapas believes in going back to the basics What initially captured your imagination about design? SY: I think everyone dreams of creating something of their own. From the very beginning this is something I really wanted and I took the steps to build up to it. I studied and practiced design as often as I could, in whatever way I could. I am a commercial art graduate from College of Art (Delhi); then majored in apparel design from NID Ahmedabad; and went on to do a Fashion Marketing Master’s from FIDM (Los Angeles). The effort I put in was for my passion and the long hours never bothered me. The urge to create and design is a form of expression for me. My Gurgaon-based company Kharakapas is a natural extension of this. How did ‘Kharakapas’ happen? SY: In Hindi, ‘Kharakapas’ means ‘pure cotton’. I wanted a name that signifies purity

in all its manifestations. Purity is something that we strive for throughout our designs, in the fabrics we use, and the way we want to conduct ourselves as an ethical business celebrating India’s variety in techniques and traditions. At Kharakapas we have resolved to work with Indian crafts and the handloom industry. We work with cotton and other natural fabrics like jute, flex, linen and khadi. We try to do our part by promoting fair trade and attempt to preserve India’s ancient crafts and honor them through our work. Kharakapas clothes are meant for anyone and everyone - they are an expression of my personal style. Our designs are simple and fluid. We make the finest blend of earthy colors, versatile prints, and minimalistic design that are a celebration of the uninhibited spirit of style. It’s going back to basics; simplicity at its best. What challenges did you face in setting up this venture? SY: Kharakapas, of which I am Creative Head and Director, will complete a year in February, and it has been a very exciting one. When we started there was passion but a lot of ambiguity. With any new venture, there is 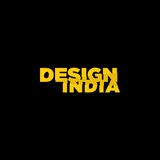