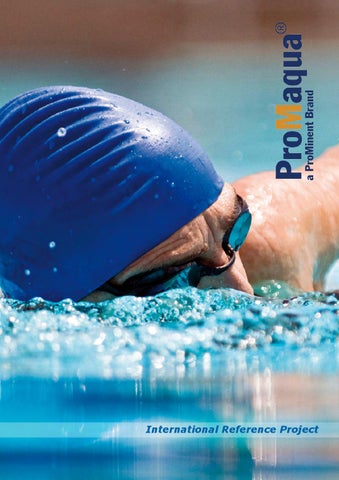 LONDON OLYMPICS 2012 Optimum water quality for Olympic world records Even without high-performance competition swimsuits, the athletes at London 2012 set an impressive nine new world records at the city’s Aquatics Centre. In 34 competitions, a total of 950 Olympians were put through their paces in swimming, diving, synchronised swimming and the aquatics discipline of the modern pentathlon. With the exception of the 50 marathon swimmers, all used the various pools at London’s Aquatics Centre. And the crystal-clear, hygienically pure water - and therefore optimum competitive conditions - are provided by sophisticated water treatment systems from ProMinent. The DULCOTEST® sensors continually and reproducibly measure all the relevant parameters, in even the smallest concentrations. A multi-parameter measuring device from the DULCOMARIN® II product range and amperometric sensors, in conjunction with diaphragm metering pumps from the delta® range, are used to maintain the high quality of water in the training and competition pools. So the athletes can give their all without worrying about potential irritation or damage to the skin, nose and eyes. And for spectators, there is no unpleasant odour. The organisers of the Olympic Games have been relying on water treatment and disinfection technology from ProMinent for many years. In fact, the Heidelberg-based company’s efficient technology was first used at the Munich Olympics in 1972, followed by Seoul, Barcelona, Sydney, Beijing and now London.

Bathing in paradise The luxury Paradis Hotel & Golf Club on the south west tip of Mauritius is surrounded by azure seas and a kilometre long sandy beach. It is also where you’ll find a reliable and independent water supply. Constant water supply To avoid water shortages in stormy weather and to ensure first-class potable and pool water quality, the hotel management decided to install modern ProMaqua® treatment systems and hygiene technologies for the 286 rooms, suites and bungalows and large pool complex. Complete solution from a single source Every day two sea water desalination systems produce 800 m3 of hygienically pure potable water. Each system comprises three sand filters, a reverse osmosis system, a re-mineralisation filter and several metering systems for upstream and downstream treatment. A chlorine dioxide generation system is used to disinfect the potable and process water and to prevent legionella. In order to fully automatically treat the swimming pool water, the hotel uses metering systems for disinfectant and pH control as well as measurement and control systems for all water parameters. Reduced costs are an added benefit The investment made by the operator of the Paradis Hotel & Golf Club paid for itself several times over within a few years. The luxury hotel produces all the water it needs itself regardless of the changing seasonal weather. The minimal use of chemicals and reduced input from staff thanks to automated water treatment with remote control also result in significant cost savings. But most important of all is the satisfaction of the hotel guests – after all, who wouldn’t pass on the opportunity to bathe in paradise! 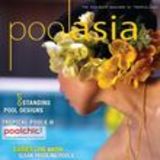